Wenatchee is full of smoke. I like the smell of smoke. I don't mind an exciting day on the fire line when the hotshot crews are lighting off big sections of forests and it's really amazing to watch, even when the smoke is swirling around and saturating everything in my rig, including sandwiches, medical gear, fig newtons... I don't mind all that. But when smoke has displaced more than 79% of the air we're breathing for several continuous days, it isn't much fun. I tip my hat to the Wenatcheeans who have maintained a (mostly) positive and grateful attitude in spite of the smoke hanging in the air, even inside of their Target Store. That's kind of a surreal sight. A haze of smoke over the cosmetics. I only know because I had to stop there to get Candy Corn M&Ms. Which, incidentally, are weird, but hard to stop tasting.

I'm really grateful for being able to be here, making money. I'm grateful that no one has taken it upon themselves to get seriously hurt, even though some thug in an engine just promised me he was headed out to try. Some people will do anything for attention. I'm thankful that I get to do something that, while from a socio-economic standpoint, is a ginormous, inefficient waste of resources, is also exciting and means I get to see really cool places like Peavine Canyon, where it's cool to live in a gutted rambler trailer as long as you put Christmas lights on it. Or Squilchuck Road, which I think is pretty much the coolest road name EVER. Or Beehive Reservoir, where I can't tell if the water is really translucent grey or that's just the reflection of the smoke. But it's pretty. And I haven't found any beehives. I'd like to stay here for the rest of the fire A) because I have cell coverage, unlike Peavine, and B) because there is a bathroom, of sorts. Not that I am too good to squat in plain view of the Entire World, as I was pretty much forced to do at least 1000 times in godforsaken McDermitt. I don't have much pride left in these areas, but the toilet paper sure is nice. As far as public peeing goes, I have had to adopt the perspective, in certain settings, that if somebody is looking, it serves them right when they see something I am pretty sure nobody wants to see.

Enough about peeing. Let's talk about reading. Fire time is one of the rare opportunities I get to really read. Usually I am good at burning through some literary junk food, Clive Cussler is a favorite. This summer, however, I decided to lean philosophical and brought along Atlas Shrugged. Three fires in and I am finally 3/4 of the way through it. Far enough in to say: it should be required reading, and has somewhat re-established my wavering views on conservative politics. So read it. Not so you can be a conservative, because it's my personal opinion that a lot of conservatives are kind of silly, but because it makes you THINK. And I think that thinking is something that nobody does enough of anymore, liberal or conservative. My goal is to get this book done on this fire, which will cut into my rambling time - but maybe I will have smarter things to say on the other side. In an attempt to not overload my brain, I am balancing Atlas Shrugged with crappy pop music (only between marathons of The Carpenter) and Candy Corn M&Ms. There's a certain irrational feeling that tells me I am somehow burning calories by reading the 1074 page novel, thereby justifying perpetual tasting. Also, I committed to read a book for a book club that I have loosely associated myself with, but feel I should finish AS before I start Tar Baby. So, you're next, Sue. If I can figure out a way to get my copy delivered to me here. My favorite would be if my super awesome mr mom hubby could come join me on this fire with my new book in hand and we could spend the next ten days making copious amounts of money and hanging out together. Because I miss him. And my crazy kids. But I think the fire would actually charge me if my kids showed up here. Except for Natalee, who would probably have the entire medical unit, supply cache, and inmate kitchen organized in the first hour after she arrived.

Speaking of inmate kitchen - a peculiarity of Washington DNR fires is the kitchens that are run entirely by convicts from State Prisons. Somehow it is socially counterintuitive to feel comfortable having a bunch of felons cooking your food, but they do a pretty good job. My biggest complaint is that these kitchens have always come equipped with tables that you have to STAND at to eat. They hit just above your waist, and truth be told, there nothing more unappetizing than watching 800 dirty firefighters dropping food from their mouths to the ground and table, as somehow the extra inches of travel via fork make perfect aim impossible. I suppose this methodology saves money on food for lost appetites, people too tired to stand and eat, and the rush it makes you feel in to get done and move on. I can't help but feel like its very similar to a soup line of the depression, filthy bums shuffling through, exhausted, defeated, and ultimately insulted by no offer of seating for a decent meal. While we're going about wasting boatloads of money on bottled water and Gatorade that does as much damage as good, maybe we could get some freaking chairs? I dunno. Just a thought. 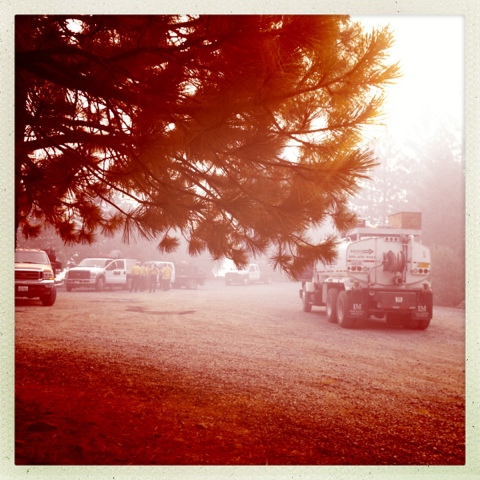 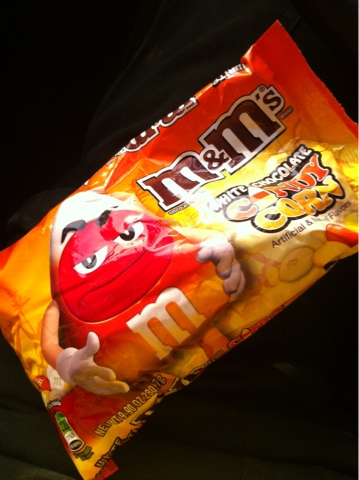