Things That Are Worth Doing Well

In addition to my children, a series of failed relationships, my happy marriage and my dog's potty training, there are enough smallish things that I have done incorrectly to make me step back and evaluate how I operate. Thank god most of the mistakes that I make on a daily basis are, for the most part, fixable. 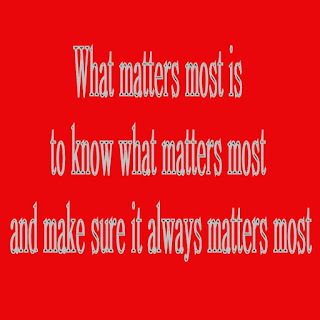 It dawned on me, a couple of days ago, as I was merrily painting my way through some furniture and frou-frou stuff that I have been putting off since we moved into this house (and possibly Much Longer) that I am a master short-cutter. I am a champion at taking the easy way to - well, pretty much everything. A poignant example of corner cutting stems back to when I was a 14 year old in a sewing 4-H club, where the leaders taught us to weight the sewing pattern on the fabric before cutting with a variety of household products (i.e. soup cans, irons, over sized brass jacks) rather than pinning the periphery before a cut. My grandmother, who was an expert seamstress, was livid that we were being taught such shortcuts. And rightly so. Yes, dealing with 15 thousand straightpins around the edge of a stretchy knit 4 tiered flounce skirt is unfathomably annoying. But so is that same stretchy fleece bouncing back under your scissors as it escapes the grip of someones collection of glass insulators. I should have heeded the irate warning of my grandmother then, and taken it to heart, but instead I went on to seek out new ways to avoid anything that annoyed me, including early phonetics with preschool children, anything involving a rolling pin, and yielding any arguable points in a conversation. I taught myself ways to manipulate situations until they were in a spot that I felt I could manage. As far as sewing goes, to this day that spot remains on my sister's sewing table, were I relegate all of my seamstress issues. I avoided uncomfortable child rearing situations by running away to make lattes and sell shoes - all more interesting than "SH two letter SH used at the beginning of a word, the end of a syllable, but not at the beginning of a syllable after the first one except for the ending SHIP". I am not even sure if that's how that one goes.

As far as relationships go, cutting corners is easy. With teenage kids, you just pull out the old "I am NOT even going to deal with this until you change your attitude." And then feign the belief they never change their attitude, thereby removing any obligation to deal with issues. Ever. With the Man In My Life, I have found the fast track to avoiding responsibility for my actions comes in the recurring argument that circles carefully around to a triggered response wherein he refers to my irrationality and I can just be mad that he thinks I am crazy. What more is there to deal with?

I guess what I am figuring out is that taking shortcuts isn't always as healthy as it is expedient. I know that my Loving Husband is getting pretty tired of arguing about whether or not he thinks I am insane. I know that I miss pie crust that isn't "pat in pan" and would like to make a pie with a top crust eventually, rolling pin at all. Some days I miss sewing, but the thought of unlearning my habits of hurrying through the "boring parts" is still overwhelming to me. I am trying harder when I paint or make random things to not settle for "oh it's fine. No one will notice that _____ (any variety of fairly obvious flaws)". I have even considered trying to redeem my perfect 5th grade handwriting that was eaten alive by a teenager focused more on Unique than Technique. I do believe that I don't have to be a Master Of Everything: That I can let my sister be the seamstress, my daughter be the baker and I can be the comic relief. One thing that I will always go the extra mile for is a laugh. At some point around the age of 26 I realized I had to up my personality ante when I could no longer skate by just on my Extreme Natural Cuteness. I aged out of forgivable, adorable imperfection and had to actually start working to be someone that people actually liked to be around. I think I go through seasons where I am more diligent about this than at other times - like perhaps last winter when my Darling Irish Boy called me the "Queen Of Frump". Somewhere in mid February I had forgotten that there were pants that were not sweats, and basically quit brushing my hair altogether. This is the dangerous tar pit of unemployment. I have noticed that I feel better when I try harder - when I actually clean my room periodically and wash the windows more than once a year. I like myself better when I make something that I can display from all sides, instead of hiding all my short-cut mistakes against a wall. I know my husband likes me better when I am not covering my flaws with the veil of false insult, but I am transparent about my shortcomings. But some times, well, let's just say it's easier said than done.

Life takes work. It takes attention to detail and it takes caring. Some days it's easier to care than other days. I know my challenge is choosing more carefully where a short cut won't really matter to our quality of life, and when I am short cutting not only myself but the people around me. So maybe tomorrow I will get up and be a little more thorough. And potty train my dog.
at 21 October