Things That We Fight About

I'm a little crazy. There's just no getting around it. If you've known me very long you would definitely agree with me. Every now and then, or pretty much always, if you ask my Precious Husband, I get super crazy. Like full on. As the seasons fade gracefully from a busy summer to an I-have-absolutely-nothing-to-do-with-myself fall, I have had a couple episodes that were, well, doozies. The first happened a couple weeks ago when I caught Josh red handed in the crime of possessing store bought bran muffins. I know. The audacity. For some reason, the idea that my anti-carb husband went out of his way to buy muffins at the store communicated to me my abject, dismal failure as a housewife. Suddenly, every batch of muffins or other baked goods that I have produced and he has turned his nose up at went flashing before my eyes. I saw the muffins, and managed to control my rage until I drove away, at which point I fire off a text that reads:

"Am I just a terrible cook? You can just be honest with me and I will quit trying."

Yes. I said that. Obviously, the poor, blindsided oaf could do nothing but respond defensively, which only supported my theory that he was having a full blown affair with the Safeway bakery. I was pretty sure at that point that I could never stay in a relationship like this. Somehow my Saint of a Husband talked me out of packing my oven mitts and starting over where my culinary skills would be appreciated. The totally awesome thing about all of this insanity is that a) I was working on a fire when he purchased the incriminating muffins - making it impossible for me to bake for him anyway... and b) I wasn't even premenstrual. Men of the world, I challenge you to utter a single complaint before you have faced crazy Liv. The second lapse into Total Insanity came when Josh, giggling, showed me a silly Facebook meme that made a reference to women belonging in the kitchen. An interesting joke, I thought, considering MY cooking wasn't good enough for him. Now while I'll grant that my adorable guy isn't the best at doling out praise or reminding me continuously that I am the Most Brilliant Woman in the Universe, he hasn't ever exactly demonstrated a sexist side. On this particular day, however, you couldn't have convinced me that I hadn't married the Biggest Chauvinist That Ever Lived. Holy cow. Of course he's fine with me quitting my job. Barefoot in the kitchen is where I belong! Oh, you should have heard the tirade. And then, to really make the situation Most Awesome, Josh circulated the aforementioned picture to friends of various genders asking if THEY found it über-offensive, like his irrational wife did. Josh is a brilliant guy, but lets just say this wasn't one of his brightest moves ever. It was all I could do, in my fragile mental state, to not launch an all out Facebook-text-twitter campaign against the Worst Man Ever. It was a day, for sure. Luckily the only thing that hit social media was a snide comment on his over dramatic status update about choosing what we do with our time because life is short. I think he knew he was about to die.

I mean, Josh is actually a medal worthy guy for all the crap he puts up with, but I don't want you to think he's without his flaws too. For instance, we have this constantly repeating conversation about the style-less-ness
Of wearing a wrinkly button down shirt with no t-shirt layer underneath. It seems like invariably there is either a missing button or wrinkled placket that exposes just enough pastiness (sorry hunny - Hawaii in January!!) to scream White Trash!!! loudly enough to make me cringe. Today I talked him out of his favorite (wrinkled) button down and into a t-shirt because, after all, it IS the weekend, and then the poor boy throws on a hoody. Great! I bit my tongue at the temptation to remind him that mixing certain shades of blue really is a fashion faux-pas, and let him go. At least he's wearing a Broncos Shirt. For me. Because he loves me. Sigh. I guess I'll chalk that little loss up to choosing my battles, and remain ever vigilant in my watch for wanton baked goods.

Authors note: for worried readers, I HAVE restarted my Prozac. :) 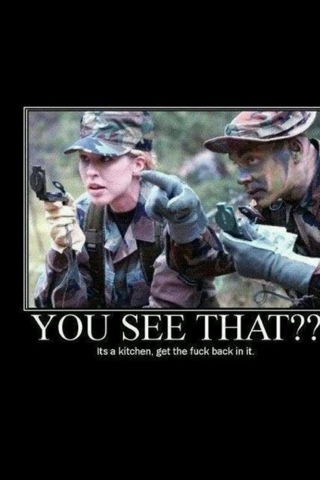