Things That I Concede

I have earned $2.86 so far from this blog. That makes me a professional writer, no? It is also the harbinger of wild financial successes in the future when somebody that has a lot of friends stumbles upon my incomparable writing skills and I become semi-famous. Because of this future success, it's ok for me to spend more money, right? Perhaps even money that I can write off as an "investment" in my writing? A certain loving husband chastised me when I used some perfectly edible food to stage some pictures that I took for a certain blog. The idea that perfectly edible food wasn't going to be perfectly eaten was more than he could handle, and he ended up picking the food off of the display to eat himself, lest it be wasted. Totally normal behavior for a husband, you say? Yes, unless that husband has a self-professed disdain for food in general and believes it is a "waste of time". Better to waste the time than the cheese garnish, I guess.

In addition to my impressive literary earnings, I accidentally picked up two hours of work yesterday when I showed up at the store on a day for which I wasn't scheduled at all. My wonderful boss let me stay and do some markdowns, which is one of my favorite things, since I can see all the amazing deals that I need to get, with the additional $4.00 that I was earning accidentally. Since Josh doesn't have any "big" or "steady" jobs right now, which means he half fills his days with hanging Christmas Lights everywhere except OUR house, and repairing 100 year old rocking chairs, I asked my marvelous boss if she could dish out some more hours to me. This was slightly puzzling to Josh since he knew even the part time work on my feet was making my pain worse, and cutting into my cooking time, but it all sounded very noble so he let it fly. Really the extra hours are my way of justifying my financial support of the store by purchasing pretty much every cool thing that is a good deal that we carry. I think Josh is getting wise to my ploy and I believe it is only a matter of time before he starts bribing said employer to write me out of the schedule. What he doesn't know is that I will probably just start hanging out there on my days off. 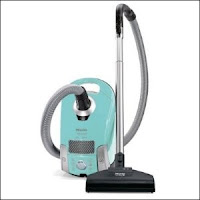 I guess if I was working less I could pay more attention to the ornaments disappearing gradually from the lower half of the Christmas tree that somehow magically wind up in tiny pieces on the dog bed. I could also spend more time on the couch, watching daytime TV since we got a set of rabbit ears, and maybe even vacuuming once in awhile, even though I swore I wouldn't vacuum since Josh won the battle and purchased an upright instead of a canister this time. I told him I wouldn't be caught dead using an upright, so he agreed to make the kids do all of the vacuuming. I guess that's a win for everyone, except the kids. I have to admit that the little vacuum we got seems to be pretty handy - down the road I will give you more feedback, once it has survived the Christmas Tree season and is still holding it's own. Other than the fact that is is navy blue and has a boring same like: Sanitaire System_Pro, I could almost like it. The handle folds down to make it highly portable and easier to park on the lower bunk bed of a 15 year old as a gentle reminder that she forgot her chore. After years of cleaning houses and using every upright vacuum that WalMart sells, I have a root of bitterness toward the gross smelling, ineffective machines. As if the broken down old Kenmore Canister with the electrical shorts and smoking powerhead was so much better, but for the first five years it was a good little beast. And at least IT was red. Really the question comes down to which machine disperses the smell of pine needles after vacuuming under the Christmas Tree the most efficiently. Someday when I am a wealthy author, I will have one of those gorgeous little Miele canisters that come in lovely colors with names like Nautilus and Olympus and almost make you think that vacuuming is sexy. But for now, Josh can win. I really have to choose my battles wisely, and I'd rather have a boring vacuum than one less Pendleton Blanket. I mean really.