Things That Make The Holidays 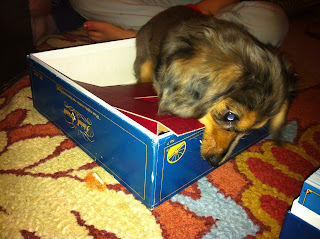 At the risk of offending my family and some of my very best friends, I have to tell you about my Thanksgiving. I hope that by offering an early disclaimer, in which I protest that I have nothing but the best of intentions in entertainment and humor, it is my deepest desire that the caricatures I paint with my words will be taken as lightly as possible, and with the understanding that I enjoyed this holiday immensely, and EVERYONE that came to my house. I have hurt very dear friends with my careless words before, and sincerely try to not repeat that offense, having learned my lesson, but understand that not everyone enjoys being lampooned. I, conversely, will take attention in any form. Anyway, in an effort to avoid offense, I think I will just avoid naming names in my story. Y'all know who you are anyway.

Somebody, several weeks back, had the great idea that since there was a possibility of work conflicts, we should stay home and invite the Entire Universe to our house for Thanksgiving dinner. Honestly it started out more innocently than that, when the hope was that an incredibly awesome job offer would compel a certain fire fighter to start academy the day after thanksgiving, precluding us from leaving town, but what really went down was that a somewhat underpaid retail employee had to work all Thanksgiving night and into Black Friday morning, even against her ethical opposition to the shopping frenzy. And initially it wasn't the Entire World that was invited, but a few very dear friends and a limited assortment of family. Of course some of these invitations were issued in the confidence that some of the friends and relations would not travel so far to visit Bend and our messy little house, but what happened was they did, and they brought their cousins and uncles and sisters and definitely their dogs. It was a happy little group that we projected, and even as it gradually evolved to somewhere around 27 people, 5 canines and a rabbit that somehow kept sneaking back into the house to fool the puppy and the three year olds into thinking his turds were coco puffs, it was still going to be fun. How can a group NOT be fun when you are mixing four generations of Jews, Evangelicals, Nazarenes (or whatever it is my parents are), Heathens and Cult Members (sorry Em), in a 12x24 room? Oh yeah, and the unaffiliated that showed up from Mexico at the last second. I will leave it to you to assign religious preferences to the remaining groups.

As people started trickling in, it was all crazy and fun and chaotic. The number 10 can of olives was barely enough, even though 4 of my siblings were unaccounted for, I guess between my dad and my own offspring they compensated. Long before dinner was served we were all stuffed from the beef stick and potato chip potluck that perfectly complemented the perpetual football game that was provided by a Brand New set of Rabbit Ears. Turns out that inviting the Single and Lonely dude from Ace Hardware to your Thanksgiving has it's perks. God bless employee discounts. I even got to watch some of the Macy's Thanksgiving Day Parade, which makes the holiday more or less complete for me, even if Justin Beiber didn't show this year. I really can't give enough credit to a certain set of parents who basically did everything, including buying most of the groceries at Costco, stuffing the turkey, peeling the apples, tasting the stuffing and expertly sprinkling the Apple Salad with red and green sparkles which mark the official kick off of the Christmas Season. Taking one's parents shopping at Costco is ever so much more fun than taking one's husband, especially when he likes to argue about how many pieces of bread and bowls of cereal each visiting cousin would be allowed to have, and whether Tangerines should be split between children or each really needed his own Cutie. Seriously. We were somewhat lucky to have a big enough turkey when aforementioned husband was nigh unto insistent that 11 lbs was more than enough for 27 people since one of them was a vegan. Again I think part of the ultimate break down here, other than this husband fiercely clinging to his honorary Jew status, is his basic disdain for gravy and the misconception that Everyone Else in the World can also live without seconds.

By the time we all circled up to say grace, we had more food laid out than we had room for, and as an interesting side note, I would like to point out that a certain Jewish family is the one that brought the ham. Irony, anyone? I was a bit curious as to how the traditional Christian grace would come off in such mixed company, but was pleasantly surprised that everyone joined in heartily except for the vegan (I think that is his religion as well as his dietary preference) who refused to hold hands. The heathens (that were not me) were especially moved by a certain patriarch who issued his obligatory thankfulness speech, and even the non-messianic Jews chimed into the Amen that was in the name of a Jesus they don't particularly care for. It was remarkable for me to see the tolerance, even fascination of several sets of people for the other religion, without the ugliness of judgement, except for when one mother mentioned that Christmas was originally a pagan holiday and not a biblical celebration and another mother took offense that Baby Jesus was being mocked... But I think the gist of it all was that The Holidays are all about family and friends, and like a certain dad said, if family is the foundation of life, and friends are the siding and roofing and all that jazz, and if you follow the analogy out, I think he's pretty darn right, considering a house wouldn't be much good without one or the other, and even if one of the walls is a little crooked, or you have a crumbly spot in your foundation, it's way easier to fix it than to start all over. Somebody get that vegan some cement patch! What was so beautiful to me was watching people make choices all day to respond with grace to things that would normally make them uncomfortable, like a certain mom not staring at giant ear gauges, and a certain husband eating gravy in spite of himself. Not that there weren't moments of shock and horror, like the atrocity of cold mashed potatoes when dinner got bumped back, reactions and overreactions and little unspoken trifles that maybe went home and bloomed into full blown family discord, but for the sake of the holiday, we all pulled it together. It was crazy. It was crowded. It was beyond chaotic, but for this one year, I wouldn't do it differently. I might not do it the same ever again either, but that's only because I am ready for the next Holiday Adventure. Hopefully by then we will have a bigger house.

Also, I have to mention: The girls killed the boys in a neck-and-neck game of Trivial Pursuit.
at 26 November 1 comment: