Things That I Am Trying To Do

I can't write long because I have a HUGE list of projects I want to get done today. In reality, I will probably write for as long as I want and the list will disappear back into the nether where it belongs. There have been many hard, terrible things this weekend. Like when the Broncos lost to the Ravens and then the Seahawks followed suit. I will overcome my grief and extend my congratulations to 49er fans on their victory and wish them well. Also this weekend I had a fight with my husband. It must have gone well because he has suddenly become an all around angel and I just want to kiss his face. It was a good fight to have, over Necessary Things that have been put off. Contrary to what Josh thinks, I don't like to fight, but sometimes, being human, I get this idea that it's the only way to really communicate. Maybe I have my family to thank for that. I suppose that there are families out there who lovingly sort things out in Rational Tones. But I would guess that they lack passion and are kind of boring. Or that's what I will tell myself to justify my immature attitudes.

Really, overall, things are good here in the Weston House. I would love to say my pain is getting better because some moments I would swear it is, but then an hour later I am writhing on the couch and snapping at people. I also have the slightest suspicion that the pain is actually spreading to my right side now as well, but to stay consistent in my accusations, I will continue to assert my scientific opinion that it is Emmy's NEED to stand directly on my uterus on all possible occasions that is causing the radiating pain. I think she's attracted to the radioactive heat eminating from my lap area, and makes the most of it.

I have had a lot of thoughts lately at night. Really good, profound thoughts that were decorated with really pretty words and some Excellent Ideas, late at night, after the lights were out. Twice now, I resisted the urge to get out of bed and hammer them out quickly, thinking they were So Good that I would certainly remember them in the morning, but both times they were replaced with really weird dreams which were usually somewhat unpleasant if not completely nightmarish. I will keep trying to recall the Great Thoughts, but I am drawing a blank now.

My work hours are slowing down, which is OK as long as Josh's are picking up, so that there won't be a break in the steady flow of shopping I feel compelled to do. It gives me more time to sit at home and be contemplative (translate: watch Bones) and creative (translate: play iPhone games) and relax (translate: take naps). Actually it's a good time to crank up on eBay selling and try out some of the new recipes I've been drooling over on Pinterest. If they're any good, I will totally let you know.

The challenge I have posed to myself this week, since we're leaving for Hawaii on Saturday, includes several facets:

On another eBay note, I bought a pair of AMAZING sorel boots, the ones I have been looking for, at the Columbia outlet the other day. They were $54 dollars. If that doesn't make you a little lightheaded, I am not sure if I should bother explaining. These boots are selling on Amazon for $219 right now. Do you see the profit margin here? As soon as I get some capital, my second - no third - job is going to be buying cheap stuff at Columbia and reselling. Why I haven't been doing that is a question related to my lack of capital and/or credit cards.

OK. I am going to stop for now and go paint Josh's second dresser. It's been messing up my beach themed bathroom for far too long. But first I have to switch the laundry and put that poster in a frame and package eBay panties... I need a slave. Preferably someone fun that likes coffee and gossip and Bones. 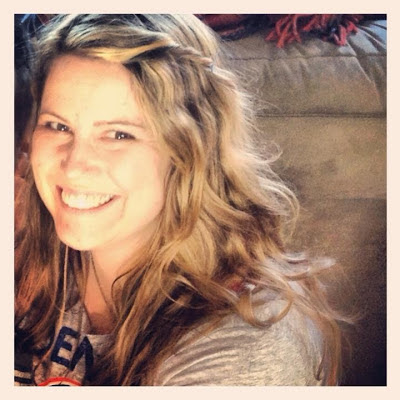