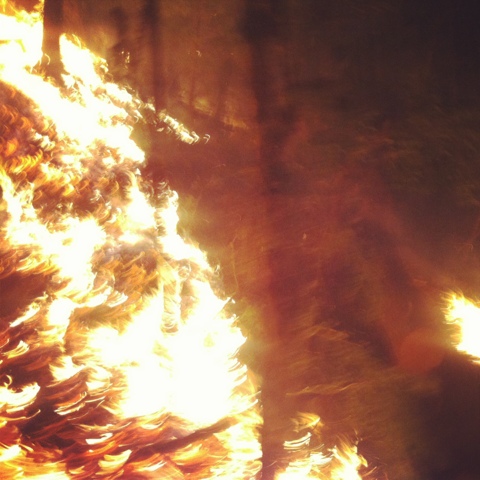 I was driving off of the line last night, right through a big burn that some hot shots had just fired off. It was beautiful. More beautiful than Christmas Lights on Snob Hill. More beautiful than Pirates of the Caribbean. More captivating and powerful and terrifying and beautiful than almost anything. All at once. As I drove, I thought to myself, you're the luckiest girl alive. Here you are, broken, weak, quite nearly useless, and you get to see this. To be here. Not only that, you're getting paid. Fire is awesome. You know you're doing the right thing when you can't get over how frakking much you love it. 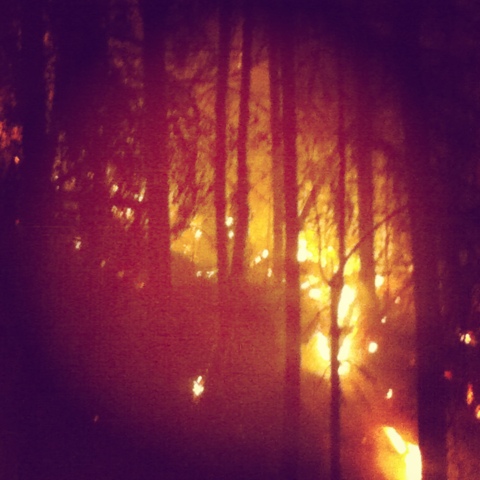 This is fire. There is no camera or artist that will ever be able to capture the heat that radiates over the road, through the windows of the car, warming the side of your face to remind you, ever-so-gently, that it could melt you into a puddle of nothing. If it decided to. If it ganged up with the wind and felt like it. 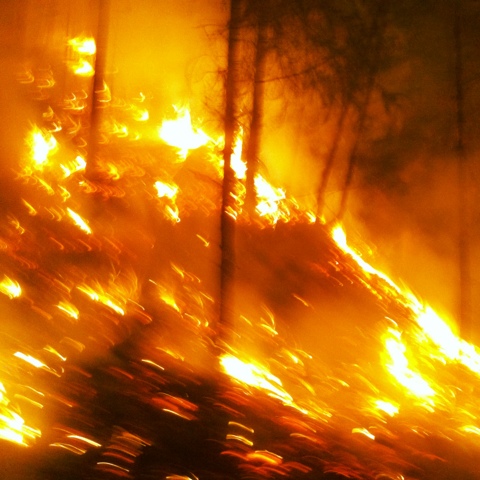 Fire is a destructive force. As with almost all naturally occurring elements, given free reign. It is one of the most amazing and valuable chemical reactions. It has the power to heal as much as destroy. But such power. Two days ago, the only road to where we were working looked like this: 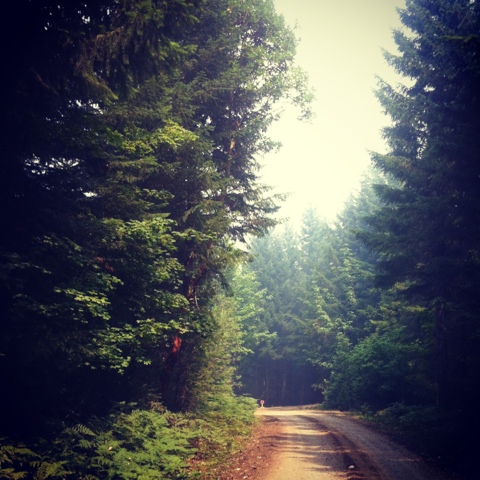 Today, after a few over zealous hotshots had their way, and we nearly lost hundreds of thousands of dollars of heavy equipment, it looks like this: 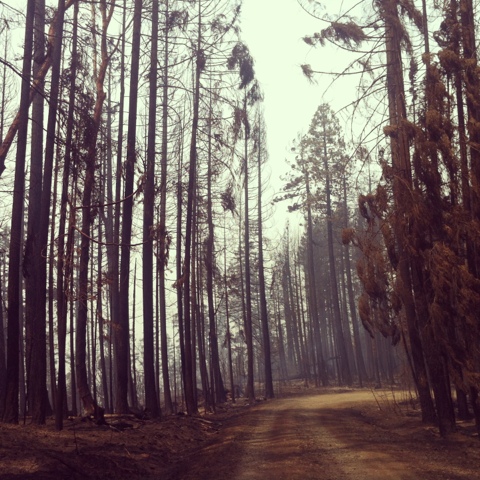 The fire blew so forcefully and quickly through that the needles on the trees on the east side of the road didn't even have time to burn off. Just blow sideways and fry to a crisp fall orange. Unnatural for an evergreen. This part of the forest isn't healed. If any of the trees survived, they will struggle through decades of fighting with a new ecosystem to continue their growth. In some places, the burn is gentle and friendly, like a mother changing her baby's diaper. Just cleaning things up. It's not pleasant, unless you happen to be a fire junkie (most of us out here are), but it's necessary and good. Kind of like killing all of the spiders in the world.

I can never get enough. The smell, even when my eyes and throat and lungs are burning - The smell makes me want to strap on a shelter and a hard hat and tromp into the woods just to see it move through the trees. Something so powerful and mysterious and uncontrollable. Watch the silly little people in their yellow and green chase it furiously with their ineffective tools until the fire grows weary of the game and chases them back to the relative safety of their precious lines. Lines that often don't hold, in spite of the countless hours and dollars pumped into them. Whether the lines hold is really more up to the wind, and the sun, and every entity in the woods that isn't wearing green and yellow. All it takes is a singed bunny with a smoking hieny to cross the lines and drag his glowing, emberous cottontail through the crispy green brush. It's happened. But we're here, we draw our lines and chase our smoke and sometimes we get lucky and have the wind and the sun and the rain on our side, when they get tired of the arrogant flame front and his bossiness. And then we win. It's a melancholy win through, killing the passionate beast and trudging through gray sludge as we cool down the messy remains. Every job has its downside. For this one, putting a fire out isn't nearly as fun as outwitting the prolonged chase of it, directing it to where you want it to go in a fashion that will serve the purposes of the forest. Putting the fire out just means moving to the next game of tag, and starting all over. From April Showers til well past the first snowfall of winter, we chase it. Like a virulent  strain of a deadly contagion, we must catch up with it and squelch it. Not much rest. Losing sight of everything else that is important in our lives. Knowing that we can put things off until later. That it's FIRE SEASON and we must go.