Things You Have Missed

I've been absent for awhile, I know. And whether you actually missed me or not, I am going to pretend that you did and you have been pining for my words of wit and wisdom for the weeks I have been missing. I think a lot of those words got swallowed up in messy letters to Josh at bootcamp, and absorbed in the fiery ball of energy expenditure that has become my "work life", which comes precariously close to eating up that distant thing called my "personal life". Balance eludes me right now, but it's not all bad. I threw myself head first into a Christmas production at the school, and by head first, I mean literally, when our high school senior with cerebral palsy jumped from his ref-stand perch onto my head, knees first. It's just that he was the partridge, and apparently he confused my head with a pear tree, or something, and the guys on the rope were clearly not ready for him to fly. I am still recovering, but I need the name of a good chiropractor in Northern Stevens County. And a massage therapist. And a hot tub. And a psychologist. 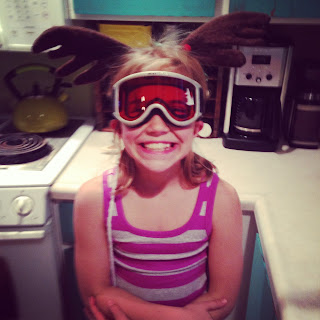 I miss Josh. I do. All the time. I miss the balance he brings to my chaos. Without him, I am just unbalanced chaos. I will say that this lack of balance makes me inordinately grateful for my family and friends. The ones who fix pellet stoves, and loan me computers, and show me how to repair my washing machine that quit draining two weeks ago and smelled like one of Santa's Elves pooped in it. I am so thankful for pizza, and more pizza, and then leftover pizza. And kids who only complain a little. I am grateful for a big bag of a custom roast from Stedy's Coffee, which is best when Kizzie makes it for me. I am thankful for comfortable boots - a whole closet full. And a ferocious wiener dog waking me up in the morning. I've got it good, you guys. Real good. You should be jealous. Even though every coat we own, collectively, is on the floor right now, along with one mitten apiece from at least 500 pairs, and more snow boots than this family could possibly wear at one time. The driveway is littered with sleds broken to varying degrees, sitting abandoned at the bottom of The Best Sledding Hill we've ever had. (Hence the brokenness) The snow is falling to cover the neon plastic pieces, and it is truly picturesque. The dishes that haven't been done in days are mostly eggnog and pepsi glasses, mulled wine mugs and candy bowls. And a few empty pizza trays. Signs of good things going on here. 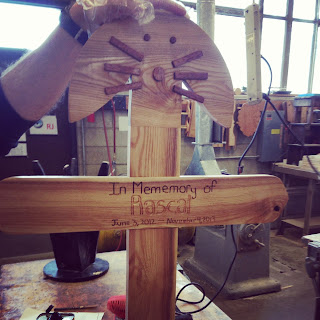 We made the whole Holiday season for an 18 year old partridge who was the star of potentially the Worst Christmas Program ever, wherein he took 2 (TWO) unplanned nosedives onto the well placed gym mats. We shopped relentlessly for two little girls from the tree of sharing and had WAY too much fun. We fed no fewer than 11 high schoolers after early release yesterday. (Something about "waiting for basketball practice" or something.) Last night, after a three hour nap, I took my one remaining child out for a burger at the Whitebird. Then we watched a terrible Christmas Movie and wrestled with the Middlesworth boys until bed time. The fact that Kizzie can still wrestle with/beat up three or four teenage boys in a non-scandalous way is pretty rad. But noisy. and Ridiculous. Nattie played cello with a community choir after a week of practice and looked like an angel (she sounded good too). We made 9 ginger bread houses with 11 kids. And nobody got killed. I have somehow miraculously been able to keep money in the bank, pay the bills, and overspend for Christmas, all at once. Aspen danced like a fairy at two nursing homes, and we weren't late for either show. As much as I feel overwhelmed with things to do, I feel overwhelmed with what I have done, and what I have received from it. I feel a million years old and a younger than springtime all at once. I am craving Russian Teacakes/Mexican Wedding Cakes, or whatever you call them, Christmas Movies and a couch with a blanket. I am ready for snowy road trips, too much family (no such thing), long standing, much debated traditions, and new ones that will be hotly argued in years to come. I will miss Josh next to me. His well voiced opinions chiming in on the discussions as a well-informed "newcomer". He fits like he's always been there, and it's a shame to miss another year with him. Every day 17000 amazon packages arrive and I feel giddy with secretish excitement, even when I know what's in them.

It's The Holidays. It's the best time of the year. I am in love with my family, my friends, my home, my job, my world, my man. The only thing that would make this better is having him here. 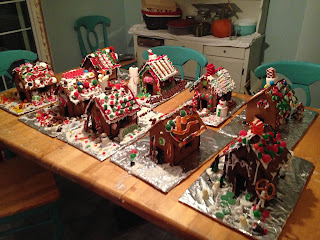