Today I decided to take a 5 mile walk. And by decided I mean that I accidentally locked my keys in my car and had to walk 2.5 miles home to get the spare.

It was a nice walk, all sunshiny and brisk, and lucky for me I had decided to wear comfy shoes to work this morning, which I was incidentally an hour late for. I even curled my hair for the walk. Apparently the sunshine must have appreciated it because it took all my curls and left me with something resembling a cross between Rastafarian dred locks and a string mop. I hope that was a good look for work, because I rocked it.

Things That I CAN Do

I came home from my second day of work yesterday feeling like The People From Hollywood would probably be calling any second about the movie rights for my Inspirational Life Story and All of The Children I Have Touched, kind of like Mr. Holland's Opus or Lean On Me. I never got the phone call, which was a little surprising, and then my body remembered what I had done wrong that day.

One of the students I work with occasionally needs a reset, somehow, like a time out, or a call from his mom, or something that gets him out of the groove he's in. One thing that works to start him over is a walk. So, when we ran into a wall that was evidently made of 16 foot thick brick, glazed with painfully sharp shards of glass, and with a fairly strong electrical current running through it, I decided to go for a walk with him. It was chilly outside. And the best way to keep from catching hypothermia rapidly was by moving quickly. Then I got all ambitious, and I JOGGED, you guys. For like 50 yards. I really hope nobody other than my sidekick was watching, because I saw a girl about my size running across a parking lot the other day, and I think I snickered a little. It's just not graceful. Especially when you are trying to hold your swollen uterus off of your sciatic nerve with both hands. But I did it. And I felt really good. For about four more hours. But I had a breakthrough of epic proportions with my student, and then I had a stroke of absolute brilliance (for me), and invented a game that incorporated his curriculum, which would have otherwise been left by the wayside of the survival road. It worked. I had several moments of absolute clarity while I was working, that I am fairly certain were not drug or alcohol induced, unless the technology teacher's "tea" that he shared with me was spiked. I wouldn't be too surprised. These lightbulb moments happened when something clicked between me and my new kids, explaining an interesting conclusion paragraph or how to find a creative title for a closed off 9th grader, or helping to define social perceptiveness in an applicable way to a struggling senior with disabilities. Is this why teachers teach? I've always wondered...I left work feeling like I was doing something that I might not love every single day, but something that I can do - and maybe even do well.

So I came home, and then took Aspen to Irish Dance. And on the way, Aspen asked me what the very first color movie I ever saw was.... I explained to her that color television had been around since before Grandma Stecker was born, which really wasn't that long ago, but I had never lived in a black and white only world. She was slightly shocked, but impressed that color TV was THAT OLD. I realize that spanking children for being accidentally hurtful and offensive isn't good parenting form, and I was working on some of my new teaching/tolerating techniques, so I just fumed internally all the way to Kettle Falls. And then the pain started to creep in. Like it was Aspen's reminder of my elderly decrepitness that trigged my body to reject every step, especially the jogging ones, that I had taken that day. I popped a pill and continued merrily on my delusional way, all the way through dance and home, before the pain set in in earnest.

Turns out, I don't jog for a very good reason: IT HURTS LIKE ALL HECK. I took more pills, tried an ice pack, a heating pad and a goodly amount of alcohol (still working on those wine bottles). Finally I took sleeping pills and passed out, right in the middle of Newsies. If that doesn't tell you the severity of the situation, nothing will. I woke up in pain, and I pushed through the ordeal of cleaning Aspen's bedroom with her, even after the hurtfulness she hurled at me yesterday. I got that done. I bullied Kizzie into loading the dehydrator with apples - I usually have to ask her, let her throw a fit, then start doing the project myself, making as Big A Deal as possible about the pain I am in, until the guilt overtakes her and she relieves me. Somewhere around 2:30 I called it a day, loaded up on drugs and resigned myself to a couch and a heating pad for the duration of this rainy Saturday. It's not a terrible waste of a day. We did get to watch Woodland Theater's production of My Fair Lady on DVD, which never fails to delight, and eat a lot of leftovers throughout the day. I am still waiting for hot chocolate and peppermint schnapps, but someone keeps missing his cues... But I can make it. And I can work in special ed. And clean rooms. And get stuff done. But not jog. I can't do that. 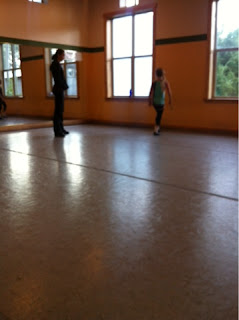