Things About The Weather

Ever since I was a kid, I've had this sneaking suspicion that while God probably doesn't give a whole lot of credence to my rambling, nonsensical, teenage girl prayers for the most part, He always seemed to get my weather requests. If I prayed hard enough for rain. Voila! Rain! Same with sun, snow, or temperatures over 70 degrees so that my mom would let us wear shorts. Sometimes I forget about this wizard-like-control-of-the-weather deal that me and God have, so when it reoccurs to me I have to test it out. Now don't get me wrong, I am one of winter's biggest fans. Two weeks ago I was singing Christmas Carols and still relishing the soft white blizzards. That hit every. single. day. But today I realized that half of my physical problem is that I have been wearing shoes for almost 5 months, non stop. This has got to end. Much like most of your body heat escapes from your head, most of our earthbound joy is absorbed from our feet (I totally just made that up, but let's go with it). And encapsulating all ten toes, crusty heels, paint-chipping toenails and even plantar warts, inside of fuzzy boots and warms socks and suffocating shoes has nearly killed me. It's time to wage war on winter. It's time for flip flops. 20 years ago in February I was playing soccer on a muddy field with snow and ice around the edges BAREFOOT. I know some of you were there, Pete, Amber, Em... Michael... And all of you WaterHooligans... Don't deny it. I have been so busy growing up and being smart and doing the Best Things that I have forgot how to determine my own seasons. How to reconnect with the outside world. How did I get so distracted? How do I ever expect to get better if I don't get a fracking pedicure and get back out there???

Rise with me, army of toe-breathers. don your springtime footwear (or none at all) and claim this season as officially Springtime, come heck or higher snow lines. (It's ok if you wear a beanie with your flip flops, since most of our body heat escapes out of our heads...) Crank your car heaters up full blast on the floor setting and embrace the enlivening burn of snow between your toes. Remember being young and stupid and making bad choices that nearly caused frost bite! Live in the now that is this lionlike baby March - dominate it with your bare feet and transform it into a lamb with me!

Ok, so maybe I have been reading too much Shakespeare and Divergent and I am looking for my own French Castle Wall Held By Rational Adults to storm. But seriously. A week on the couch and what do you expect? 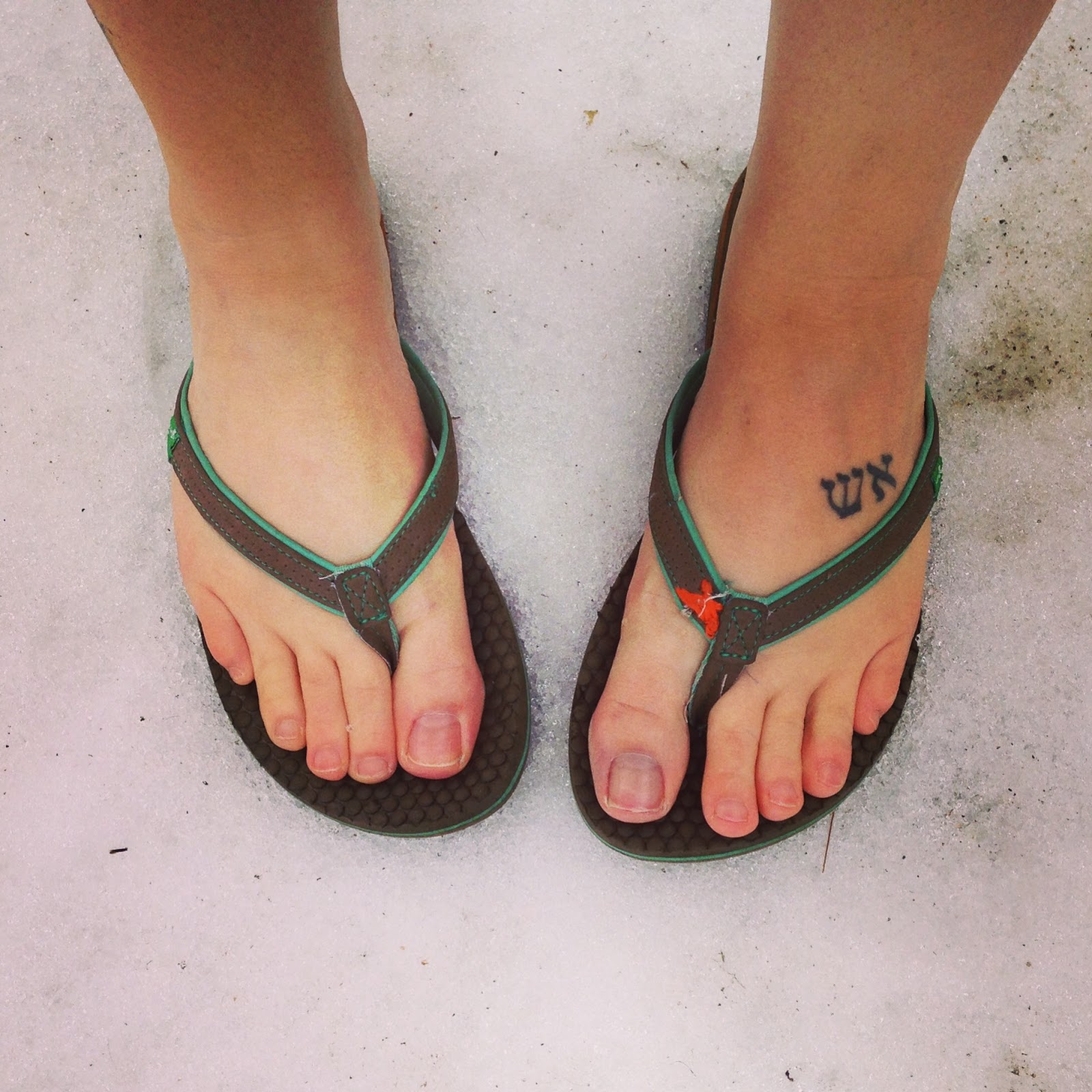