Things That Are Relaxing

It's always so good to come home from 14 days of being dirty and sweaty and tired to a clean house, well behaved children and a big, welcoming bed, and just unwind.

This time, coming home from an assignment, I was pleasantly surprised by a semi-picked up house. It's been worse, and some days, that's all you can ask for. For instance, compared to the bathroom, the rest of the house was immaculate. I am not sure how they got in, but I am fairly certain there were at least three ogres using my bathroom while I was gone. It was truly shudder-worthy. Instead of a shower-beer when I got home, I had a shower-softscrub with bleach. It was about 37% as gratifying.

I was also UNpleasantly surprised with some news that filtered in, oh, you know, Straight From The Source, that certain ones of my offspring where up to unsavory, illicit and even illegal activities during my absence. As soon as I got done blaming their father, God and half of the world for these grievous lapses in character, I decided to just avoid dealing with them and pamper myself with a homestyle spa day.

I started out my homemade relaxation routine with a sweat lodge/sauna type experience, as I peacefully laundered Every Towel I Ever Imagined Owning, the blankets from my bed that my dog peed on in her excitement to see me, and a few smoke-laced odds and ends from my fire bag. I performed meditative tai-chi while I washed, switched, dried, hung, folded and delivered all of these items to their rightful places. It was invigorating and refreshing. Like a rush-hour commute in LA.

Next I did some deep bending and stretching yoga, vacuuming at least 60 lbs of dog hair dust bunnies from various and assorted corners of the house, as well as rearranging my bedroom which had been artfully decimated by four lonely dogs and the same amount of visiting teenagers. This was a good preparatory work out for the upcoming procedures, since the Deep Stretching activated Massive Back Spasms, which I channeled into muscle strengthening work in my head. I am hypnotic like that.

After these purging activities, I loaded my four angelic daughters and two volunteer canines into the car for a joy ride out to my buddy Christy's beach, where the cathartic and cosmetic aspects of my spa day came into play. I started with  a therapeutic Heavy Metal Black Sand micro-derm abrasion facial, right on the beach, which Dagny helped with by digging her rocks into the sand near my face. After several exfoliatory sessions, I performed Swedish Hot Stone massage on myself, by laying on the smoldering river rocks that make up "the beach". Feeling my spasms give way to Total Agonizing Pain, I countered the intensive treatment with some frigid water muscle confusion, which seemed to numb the pain. Literally. 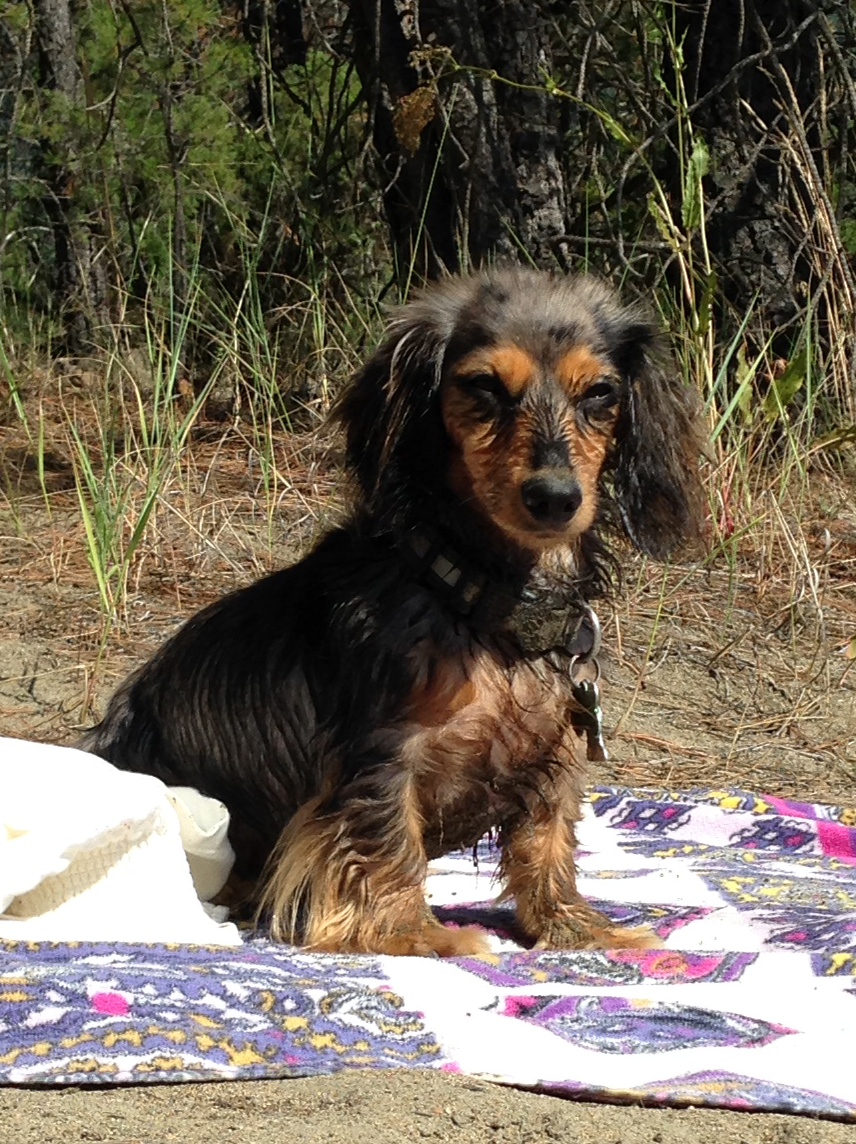 After a productive therapeutic outing to the beach, we came home, where I delved right into some serious acupressure work - wherein each one of my four children and five dogs found EXACTLY the right button to push to make me just lose it. After successfully BBQing Blackened Chicken (secret gourmet recipe that is extra fun for kids because they can feed the charred outside of their chicken breast to eagerly waiting dogs) and broccoli-rice-a-roni pilaf for my consortium of therapists, I decided to finish off my day of ecstasy with a nice long shower. For most of the 7 minutes I was in there I was treated to a temperature fluctuation massage, competing with the clothes washer and the kid doing dishes for hot and/or cold water. I recapped the exfoliation and moisturized with my homemade coffee scrub, which both made the shower look like someone had murdered a tar baby AND nearly clogged the drain when all of the coconut oil began to coagulate in the freezing water. I also indulged in a citronella paraffin hand dip, when I had to save the drowned wick of a mosquito repellent candle from the bottom of the completely melted can that had been sitting outside in direct sunlight. I brought it into the air conditioning and pulled it out so that it could float on top of the rapidly hardening wax, which at that point was also all over my fingers, the counter and the top of Emmy's head. Refreshing citrus aromatherapy, and my fingers feel like a baby's hind end. It might be because I scalded all of the nerve endings.

All in all I couldn't have asked for a more zen-filled day of total relaxation and overall therapy. I capped it off with half a bottle of chilled Trader Joe's Sav Blanc, which may have had floating fruit flies in it. I wrote that off as an addition to my high-protien diet (which I am starting tomorrow), thereby redeeming the caloric intake of the glorious liquid. Plus, as I rationalized to myself, given the statistical amount of spiders a human being consumes in a given year, what are a couple of fruit flies? I know tonight I will go to bed, thankful for the not-dog pee covered blankets, still smelling like coffee and tinted a little brown, and a twinge or two of Total Muscle Tension in my lower back. Nothing a little BioFreeze won't fix. But for the record I did not kill any of my children or dogs. No one went to jail. And I didn't even call the clinic to find out about voluntary self-admissions to psychiatric facilities. Ok, maybe that last one happened A LITTLE.
at 28 July