Things That I Read III

Now, here it is… the moment all of my bookwormy friends have been waiting for… the annual Fire Season Book Revue III!

This season started out a little wobbly in the reading department. I have been with a partner the entire season, which always cramps my reading style, and then to add insult to injury, I was also stuck in camp for a week, where reading was nigh unto impossible, although I did skim my way through a couple of books about back pain, and how to fix it, 8 Steps to a Pain Free Back and The Egoscue Method of Healing Through Movement. Both have interesting but almost contradicting recommendations. I decided to take bits and pieces from both to heal myself. I would like to assume that this is the reason that my back has gotten a whole lot better – but I think it might have something to do with certain weights being lifted off of my shoulders, some careful exercise and also some inactivity.

When I finally just decided to give my partner the cold shoulder and delve into my books, my first priority was a book that my brother Gabe gave me for Christmas that I had been anticipating reading for over six months. And by anticipating, I mean feeling guilty for not having yet read…

The Lies of Locke Lamora by Scott Lynch was one of the longest reads that I have waded through since high school, with the exception of Atlas Shrugged. This is a book that nearly defies genre, although I think it technically falls inside of the fantasy/sci–fi-ish realm. It is the long and winding story of an orphan named Locke and the misfortunes that befalls him as he makes his way through life riding the successes of thievery and confidence schemes. Told in a voice reminiscent of an enlightenment era author, the story rings of Dickens, Shakespeare, and Tolkien, with a splash of modern humor and language thrown in. The book was long. And not a merrily-skipping-through read. If I was able to tune out the clamoring radio (having a partner helped with this) and avoid distractions (having a partner did not help with this) I was easily sucked in and transported to the Italianesque homeland of the anti-hero and his comrades. The author delivers descriptions in enough detail to create an intimate imagining of his medieval world. It was a good story. A great twisting plot that went on and on… almost enough to make a series of books, which I understand the author has produced as well. The characters, unsavory as they may have been, drew me in, and I am curious enough to look up the next book and make sure that they survive. This book is NOT for the faint of heart reader, and isn’t conducive to superficial and distractible reading. But it is worth the chewing through if one has time, imagination and inclination.

Born To Run by Chris McDougall – This book was actually a surprising delight. I only started to read it because I had forgotten to grab my other books before I left camp and I happened to have the digital copy on my iPad. I was just bored enough to read a book about one of my least favorite subjects: running. MacDougall is a writer for Men’s Health Magazine, and a good one. I thoroughly enjoyed his quest to find out why he was not able to run without falling victim to one or more of the many common afflictions that plague a vast majority of modern runners. He follows a winding path through the anthropological evolution of man into the runner (or non runner?) that he is. Through a series of interconnected rabbit trails, Born to Run outlines the lifestyle of the Tarahumara, an ancient Mexican tribe of trail runners, as well as chronicling several colorful real life characters who have made a lifestyle of running ridiculously long distances. In the book you are also acquainted with a condensed version of the history of long distance running in the US, and all of the big names associated with the sport for the last several decades. Being a non-runner, myself, but also being a wanna-be anthropologist, the book actually inspired me to look at running in a different light, and maybe try it someday. MacDougall even goes briefly over the history and evolution of the modern running shoe, and all of the ailments that go along with it. Without making any proclamation in defense of a specific approach to running, or for that matter, life, the author does a great job asking question, posing several plausible answers, but mostly, inspiring the reader with his sense of humor and aptitude for great storytelling. If somebody can make running sound appealing to me, you know he must be good. 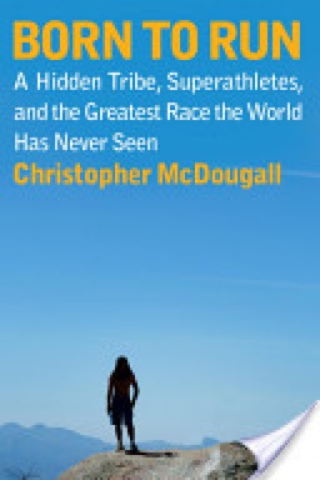 Still Life With Crows by Douglas Preston and Lincoln Child was a scary murder mystery. It was all of the creepy things rolled into one. Like Goonies meets True Detective and a little bit of Sherlock Holmes. Bouncing from one character to the next, it took me awhile to figure out who the bad guys actually were. Of course, being an excellent self-proclaimed-plot-discerner, I was on to the answer well before the last chapters. OK, maybe towards the end, but still… Pendergast is an eccentric-to-the-point-of-creepy FBI agent who lands in town to investigate serial murders that haven’t even happened yet. He recruits a high school reject goth to help him, and they trip over local bungling, if well intentioned, law enforcement as the bodies start to drop. Gruesome detail and suspenseful scenes play like a movie in the book. And I am somewhat surprised the 2003 novel hasn’t been filmed yet. It’s good, and original enough that I am sure Matthew McCaughnay could do something magical with it. In the end, a lot of people die. But not the “real” bad guy, which is interesting, and also politically correct I suppose. I liked it. I read it in one day straight through. My partner was fairly certain I hated her since I didn’t utter a word from 8 AM until 3 PM.

Murder in Caney Fork  by Wally Avett - Obviously I ordered and read this book because it was written by an Avett. The boy’s uncle, to be exact. But even so, it was a good read, entertaining, and short. What Mr. Avett lacked in fluid fiction (he’s a newspaperman by trade), he made up for in interesting detail. The plot was predictable but told from a different point of view than one would expect. The story was rich with World War II era southern culture. Highlighting carefully the racial issues still plaguing the area as well as the clash of modern and historical lifestyles that struggle against each other to survive, and the necessary balance of legal integrity and vigilante justice that it took to get by back then. The characters were believable and well developed for the most part. And the food descriptions made me want to run home and fry up a chicken right quick. I liked the story, of course, that it was set in North Carolina, around what I would like to imagine are the roots of my favorite boy band. If you want to read it, I’ll loan it to you. Or order your own copy to support a newspaperman who finally got his story printed.

The cool thing (as if there’s only one) about my book reviews every summer is the sure bet that nothing I have read has ever even blipped your radar before. Totally random weirdness that I pulled off of a shelf. Or a 15 year old buddy gave to me. Or whatever. Your life might never have been enriched by these books if I hadn’t thrown them in your face without rhyme or reason. You’re welcome. And I am sure you’ll want to run right out and get them. Or not. But at least it’s not the 37th review for the Maze Runner or something. At least I am original. 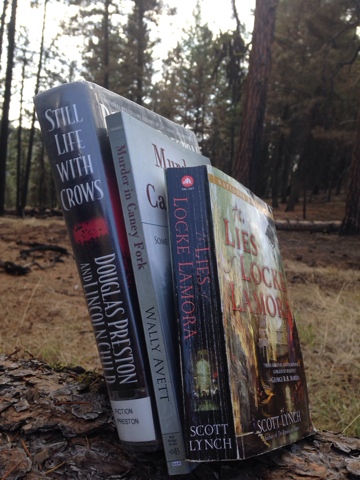