Here it is, Sunday afternoon once again. Somehow it works out to be my day off more often than not, which shouldn't be surprising since there is no school (hence no work) and the restaurant is closed for dinner (again, hence no work). But it always takes me by surprise that I have absolutely nowhere that I need to be. More surprising is the complete lack of children altogether from my house. It makes for an eerily quiet afternoon.

Last night after work, and a long Ambulance drive out to the boondocks for a nothing call, I went to bed with noble aspirations of Getting All Of The Things done today. But I woke up with even stronger aspirations of Staying In Bed All Day. Luckily, the latter hopes were dashed by a giant black hairy horse-like beast howling on my front porch. How he got onto my front porch and why he was howling still remain mysteries to me, but I let him in and decided to worry about it all later. We are having a 7+ day sleepover party with two of our best dog friends, Charlie and Stella. It's going really well, other than the grouchy words exchanged periodically between Truck, who thinks his only mission in life is to sleep on the stairway landing and say grouchy things to other dogs, and Charlie, who is much younger, bigger and more confused about his only mission in life, but feels certain it has something to do with sitting on top of my vintage record player to watch out the window for his people. 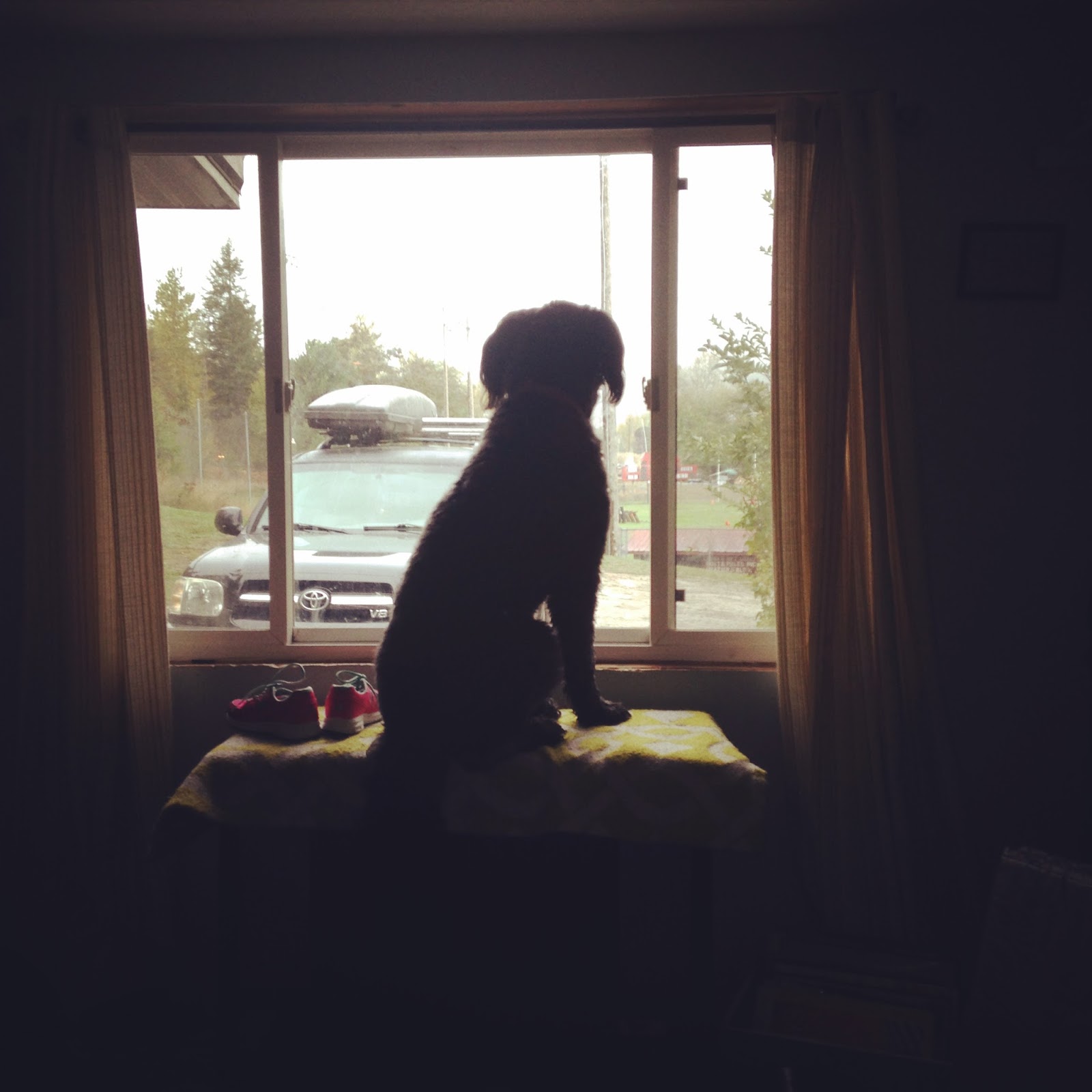 Stella is a small hairy mop-like object who likes Dagny Very Much, and the feeling seems to be mutual. Their favorite pastime is fighting like two tiny Big Horn Rams, rared up on their back feet and punching and biting with tiny paws and teeth. Dagny is at a serious disadvantage in this activity, as A) her legs are much shorter and her punching distance reduced, and B) every mouthful of Stella she manages to grab is always primarily hair. She holds her own though, and this goes on for hours. Usually until Truck says something mean to both of them and they decide to take a nap on the back of the couch together. The other favorite thing for both of the visiting dogs to do involves foraging for unknown and as yet, unlocated treasures in the flower bed outside and then bringing half of said flower bed into the house to show off. Other than Penny, who is too fat to jump over the flower bed edging, the other dogs are totally unimpressed. As though they have already found ALL of the treasures to be had in that flower bed, so who really cares. Stella is so proud of her dirt acquisitions, that as soon as I swept up two cups of dried mud and at least one Pekingese worth of dog hair in the living room, she had to run through it three times to keep some souvenirs. Truck gave her a dirty look and continued to shed actively on the couch. Dagny successfully taught Stella that unwashable Pendleton Wool blankets are the best ones for getting mud off of ones paws, as well as sticking unwanted fur to. They have had a good time redecorating my Acadia National Park Blanket, which is foolishly made of black wool. I am pretty sure I am ready to give up this fight until next spring, when all of the dogs will be banished to the outside. (famous and false last words)

In addition to this endless entertainment, I am absolutely transfixed by a mountain of clean laundry facing me on the other couch. I am sure you think that I exaggerate when I say mountain, but seriously. Ten loads of laundry barely fit on the full sized couch, piled at least 4 feet from the seat. It is a veritable mountain. One that requires folding. And sorting. This particular mountain however, is cause for celebration, since 48 hours ago, every single stitch of clothing was piled on the floor in "Aspen's room" which is the space of the house where all family members throw anything they don't want, don't claim or don't know what to do with, and then protest loudly about the youngest child's messiness. Some well meaning friends of sisters came in and "cleaned" "Aspen's room" which resulted in ten load of laundry consisting of every costume piece, long missing bath towel, matched pair of socks and rejected hand me down that has ever existed here. I am waiting until the kids get home tonight to fold and sort the mountain, which is the best excuse I can find to avoid doing it right now.

Sunday might be my favorite day, if I had TV to watch football on. And friends to drink beer with. But this weekend they all abandoned me. As if I were nothing to them. So for all I know the Broncos could be losing a tremendous battle with the NY Jets and I am not there to strengthen their morale. Instead, I am avoiding eye contact with a mountain of laundry and a very muddy black horse-like creature who is pretty sure he wants to sit in my lap. My only escape is in the kitchen, cleaning out a refrigerator that tells the sad tale of a mother never home at dinner. It is time for the weekly ritual of throwing away fruit fly infested apple crisp, moldy corn bread, vegetable soup that NO ONE will eat, and all of the remaining scraps of top ramen and macaroni and cheese that seem to be the only edible thing in the house if I am not cooking. I need to sponsor some starving children somewhere to compensate for all of this waste. It really irks me. Apparently I need to leave detailed notes telling the children to EAT THE CORN BREAD that was once moist and delicious. I guess it doesn't go well with top ramen and olives right out of the can. The one piece of chocolate raspberry truffle cake that accidentally came home with the groceries the other night will need to be dealt with as well. To avoid future temptation. I guess since it's Sunday it's up to me to do it.