Things About Running Away

I'd had enough. Enough of the caterwauling. Enough yelling. Squealing. Snapping. Judging. Girls. Enough. I got up at 6:03 AM to go to Spokane so the doctor could tell me that my shoulder wouldn't get better unless I have a surgery that I don't have insurance for. And the girls. So many girls. Extra girls. I only had two with me, including a spare I borrowed. But I came home to two more. And shrieking. And giggling. And it just. Wouldn't. Quit.

So I ran away.

Not to girls night and wine

Not to taco Tuesday.

Not to a drug induced stupor in my bed.

I ran away to HOCKEY.

I even took a boy. He wasn't mine. I had to borrow him. But he was willing enough.

And on the way there was a car upside down in the ditch, lights still on. No body. No blood. No one to save. So onward we pushed. Into the icy, far northern reaches of southernmost Canada. 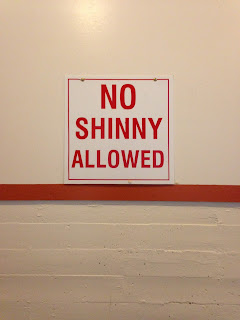 We missed the entire first period. But it was worth it. Braving the icy roads, and Canadian Drivers. And American drivers who use being American as an excuse to drive badly in Canada. It was worth the $13 Canadian which used to only be like $10 in American but might be $20 now, I am not even sure. 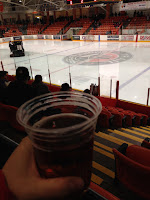 The boy and I talked. My borrowed boy. Pseudo-son. Aiden, whom I call Spock, for reasons quite obvious to anyone who knows him. And it isn't his pointed ears. We settled the issue once and finally that girls are dumb. That dating in high school is dumb. That movies are cool. And so is hockey, and hunting camp. And there is really no reason to squeal. Ever. 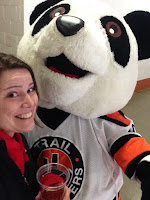 And there was cold Canadian Beer. It was good. And a zamboni. And no Shinny Allowed. I don't even know what Shinny is but I am pretty sure I am glad there wasn't any, although at some point I will investigate it's origin. And $2 (Canadian) bags of gummy candies. And the Pseudo-son Spock wandered around and left me in peace with my beer. And the mascot, who is oddly a Panda bear, felt my need for silent camaraderie, and he stood by me. And when does a Panda Bear standing next to you not fix everything?

The Smokeys lost, but it was a good game. And the first of many this winter. To make up for all of the ones I said I would go to last year and didn't. It was a good night. And a good running away. And when I came back, there were all the girls. With the squealing. And the noise. But I felt better.