Things About Having Coffee

Today I had coffee with my sister. For anyone who doesn't understand the depth of that concise sentence, let me explain: coffee with one's sister, assuming that the aforementioned sister is doing her God-ordained job, is the cost-free equivalent of a session with a psychologist, a lawyer and Hedda Hopper (yesterday's answer to Perez Hilton), all rolled into one. In a brief couple of hours, all of the world's crises concerning rebellious teenagers, belligerent grade schoolers, inscrutable husbands/ex-husbands & friends (as appropriate), unsuitable matches, compelling vices (coffee creamers, Rasperitas with OJ, running away, etc.), and rapidly degenerating bodies were answered. Probably not fixed, but answered.

Just the very act of "Having Coffee" lends a therapeutic and nostalgic flavor to the afternoon, as if we were our very own Mother and Mrs. Mannan, or someone, which brings with it the reminder that it isn't just sisters, that "Having Coffee" with will divulge all of these social remedies. It's any girl, or maybe boy, if you find the right (or maybe left) one, that GETS you. "Having Coffee" with your sister/soul sister/GBF (thanks, Jesse) gives you the opportunity to vent about the injustice of having to make your own pot of coffee since The Other Party didn't do it before he left for work. Or maybe you can casually get that one recipe again that she's given you 8 times because you never save it, since you know she'll send it to you. AGAIN. Or maybe the heart to heart moment when you both confess to each other the unknown, but shared, issue of adrenaline rushes at second hand stores that make you have to poop immediately. Since this discussion I have noticed the trend in my children, indicating a generational/congenital problem. With a sister, over coffee, you don't find yourself having to explain what it means to "Indian/Davy Crockett" wrestle over some cool wooden trucks she found on the classified. You don't even really have to spend time rehashing the fact that when you arrived the kids were vacuuming baked beans from a broken crockpot on the floor, which was really just the precursor to a house sized cloud of drywall dust from a broken vacuum cleaner bag. Because with sisters, those things just take a Knowing Look. Like, "did I tell you about my applesauce?" with no words. But you can both bask in the glory that is the new single serve cups from Dutch Bros, combined with heavy whipping cream and peppermint Torani, and a sprinkling of drywall dust. And really, that broken crockpot? Good riddance. Somehow it had been labelled with a last name, which is potluck cardinal sin #1, removing all anonymity from the selection and dictating wholehearted responsibility to the cook with the labeled crock pot, Pinterest Fail or not. You just DON'T put your name on a crockpot. Ever. All of this occurred to me as I was boiling chicken for the recipe that she has sent me at least 37 times, and skimming the "impurities" off of the churning chicken broth. My mom always called them impurities. One of those things I have never questioned, that I would never have to explain to my sister, but daughters stare at me incredulously when I say. You skim off the impurities. Always. As if the reckless chicken had lived a life of hedonistic pleasure and we were forced to rid our soup of the remnants. I shudder to think of the impurities that I would render, if boiled. I hope to never realize those fears. Boiling OR revealing my impurities.

Anyway, it was a kind of terrible Monday, with no excuse really, since I got a job offer, and The Wonderful Timothy Davis fixed Halle's car and wouldn't let me pay, and things were not generally wrong, but there was still the undertone of terrible. Like the Direct TV guy showing up and telling me in no uncertain terms that there is NO Line Of Sight at my house and I will NEVER have television. And the Love of My Life once again refusing to show his face. And raking wet leaves. And moving cold, wet, muddy lawn furniture and bikes into the shed. And bemoaning the wasted and "beautiful golden transparent" apples that still hang, unreachable in the tree, serene and picturesque. And full body aches that may or may not be related to being inexcusably out of shape and/or raking wet leaves But coffee with my sister made it all better, or at least laughable. 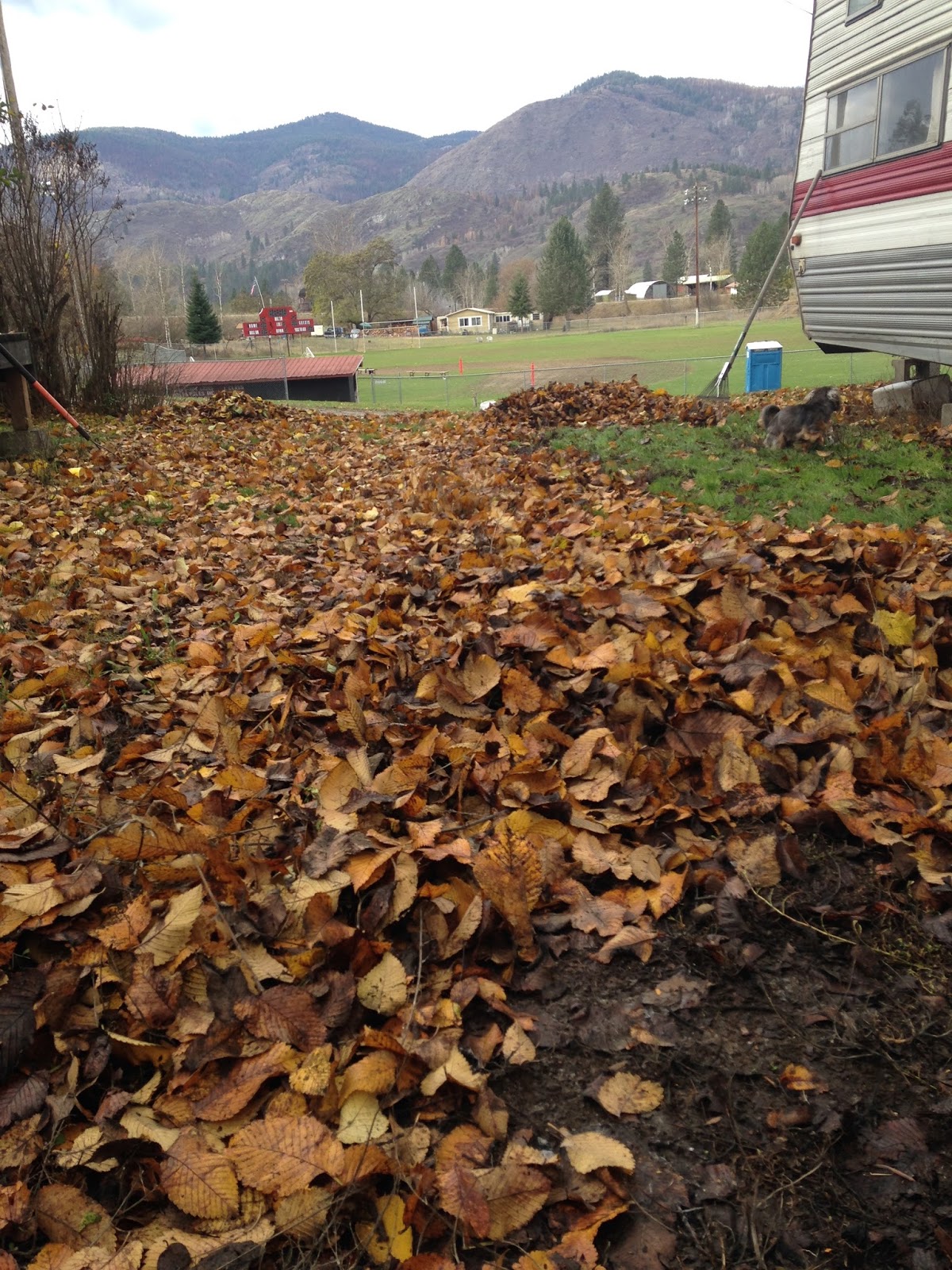