Things About A Very Long Day

Truth be told I volunteered for it. Why, You ask? I'm not sure. I think initially, I was being my usual reckless self. But then, even when I calculated the consequences, which included a very Real Threat to my sanity, and possible my physical health as well, I proceeded to make sure that I couldn't get out of it, no matter how hard I tried.

We took a bus full of kids to a construction career day at the fairgrounds in Spokane. I offered to take two of our most challenging special ed students and be their helper for the day. I even contacted both of their parents to make sure I got permission slips signed and logistics all taken care of. And at 7 am this morning, both boys were there, bright eyed and bushy tailed, with more or less NO clue where we here headed. The other 23 students were 8th and 9th graders. I know. I can feel your sympathy flowing already (maybe that's why I volunteer).  In addition to my two special charges, we had four other SPED kids on the bus. But they are mostly behaviorally challenged, so no big deal. #yeahright

The trip down was... Dare I say... Mellow? Maybe the kids were still half asleep. Maybe they saw the warnings flashing in my fake don't-mess-with-me grin. It really wasn't bad. And I had one of my not-sons by my side to help, and one of my daughters was there for me to embarrass. Which always seems to relax me. We arrived and made it through the acquisition of hard hats, safety glasses and ear plugs with no major fallout. Luckily most SPED kids don't care much about whether they look stupid, so they were content to sit there with earplugs (properly) installed and lip read the instructors.

By the time we got outside it was 117 degrees. American. Or at least for my winter-thick blood it felt like it. I learned pretty quickly why safety glasses and hard hats in direct sunlight suck, and why I am glad I am "only an EMT" on the fire line, and I can adhere safely to the engine slug L.C.E.S. (Locate Cooler Establish Shade). One of the two "real" teachers there took one of my charges around to try out all of the heavy equipment, which made me feel secretly relieved and slightly guilty. I took the other one and giggled like a first time mother at a kindergarten talent show as he stacked orange safety cones with a backhoe, proclaiming his resemblance to Bob the Builder, and lower a cement plug onto a target with an  80 foot crane. He also rode way up high in a man lift, all the way to the top of the American flag. Introducing himself to the obliging lineman/guide the whole time.

Then we went inside, where my sidekick became fairly distressed during a game which required donning work boots that didn't fit, other safety apparel, and hula hooping five times successfully. After forty five minutes the guy at the booth gave him a neon slap bracelet and helped him escape from the onslaught of PPE. We had lunch. And then left on the bus. With 27 kids and 63 snap bracelets. Someone's sick idea of handing out snap bracelets to kids on a bus for three hours is just vicious. By the time we got home, I am aware of at least four snap bracelets that were either thrown or accidentally lost  out the windows, welts on several arms from malfunctioning devices, and one attempt at strangulation with a snap bracelet. Happy to report: it was unsuccessful. I have to say that my two SPED kids were the most well behaved on the bus. Even if one wore his lunch on his face all the way home, and the other was semi-catatonic from overstimulation, I was never more convinced of their good manners than when a ninth grader in the back of the bus somehow nailed me RIGHT in the eyeball with a rubberband. My eye stills aches and I will probably be up all night plotting my revenge.  Stupid kids. I gave away my fresh, cold smart water  and sweated my buns off. All in all, it was a good today. I'm fairly certain that  between the ten hours with that crowd, an expedited bike ride to the store when I got home for olives, tomatoes and Jaunitas (yes, I came home and made dinner - please hold your applause til the end), and my new coffee sugar scrub, I'll wake up tomorrow ten pounds lighter. #bringonthedisillusionment

At any rate I'm tired. So I just laid apathetically and listened to the kids fight through their chores, through a kitchen water fight that was not In Good Fun, a broken bulk bottle of ranch dressing that oozed into the bottom of the frig... I just laid here. Ice pack scorching my back. Sunburn scorching my face (darn reflective safety glasses!) ,  1.5 PBRs in, and a weiner dog on my elevated legs. The fan is blowing cool air around the room and in T minus 10 minutes, the children-fighting noises will be isolated to one bedroom upstairs and I can fall asleep, beer in my hand, to some crappy tv show. It's a good life. 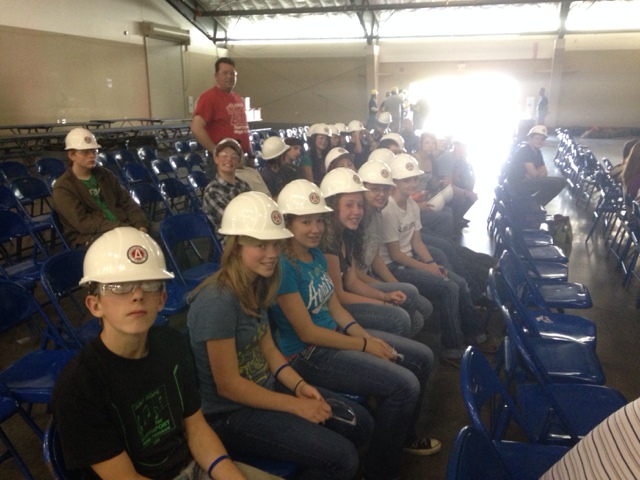