Things About Sweatpants: A really bad research paper done in one hour

How Soon Is Too Soon For Sweatpants?
by: Livia Stecker

Popular culture is overrun with references to the socially acceptable hour to begin consuming alcohol. Jimmy Buffet lends Country Legend Alan Jackson some aid in the quickly established mantra of alcoholics across the world in his ode to early drinking: It's Five O'clock Somewhere. Whether five in the evening, or the broadly established noon hour should be considered the norm for drinking commencement, it strikes me as particularly neglectful on behalf of society that we have yet to examine the equally critical issue of what time of day is appropriate for donning sweat pants. To examine this oft-ignored social question, we must first break it down into the three separate issues it creates. First: is the dilemma arising because the sweatpants in question are actually still on from the night before? Second: Are the sweatpants in question stylish/sexy and or passable for public activities? And third, but most critical, what events precipitate the necessity for early accouterment of aforementioned sweatpants?

When examining the first question raised by mid-day sweatpants wearing, we have to consider the demographic breakdown of our audience. Assuming that we are discussing neither morbidly obese redneck men, or young athletic professional men, or any men at all, other than Marky Mark or Colin
Farrell (see graphic 1.0), it is safe to say that we are targeting women of all ages with a variety of issues to deal with on a given day. This brings rise to the discussion of whether or not the sweatpants that we are considering have been on since last night, or sometime in the previous week. If this is the case, we have to refer to the fourth paragraph of this essay to establish crises criterion with which to establish a baseline of long-term sweatpants wearing acceptability. Say for instance, your dog died last week. Obviously you haven't recovered from the trauma enough to have been able to change your clothes at any point. But this will be examined further in a later paragraph. Assuming no Major Catastrophe has befallen you, if the sweatpants in question have been worn since the previous evening or earlier, the move to change and/or upgrade to denim is based entirely upon the time of day that one enters into this decision making process. For example, if the question of changing clothes comes up sometime before noon or one o'clock PM, it's safe to say you may have a few successful denim wearing hours in the day. If this thought is not broached until after one in the afternoon, then dressing up is a foolhardy exercise in extra laundry inefficiency. The social justification for early-to-late sweatpants transition is far reaching and easily understood by everyone that matters, which is to say, all of the cool kids. (Echosmith, 2014)

Secondly, most of this debate is quelled with the answer to one simple inquiry: What Kind Of Sweatpants? Thanks to Jessica Simpson, circa 2004, when she was almost cool for a minute, if you had cable (In Review, 2004) (this is before the catastrophic Chicken of the Sea comment...), any sweatpants made by Victoria's Secret double successfully as sexy day wear. Just ask Mariah Carey, Jennifer Lopez, Meg Ryan, and all of your other high-fashion icons - slap a PINK! on it, and you're good to go. Hard Tail knits, Juicy Couture's remix of high-end velour track suits, and more recently (as in 5 years ago), Vanessa Hudgens sporting the Gypsy 05 sweats, are also emerging fixtures in the crossover world of lounge to party. Flo Rida and T-Pain give a nod to the "baggy sweat pants" in the '07 hit, Low (FloRida, 2007), giving instant justification to millions of stay at home booty shakers. That these events transpired more than five years ago is no reason to question the viability of acceptable daytime sweats everywhere, given the right label. More recent evolutions of the yoga pant to include demon-like 5 pocket styles and narrow bootcuts like a dressy pair of slacks, are a welcome edition to the  repertoire of almost-pajamas that qualify as day wear. Emergent brands like Athleta and LuLuLemon are fabulous examples of this trend. Yoga pants and the theme they present really belong to a separate classification which should be examined in a later essay. 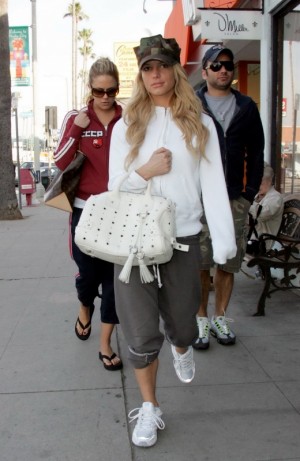 The third and arguably most poignant question which keeps the answer to this puzzle shrouded in cloudy mystery, is that of motivation. Why are the sweatpants to be worn? What is the compelling factor in the acquirement of sweatpants early in the day? As we mentioned before, an emotional trauma such as the death of a dog, the loss of a job, the toilet overflowing, or the mechanical failure of a washing machine are all reasonable justifications for long term sweatpants wearing. But finding the appropriate rationale for day to day early sweatpants wearing can be somewhat more tricky, especially if one is expected to work or perform on a semiprofessional level at any point before traditional bed times and/or workouts. There are a few exclusionary situations that qualify for rapid sweatpant admission without question. These include but are not limited to: being on one's menstrual period, PreMS, or PostMS, recent unplanned weight gain and/or having a child any time within the last ten years. Other unforeseen factors, such as relationship ebbs and flows, misbehaving children, and general bad moods can easily be translated into solid justification with little to no argument, depending on the value one's spouse/parent/living partner puts on his/her own life.

In conclusion, it is my personal experience that there are very few, if any, hours in the day that are exclusive of acceptable sweatpants wearing. Social settings, emotional events and demographic information notwithstanding, there is a reasonable argument for the propriety of sweatpants in most situations. How long a pair of sweatpants is worn acceptably is based entirely upon the surrounding circumstances and appropriateness of intimate support and/or antagonism from those closest to the wearer. The style, brand and appearance of sweatpants, with the advent of fashion forward lounge wear, becomes less of an issue than the Hanes Her Way quandary of the late 90s (I'm Sorry, 1995), when sweatpants in a nightclub would have been social suicide. And at the bottom of it all, the directing motivation for the wearing of sweatpants at questionable hours of the day is really the deciding factor in whether it is "OK" or if denim should actually be considered. Sweatpants have come a long way from the draw string gym pants of the 1950s (Steve McQueen, 19RAD )that some brilliant housewife thought to steal from her jock husband. The evolution socially, fashionably, and functionally of sweatpants cannot be understated for the frustrated woman who can only get her jeans zipped on six days of an average month. There is a time, and a place, for sweatpants, and the for daughters of this millennium, that time is all the time, and that place is everywhere. 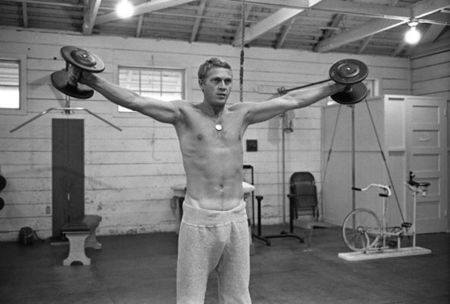 I have been in this game for more than 18 years. In any other profession, I would be on the downhill slide towards retirement, and considered by most to be a relative expert in my field. But this is mothering, folks, and just when you think you've got it all figured out, those darn kids slip you a curve ball and you're caught with your pants down. Or off completely.

Last week I was starting to get a little bit too comfortable with my "success" as a mother. My oldest daughter who is now at college texts me for advice, which means I still hold some sway in her opinion, and my other three were mostly speaking to me. All of this winning was just a few blissfully unaware hours before I lost control of the G6 seventeen-year-old rocking the current exchange students, and infectious disease began running rampant in my house along with a  river of poop. Real poop. Believe it or not, none of these three are connected. Just separate ongoing episodes of terror. All unrelated, but all intent on reducing me to a quivering mass of useless parenthood.

In addition to being completely unable to correctly diagnose, treat or make disappear the weird rash on Aspen's forehead, I lost MacKenzie to an outbreak of Total Insolence and Blatant Disobedience this weekend, garnished by the unabated overflow of a toilet that nobody admits to pooping in. I am pretty sure the guilty depositor is also the mysterious nobody who leaves their feminine hygiene garbage lying around the bathroom to welcome me awake in the morning. I think this is what they mean when they say boys are easier than girls to raise. Well, this and the screaming, crying, cursing fights and monologues that happen daily here.

In the wake of all of this catastrophe, when Halle texted me last night for more social advice, which apparently I am an expert in, being so successful in my own social life, I ignored her. In my defense, it was the middle of the night, which for college students is about 3 AM but for me has been surfacing around 10:30. To make amends for my neglectfulness, as well as the recent uncovering that I have deprived my children of the unknown Joys Of Cuddling for the last 18 years, I am putting together a care package for Halle consisting of Candy Corn and Hi-Chew. Which is clearly the way to a college freshman's heart.

My solution to the adamant rebellion of MacKenzie is to first enlist the help of her father, which results in her convincing him that I am being irrational by requiring her to provide information about her whereabouts and proof of adult supervision, so then my secondary recourse is to just quit speaking to her and shoot eye daggers at frequent intervals. Because that's totally gonna fix it. In case you haven't noticed, punishing a teenager is much more difficult than one would think. If I take away sports, she doesn't graduate, and I am faced with another school year of rebellion. If I take away her phone, she uses someone else's. If I take away her job, there's a good chance she will never move out. Really every conceivable consequence is actually more punishment for me in the long run. And she knows it. That's the worst part.

My only hope is that Natalee and Aspen and Uyen (who is known and loved by all as Wynn, these days) catch the crossfire of the eye daggers and learn from the many and grevious mistakes of their older reprobate sister.

All of this has convicted me of my own insufficiencies as a parent and as an adult, a point never contended by me, but a sad fact for the casualties of my efforts.

In conclusion, Aspen's forehead rash is running amok, Halle is probably facing social demise, and MacKenzie is going to turn up with face tattoos and her own liquor cabinet soon, as a tribute to my Mad Mothering Skillz. It's all in a day's work, my friends. Or two decades. Whichever.


at 20 October No comments: