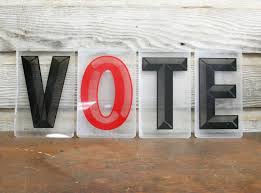 I voted. I did. I read the voter's guide. I colored in the little boxes. I signed the envelope. And I mailed it.


Not because there was a candidate that I Really Believed In, other than who should NOT be our coroner. Not because I believe my vote can change the world. Really, the most it did was cancel out the vote of that crazy lady down the road. (Not my sister, guys, sheesh.) But I voted because, most of all, I CAN. Some places, you can't vote. You don't get the chance. It's easy to forget that voting isn't a right every where in the world. Just like Halloween isn't celebrated, or maybe even Christmas, God Forbid. There are places out there with no light. No joy. No Christmas. And no voting.


And whether the whole system is rigged and we really have a say or not, it is our responsibility to do our part. Keep up our end of the bargain. To not take for granted the opportunity that we have. Whether there are hanging chads or ballot recounts. We did our part. 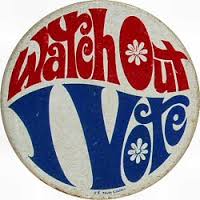 To be honest, there wasn't a single name on the ballot that I would really defend with any energy. This is partly due to my own apathy and ignorance, although this year I did do a little research. I guess 37 seemed too old to be calling my Friends and Relations and ask them questions about stuff only to get really biased and extremely opposing views. I'd really like to see a ballot where I can vote for world peace, Christmas for everybody, and a global ban on lima beans. (sorry Ricker.) Now there's some politics I can get behind. Really if we had those things, none of the rest would matter. If there was self-control, love for others, and not to sound like a hippie, but "Social Consciousness" in the individual then we'd never have to vote on legislation about guns. Or marriages. Or any of that crap. Because we would all be good self-managers. Just like Aspen in the 3rd grade. (except she lost her self-manager bracelet. Ironic.)

There was a time in my life when I didn't vote. Mostly because I didn't believe it worked and I don't like any of the liars that lie arrogantly in front of the whole world. And because I was cynical. Ok, that was redundant. I still don't have confidence in the system or the politicians. But I have the conviction that it is my responsibility to seize the opportunity that I am presented with. Because changing the world has to start with one step. Tomorrow I will probably host a walk-a-thon for world peace and self-management through Northport. Afterward we will look for Aspen's bracelet. Don't worry, we'll be done in 20 minutes. Including sign making.

In short, I am here to remind you to vote, because I did. And if I can, then anybody can. And because we CAN, we MUST. That's how it works. at 28 October No comments: