Things I Am Going to Whine About

You've been warned. Don't pretend like you wandered in here all blissfully ignorant. The Whining was foretold.

Every inch of my body hurts.

Aspen is trying to make macaroni and cheese and wants me to check and see if the water is  "bubbling aggressively" enough for her to add the noodles, and the mere thought of moving that far is Totally Overwhelming. I refuse to give any energy to the thought that the body aches that have been chasing me for the last week could be the flu bug that is going around, although calling in sick to life sound a little heavenly. But I will wait until my TV gets installed tomorrow.

Yesterday between shifts at work I was driving home and got through most of Northport before I realized that I was driving in the wrong lane. The scary part was that I couldn't remember which lane was the right one. I think my brain is running on fumes.

I made it through a really ridiculous weekend, including an all-nighter with the high school drama stars. Actually I don't know if any of them are in drama. But there is always drama. I was the designated, self-inflicted, chaperone of the girls. It was 1:30 AM before we successfully got all of the boys and girls drawn out of dark outdoor corners, separated and into sleeping bags, or parts of sleeping bags, since apparently only 5% of teenagers know how to pack for an all-nighter. I had my sleeping bag, a foam pad of questionable origin, and no sweatpants, because I had secretly hoped to weasel my way out of chaperoning all night. Fail. I watched the clock All Night (technically morning) long until 7:03 when I got up and drove MacKenzie to work and got into my own bed and slept for a couple of hours. In spite of all of the teenage crises transpiring, the height of intensity for me was when I checked my Fitbit. After working two restaurant shifts that day, a total of 14 hours, I was super excited to see how many miles I had run. And fantasize about the the desserts I could eat if only there were desserts to be had. Anyway, the stupid thing said I had walked a quarter mile. 0.26 of a mile. I was livid. Absolutely distraught. Until I realized that it was 12:15 and my Fitbit reset at midnight. So really, I had walked a quarter mile just in the first fifteen minutes of the new day. Yeah. I am awesome like that. 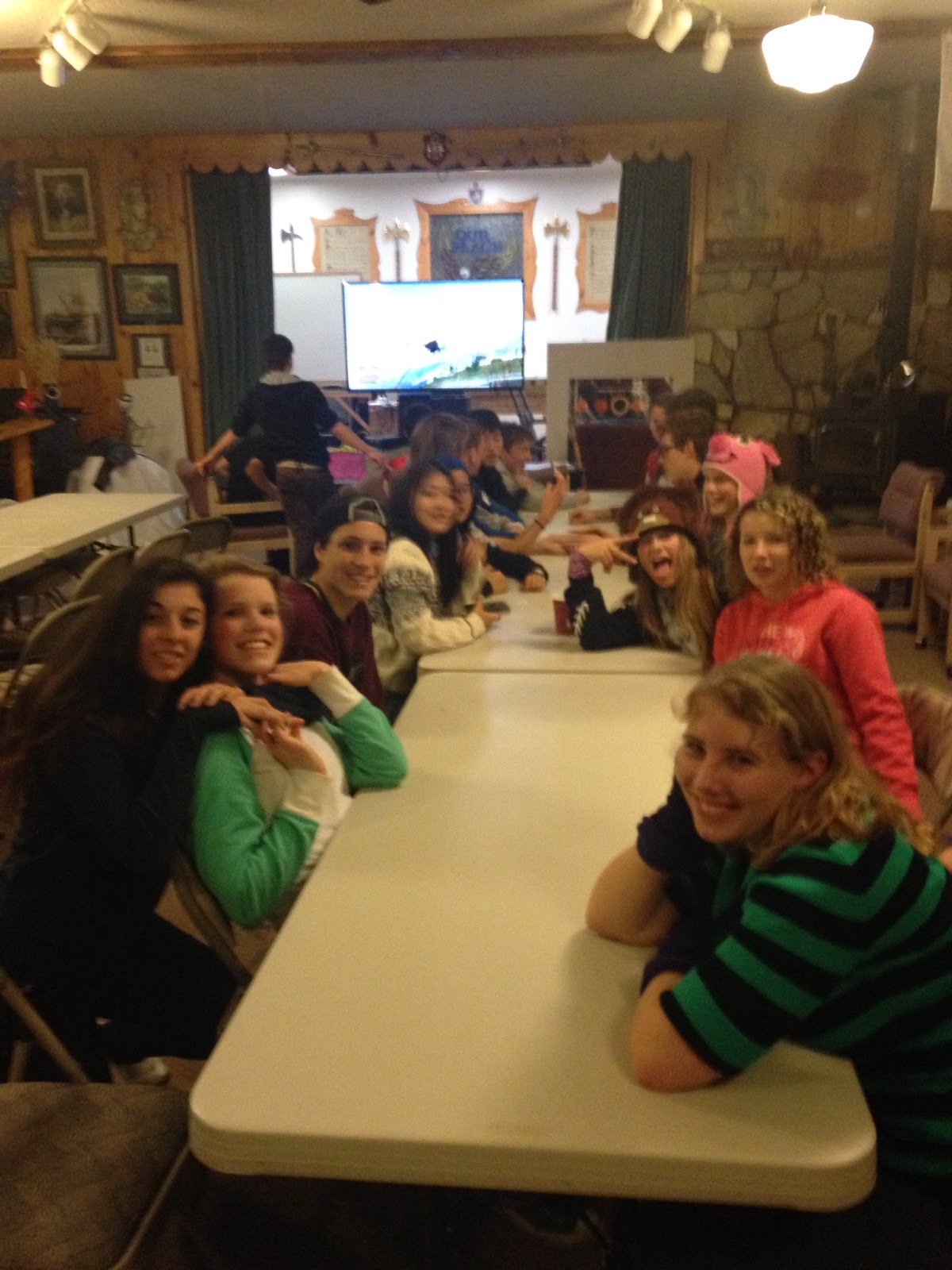 So today is the day I try to remember who lives in this house of chaos and destruction and deal with the separation anxiety issues of three needy dogs and four detached girls. It started out well when I walked face first into a giant spider web in my sliding door. An attractive orange and white popcorn spider met a swift demise by screen door guillotine, as pulled spider webs off of my face and hair.

I went and got a coffee from Kizzie at Your Way Latte, who made it PERFECTLY my way, which might be the first time that has happened there, and now I am eating Aspen's macaroni, since the water was bubbling aggressively enough.


at 09 November No comments: