All of the best things in the world: beards, banjos and badass sunglasses. And a song that never gets old... especially today.

at 17 November No comments:

Things About Girls. And Beer.

It was a long time coming. Last year sometime, so long ago that I don't remember when, me and a bestie met up with my Aunt and cousin for a girls beer night in Spokane at No-Li brewing. Turns out that there is this group of gals in the Spokane area that set up micro-brew-centric events for GIRLS that like beer. We had a blast then, and I mentioned to the ring-leader that they should travel north for a visit to Northern Ales in the lovely town of Kettle Falls. Northern Ales started in Northport, and I won't lie - I pretty much lived there for a little while... but even after they relocated I retain a hometown loyalty toward them. Not to mention they make some pretty stellar beer. 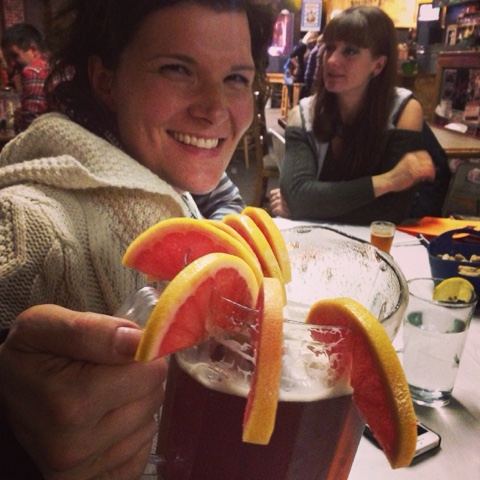 Anyway, long story short, we finally set a date and sold a few tickets, and the Inland Northwest chapter of Girls Pint Out hosted a road trip to Northern Ales. So as it turns out, mid November, with sub-freezing temperatures, can be somewhat of a deterrent for a 2+ hour drive in the dark with the intention of drinking. I get it. So when only two girls from Spokane showed up, we did the only reasonable thing: overcompensate with our local presence. They kept trickling in, until we had almost a dozen gals, from many different places and walks of life. It was a fun group. And the beer... 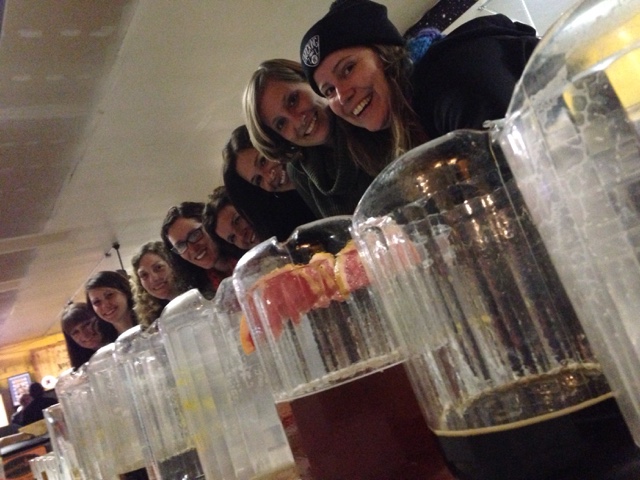 Most Girl's Pint Out events involve beer sampling. Sometimes with food pairings, and a brewery tour, etc. Steve and Andrea at Northern Ales stepped this one up a little bit. We were each provided with a taster glass and the beer list, complete with wordy descriptions of the brews that used terms like "creamy mouthfeel", strategically placed toward the bottom of the list so that you've had enough beer that this provides ample middle-schoolish giggling. The beer was delivered to the table by the pitcherful. I don't know if you have ever calculated how many taster/shot glasses you can fill from a pitcher of beer, but with 10 beers on tap (or was it 11? I lost count after 4) that equated about a pitcher of beer apiece. And this is no lite beer.

Steve took us on a whirlwind tour of the brewery (which we were technically sitting smack dab in the middle of) between sets of the concert that his band, the Northern Aliens was playing. Talk about a man of many talents! He can play drums, brew beer AND tolerate a bunch of rosy-cheeked, beer-officianato, middle-schoolesque girls on a tour. He's a winner in my book. 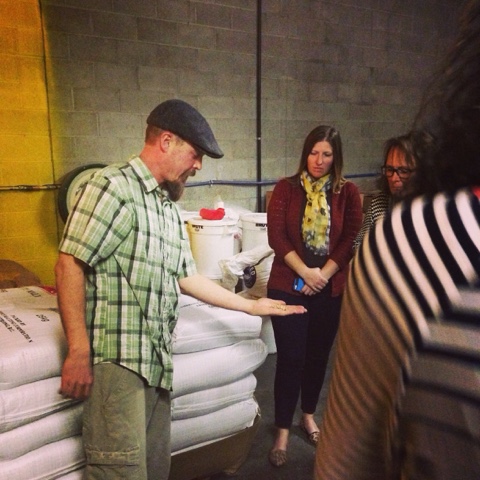 In addition to A LOT of beer, we got some of the best chips and salsa on the market, the brewpub's "Soggy Snacky" (a creative moniker for crostini with oil and vinegar), and a couple of pizzas that were seriously to die for. I have never eaten anything at Northern Ales that I didn't want to dedicate an entire blog to, much less my whole diet plan.

The giggling set in when we were about 3.75 pitchers deep - part of the way through the tour when we witnessed a couple emerging from one of the coed bathrooms together. I mean, the sign says... 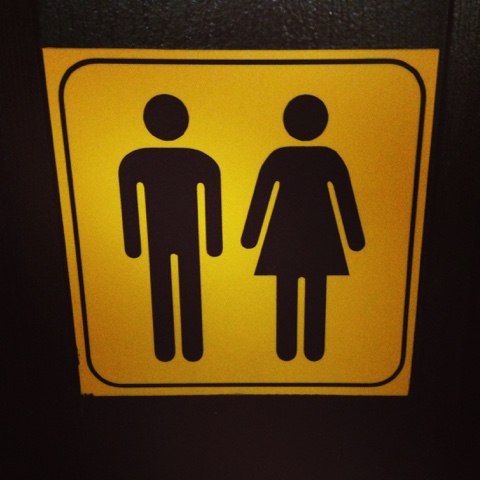 It was a great night. With great food, great company and AMAZING BEER. I could easily do that once a month. Or week. Or every night. If I could somehow relinquish the necessity of daily functionality.

Check out Girl's Pint Out on Facebook - there are some awesome upcoming events, like a hockey game in January, that I CANNOT wait for. If you aren't from the Great North Best, no harm, no foul - there are regional GPO chapters all over the place. Look it up in your area. It's a great way to meet other crazy girls and get in on some sweet beer-oriented deals. 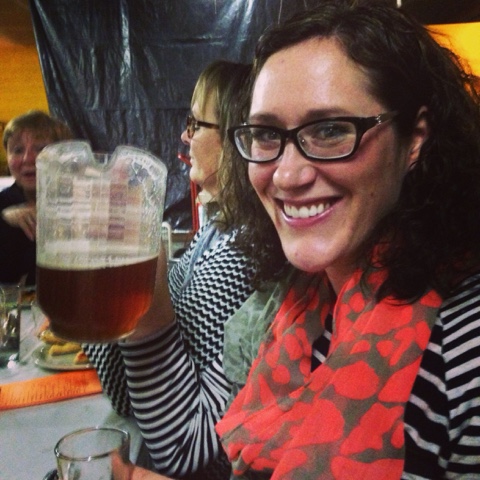 at 17 November No comments: