I haven't got a thing to wear.

No seriously. In my wardrobe that consists of a minimum of 1374 items, I hate it all. 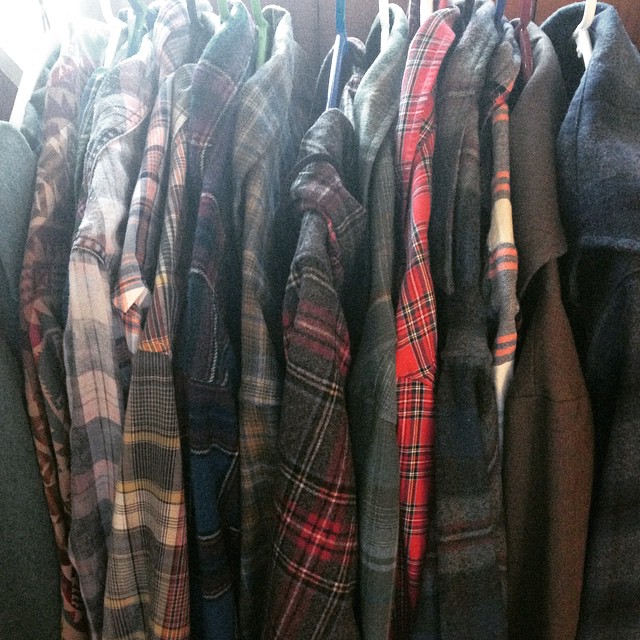 Maybe it's PMS. Maybe it's springtime and the dark plaids of Pendleton are mocking me. Maybe I am tired of black hoodies and Ugg boots. I am not sure, but either way, I need new clothes. I generally find myself needing an entirely new wardrobe right about the time of year that I can least afford it... crawling my way feebly out of the winter doldrums, shedding winter pounds in my head and imagining all of the size 6s that I will fit back into next week. That's part of the problem right there, half of my 1347 piece wardrobe are throwbacks to another time that I am absolutely refuse to give up on completely. I still have some Levis from when I got married - the FIRST time. I am adamant that they will fit again. Along with the bohemian sundress from Valentines day 2003, and the black velvet Audrey Hepburn shift dress with the boning in the size 4 bodice. I'll get back into it someday - and maybe then I will have an excuse to wear it.

Either way, right now, in my size 10 reality, the stuff that does fit involves black hoodies and Ugg boots. Enough is enough.

I told my sister last night about the emergent need I had for new boots. New boots are the starting point for building a new wardrobe and hence, a new style. She obviously agreed with me, because who doesn't need new boots RIGHTTHISSECOND? But I am torn about what kind of boots. Spring is coming. So tall boots with cozy socks and layers of sweaters might be a little much in the very near future. And let's be realistic: while I like to dabble with the idea of skinny jeans and patterned leggings, probably the only person that wants to see me in those is my good friend Noone. I might never escape the clutches of the low-rise bootcut jean that took me prisoner in 2001. Granted the "bootcut" has waxed and waned over the years, but the fit, other than going up several sizes, hasn't varied much for me. So any boots I get have to be bootcut friendly, which is redundant, since aren't all bootcut jeans cut to go with any boots? But NO! I protest. I think we can all easily imagine some footwear styles that just should not be rocked with any jeans, especially bootcut. If not, here's this:


Additionally, with my back being like, the worst it's ever been for the last month or so, I am desperate to find shoes that don't make it worse (if that is even possible) This means no heel height and hopefully a little bit of squish. But I've also realized that a good, solid pair of shoes that aren't Baldies, Uggs or flip flops, might actually help a little bit. Not to mention the fact that if I ever felt like dressing like a civilized adult I would be totally screwed.

Case in point: I went to do an interview with a semi-famous soul singer the other day (I only say semi-famous because nobody around here knows who he is. Real people do.) and I nearly panicked about what to wear -you, know, that didn't say: "I have four kids in school and I had to drop them off before I came to meet you and they used all of the hot water so I didn't get a shower and also I am out of laundry soap and there is dog hair on everything I am wearing. You're welcome." I talked myself out of a total freak out, because it wasn't like I was interviewing Bono or something, in which case I would have probably booked a ticket to New York, hired a stylist and sold my two youngest children for one outfit and a pair of grown up shoes. Instead I made do with my traditional bootcut jeans and a frumpy t-shirt. What famous musician doesn't love a frumpy t-shirt? I mean seriously.

I started out this blog in 2012 with a post about Things That Moms Wear, wherein I decided to start dressing like an adult. Sort of. It didn't work out very well and I think I have the exact same wardrobe now that I had then, plus a few Pendletons. I was supposed to write a follow up blog about accessories but I have been in a long term argument with necklaces since then and haven't been able to reconcile. Looking back, and, to be honest, forward, there are a few non negotiables in the fashion (or lack thereof) world of Liv. One, I like holes in my jeans. I pretty much have since the day that Kurt Cobain died. I have, unlike some kids in the highschool, established certain limits about these holes. For instance, this will never fly:


But tasteful holes, which I have paid extra for, are just something I can't get away from. I've tried. It's like beer and saltines with butter. It's just my thing.

Also, I hate collars. I hate anything around my neck. Probably why necklaces and I aren't on speaking terms. Turtlenecks are right out. I even cut the necklines of some of my best hoodies because I can't breathe in them. I love Pendleton enough to tolerate an occasional button down collar, but otherwise, just no. This rules out cowl necks, mandarin collars, and even a lot of vintage crews that choke me. It is somewhat limiting, I will admit. And given our family fixation with Dickeys, it's somewhat frustrating that I just can't make it happen. 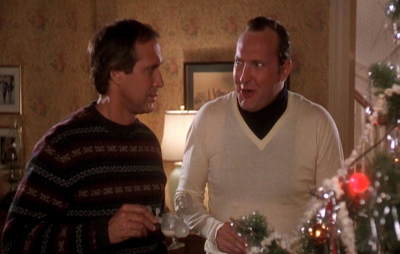 So basically I am operating out of a wardrobe that consists of holey bootcut jeans, deconstructed hoodies, scoop neck t-shirts, flip flops, baldies and Uggs. It's time for some help. But not too much help. We've established the unreality of heels, collars, skinny jeans and necklaces, but I know that there is more out there... I guess that will be my quest this spring - reinventing the bohemian tomboy redneck. But not too much.