The thing about growing up in the Christian Community is that you learn a lot of buzzwords. Sometimes, you know what these words ACTUALLY mean, like PARADIGM, and sometimes, you just operate under the accepted, applied meaning as it is handed down to you from the powers that be, such as MARTYR.

We all "know" that a martyr is someone who will lay down everything for the cause that they believe in. But over the years, the connotation of a martyr in many circles has evolved from the hard-working bible-printers burned at the stake to sappy, willing victims who have found power in "giving up" things for the sake of attention, notice or spiritual elevation. In fact, the Merriam-Webster definition has expanded to include this version of a martyr:

1) A person who is killed or suffers greatly for a religion or cause, etc.

3) A person who suffers greatly from something

(side note: who is this Merriam fellow and when did Noah Webster's 1828 dictionary quit becoming the rule? See end of blog for the answer.)


I personally had lost a lot of respect for the word martyr, until this week.

Kayla Mueller was 26 years old. A graduate of Northern Arizona University, (my alma mater) majoring in political science, Kayla continued a lifestyle that she started in high school, devoted to one thing: taking care of people. She volunteered in women's shelters, HIV/AIDS clinics, and refugee centers in Israel and along the Turkish/Syrian border. In August of 2013, she was taken captive by an Islamic Extremist group. It would be nine months before Kayla's family would receive contact and proof of life from her captors, and in February of 2015, 18 months after her capture, her family confirmed publicly that she was killed in captivity. While rumors and speculation about the nature of her death fly around the internet and news media, the one important fact remains: Kayla Mueller is gone. 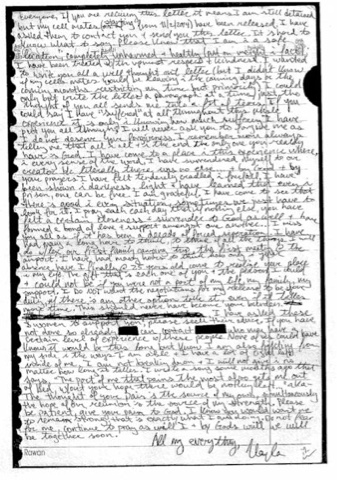 Last night I went to see American Sniper, and along with much of America, I was taken aback by the senseless death of an American Soldier who nearly sacrificed his soul on the battlefield long before he lost his life at home, in relative safety.

The thing about a Martyr is that the death is, as Mueller's and Chris Kyle's, totally senseless. Mueller was dedicated to helping people. All people. Not just Christian people, although she was a devout Christian - but every race, religion, lifestyle and region of humanity. Chris Kyle fought to regain his own humaness and then turned back to reach out to other veterans facing the soulless aftermath of war. They were killed DOING GOOD. Good that could have continued. The beauty of martyrdom is the message that is sends. While Kayla and Chris have been stopped in their tracks - their stories go on in the actions of others who are compelled by their deaths to do something. So while martyrdom is, indeed, senseless, it is not, in fact, useless.

I have a new respect for martyrs - real martyrs, and the eternal imapact they have on our global community.

We cannot undo the deaths of Kayla Mueller or Chris Kyle, but we can continue their work.

Support To Life is one of the last relief organizations that Kayla Volunteered with before her capture. Check them out and see how you can help.

The Chris Kyle Frog Foundation is an organization for veterans and their families, offering the support for re-patriating soldiers that Chris started before his work was cut short.

(answer to the side note: the George and Charles Merriam Company obtained publishing rights to Noah Webster's dictionary after his death in 1843)