Since the passing of the Man's Man, The Duke, The Quiet Man: John Wayne, there has not been another hero of the big screen that could exude heroic manliness with a side of rogue quite like Harrison Ford. Somewhere in the midst of all that, Sean Connery was working deftly behind the scenes to add his name to the list, immortalizing James Bond and definitively making a scottish accent HOT, and of course Christian Bale is a sweet boy, but Harrison Ford is without question, the Reigning Quintessential Male of my life. It's the crooked smile - that spark of mischief in his eye, the swagger of a man who knows how to work with his hands but prefers to work with his sharp wit and rampant charm to make stuff happen. It's the deadly combination of kick-your-ass and cuddle-on-the-couch. The keen intellectual crossed with the caveman protector instinct. Hero and Scoundrel, Testosterone and tenderness. It's everything a woman could possibly need. 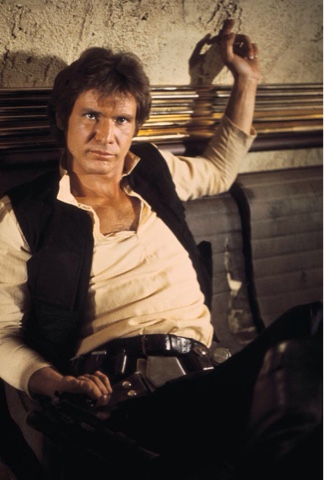 Princess Leia didn't stand a chance, for all of her protests and feminist rhetoric, she was putty in the hands of the Scruffy Looking Nerfherder. Just enough trouble to activate the unavoidable tractor beam of a bad-boy, Han Solo was the epitome of "I'm gonna kiss you and you're gonna like it," as his predecessor the Duke was, leaving a trail of breathless, swooning girls behind him.

Semi-intellectual college girls everywhere were weak in the knees when Indiana Jones introduced the world to a messy-geek-heartthrob and dictated the outcome of my whole life. I was less than 12 years old when I resolved to find the Arc of The Covenant, which we all know was a clever guise for my pursuit of the dashing Doctor Jones. I don't remember when I accidentally saw The Raiders Of The Lost Ark for the first time, but it was with my not-homeschooled cousins in Walla Walla in my granparent's upstairs and my mom and dad would NOT have been happy. All that face-melting business was a bit traumatic for my G rated movie experience level, but the swashbuckling and brilliant Harrison Ford defined forever what a man should be for me. 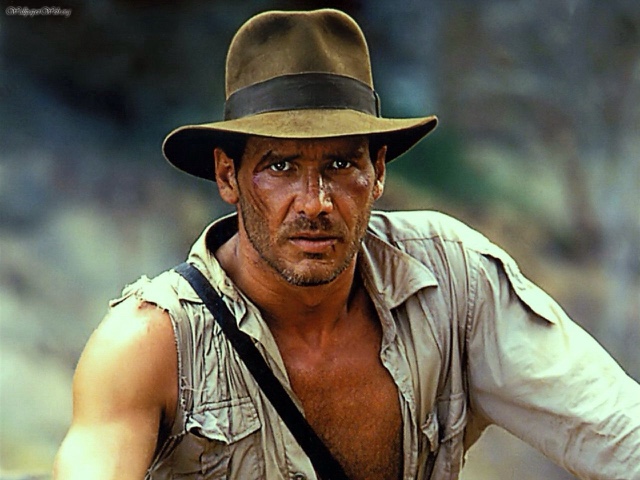 Maybe Harrison Ford is the reason that I am single today. Still searching for my Han Solo/Indiana Jones/Jack Ryan superhero with genius intellect and a heart of gold. Maybe nothing else will do. And why should it? If there are Harrison Fords out there flying vintage WWII airplanes into the ground at 72, why would I settle for anything less?