Things About Being A Cow

The other day, I was driving through the rolling farmland of the Palouse, and happened to spot a lone black cow wandering morosely up a very long, very dusty hill. All of the other cows from the herd were lolling around in the pasture down below, but for some reason this cow was trudging dutifully up a two-track in the dirt, for what seemed like endless miles. I had nothing but sympathy for the cow. Oh honey. It reminded me of me. One more step. Just keep going.

And everything in me wanted to stop the car and wave my arms at her and yell across the barbed wire fence:

"You're ok, Bossy! You don't have to climb that hill! You can stay down below with your friends! It's only a few pounds! You're beautiful just the way you are!"

Because clearly the cow was climbing the hill for exercise, which is the only reason I think that anyone would climb such a long and terrible thing. And then I realized how silly I was for anthropomorphizing the cow, who was probably really headed to a watering trough that was vital to her existence. Why she was doing it alone, who knows, but again, probably for a very sound reason, like maybe she is a diabetic cow and very thirsty all of the time. Or perhaps she forgot to get a drink when all of the cows were up at the top earlier in the day. Either way, if I imagined that the cow had a Vitally Important reason for climbing the hill, it made more sense.

And then I realized that's what I should be doing - something necessary - to get up my big hills. But what could possibly be so vital in my life that it would make climbing a big hill really worth it. I could put water up there, but it would be awfully disappointing to do all of that work for just a little drink of water. Even a Reese's Peanut Butter Cup. I mean it's good and all, but not necessary. And if I woke up at 7:00 on a rainy morning and knew that a Reese's Peanut Butter Cup sat at the top of the hill, I would probably opt to stay in bed. Because priorities.

So after racking my brain for awhile, trying to think of ANYTHING that would be super important and worth going all the way up there, and the only thing that came to mind was my phone. WHAT IF I planted my iPhone at the top of the hill, and I couldn't even check my text messages, or Instagram, or anything until I got to the top? I got a little panicky at the thought and then realized that it might actually work. Which made me feel like a very shallow person and also slightly embarrassed.

But if you see an iPhone sitting at the top of the Great Big Hill behind my house, you'll know why. And don't bring it to me, because you're not actually helping. Well you are, but you're rendering aid to the wrong part of me. It's the part that wants to stay in bed forever and doesn't mind being soft around the edges. 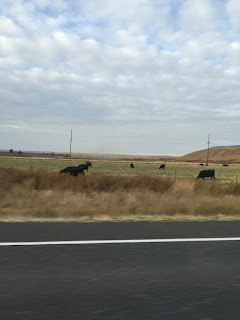