Things That Qualify As a Workout

I was the special education teacher today. (Chris Hoops, this means I am no longer your inferior. I am now your professional equal.) In case that doesn't mean much to you - which it should, because there isn't one person I know that hasn't been personally touched by the world of special needs, learning disorders, or other disabilities - it's basically 6.5 hours of explaining, affirming, re-explaining, affirming, patiently enduring  accidental insults and vague threats, affirming, explaining again, affirming, directing, affirming, redirecting, affirming, and on and on and on. The REAL SPED teachers that do this every day (like Chris, and Bethany [just kidding, I will NEVER be your equal]), are absolute educational heroes, along with the barely-over-minimum wage paraprofessionals that do all of this and more every. single. day. I see you. But seriously. It's a work out. I had to remember how to both add AND divide fractions, not to mention explaining why a cited source quote has to be verbatim and should somehow connect to the rest of the annotated bibliography. I mean seriously. I couldn't even do that in college!!! But dang it all, I NAILED it. And I even checked the answer book to make sure. I can teach math, you guys, and even some English. I can. Badly, and with questionable communication skills (I didn't swear any actual swear words), but I did it. I have the LCD and the GCF and the MLA guidelines DOWN. PAT. LIKE A BOSS. Because, obviously, I am.

Then I came home, and because all of that brain exercise wasn't enough, I decided to take on every single flea in my infested house in hand-to-hand combat. What this actually looks like is bathing 2 dogs and 1 cat. Anyone who has bathed a cat really doesn't need to read any further, because THEY KNOW. I look like a botched suicide attempt after Crookshanks tried to pull both radial arteries outside of the skin of my wrists. I'm not sure if you've ever seen anything other than a rainforest frog climb a window, or one of those sticky hands out of the vending machines, but Crookshanks succesfully climbed the window. And not the screen, as is traditional feline behavior. No, he made his way nimbly up the glass while Aspen was helping me apply direct pressure to my right wrist. Believe it or not, the cat got his bath AFTER I bathed the 85 pound aptly named Truck, who hasn't had a bath since last summer when a sun-warmed garden hose met its  doom at his perpetually extended claws. Ok, to be fair, it was a reclaimed toy hose from a fire somewhere that already had 37 leaks, but he contributed his share. Tonight he also ran away from the bathtub twice. Which was a 170 pound rebellion that my bad shoulder and Aspen (who weighs slighly less than Truck) were clearly surprised by. The good news is that all of the animals, myself, Aspen, and the entire kitchen were bathed in a mostly non-toxic dishsoap and vinegar solution that won't harm any of us if it didn't get ENTIRELY rinsed out. 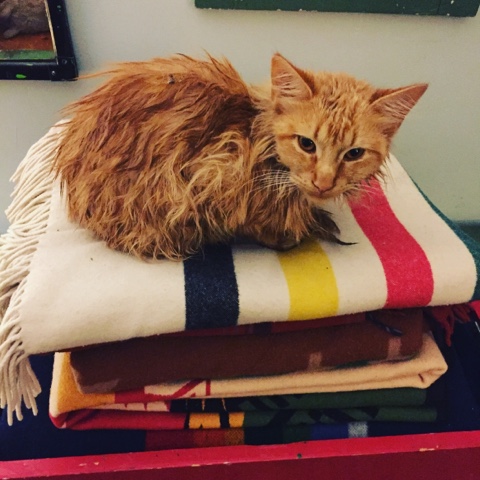 Anyway, I was supposed to do a PiYo or PLYO or FYALL video tonight, except I can't help but agree with my shoulder that we have done enough. My brain has been stretched, my body has been contorted in every imaginable defensive position, as one will when cats are climbing windows. Truck says he's sorry, but Crookshanks still isn't speaking to me. The surviving fleas, however, are throwing a party on the carpet that I just vaccuumed with Borax in yet another Pinterested solution to the crisis at hand. All in all, it's a #winning day. I've earned this mason jar of wine, you guys. 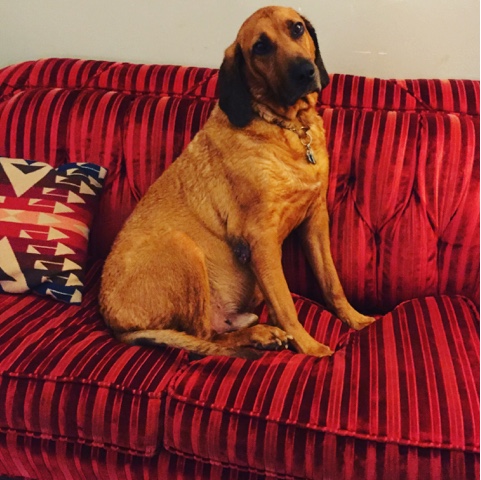