Things About Doing It 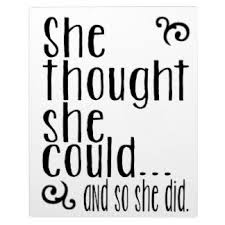 A few weeks ago, I wrote a blog about running, or more accurately, not running.

I mentioned the personal life goal I had of passing the pack test. The 45 minute, three mile, 45 pound wildland fire fitness test, required for all line personnel. It's not a big deal, right? Thousands of firefighters pass this thing every single year like it's no big deal. Thousands of young, whole, healthy firefighters who aren't me...

I haven't been able to pass it for the past five. Five years ago, in Bend, when I tried to pass it, twice, I didn't finish it time. That was after 6 years of passing it. I even passed the moderate when I was pregnant with Aspen, because, you know, I am a badass. But there I was in 2010, testing with a new fire organization, a bunch of strangers... a bunch of firefighting strangers. Nothing like making a fool of yourself in front of a slew of firefighters. Twice. Turns out I had a vertebral disc that was working it's way out one side of the space between my L5/S1 junction. It just wasn't happening.

Then the Forest Service decided that too many people were dying of heart attacks taking the arduous pack test, so only firefighters with jobs that absolutely required that level of fitness were allowed to take it. For a few years, they considered line EMTs a non-arduous qualification, and I was spared the agony of not passing it for awhile. This was good considering I had three surgeries to try to fix or remove the female organs that were killing me slowly during this time, so I was heavily entrenched in excuses.

Then somebody up top got smart: of course the line EMTs need the pack test - they're on the freaking line. But for us broken old EMTs, they made it optional, with a pay raise for the young bucks who could crank it out. The choice was mine, and something inside of me wasn't ready to roll over and play dead just yet. Even though the disc that was slipping before had now degenerated to nothing, I started practicing with 10 pounds, then 15, then 20... All the while reminding myself that I probably couldn't pass it this year, and didn't have to, and that extra $4/hr wouldn't make THAT much of a difference.

But in the back on my mind there was this thing. I saw it in a counselors office, as I sat there and listened to how my trust issues and lack of money management skills were making me impossible to live with, and trying to think how I could prioritize these things over keeping four girls alive to adulthood and somehow not lose myself in the process... It was a little sign that said only : "She Thought She Could and So She Did". It haunted me. As if I knew deep down that the only thing holding me back was the permission I was giving myself to not succeed.

With the gentle nudging of my best friends, I began to buy into it. Maybe I can. No, I know I can, if I can just meet this one goal first. And then the next... I met each of my workout landmarks, and I started to panic as I removed my excuses for not at least attempting the test. The reality that I understood was that if I started it, failure was not an option. I would not strap that pack on for a second attempt this year. I would not admit defeat again, like I had to in Bend. So I lost sleep for two weeks, arguing with myself about the ridiculousness of it all. I kept practicing, and psyching myself up. And then it came.

The day of the test, my buddy promised to pace me. Just like my best friend at home, I told him to keep on pace, just ahead of me, so I knew where  I needed to get to for a passing speed. The guys administering the test were good friends of mine and I watched with sweaty palms and minor palpitations as they weighed the vest and adjusted it to be sure it wasn't an ounce over 45 pounds. I have some awesome people in my life, you guys. The boys helped me get into my harbinger of doom, which almost didn't feel that heavy, until the walking started.

I could feel my hips creaking and my back grinding with every step, and the shin splints were burning within the first quarter mile. But it was do or die. I almost quit at a half mile. The pace seemed impossible and the weight was literally choking the life out of me. But I kept chanting in my head "she thought she could. she thought she could. I think I can, I think I can." I was like the Little Engine, chug-chugging across the pavement, red faced and not pretty at all. My buddy was a few steps ahead. Every time I gasped or grunted he turned to make sure I wasn't face down on the sidewalk in a puddle of aged regret.

I almost quit again at one mile. I was losing steam and my pace was barely on time. My shins were screaming, and if I had been able to see out of my eyes I was pretty certain there would have been a steady flow of blood pouring out from under the bones in my legs. "One more step. She thought she could. One more step. A little quicker. I think I can."

Two miles in and I was over time. I wasn't going to make it.  I almost cried but I was too exhausted. Clearly I hadn't trained enough. As if any amount of training makes the weight seem OK. Sometime after the second mile marker the burn in my shins started to die down, the spasmed muscles let go and my pacer turned with a concerned look when he heard my sigh of delight. I put my head down and picked up an awkward joggy rhythm that probably looked sort of like an emu running in place. Not finishing on time was clearly an unacceptable end to this mini-drama that I had created for myself. I had half a mile left when one of my good buddies showed up along side me and started to give me crap, which is always a useful motivator for me. A little while later and another bestie popped up on my other side. Then my boss was there, and some random lady I don't know. With a quarter mile left I had half a dozen cheerleaders jogging alongside me like my own personal fan club. Even my the guy formerly known as my husband got in on the pep rally.

The pacer kept me moving, and as I crossed the finish, with 30 seconds to spare, he came back and somehow wrung me out of the vest that had become one with my frame. There were at least 5 people pawing at that stupid vest to get it off me, half of them I am sure because they wanted to be ready to hook me up to a defibrillator when I collapsed. I was done. It was done. I had passed it one more time in my life.

The pep squad made me walk a little longer to cool down, which seemed like the cruelest part. But they did all offer to buy me a beer. I have every intention of holding them to it sooner or later.

After about 15 minutes of tottering on the brink of death, I recovered, and I felt like I had just won the lottery. I even jogged through the parking lot, humming the Rocky theme triumphantly, on the way back. I thought I could, and I did, but more importantly, all of them thought so too, and they made it happen. That's the beautiful thing about friendships - there is so much confidence in having the right people around you to hold you up when a 45 pound vest has beaten the shit out of you. I wonder if this means I have to split my wage increase with them?


PS - I haven't done a single lick of exercise since the test. FOR SHAME!