Things That I Got to Do

I realize it’s been a long time since y’all heard from me. I know that there’s a lot to catch up on. I’ve been busy, guys, traveling the world and experiencing things that are so overwhelming, I am not even sure where to begin.

For anybody who doesn’t know, I got to go over to Ireland with my family. Ireland, Scotland, France and England, actually, all made possible by my parents. Specifically my mother who has spent the last year planning and scheming (in a totally legitimate, non-subversive way, of course) and coordinating the perfect execution of a nearly three week, four country tour of the British Isles and beyond. Most of the expense of this trip was covered by airline miles and award points accumulated carefully and meticulously through a strategy so complex and precise, that I would imagine even the spreadsheets were outwitted. My mother is a master in the art of thrifty travel and making things happen. I am in awe.

The first half of our trip was spent all over the rolling green hills of Ireland, touring the three Cs – Castles, Cathedrals and Cliffs. Then we spent two nights in the fairy tale town of Edinburgh, Scotland, where I felt certain I had stepped into Diagon Alley and was watching carefully for Ollivander ‘s Wand Shop. After Scotland, we spent three nights in France, along the Normandy Coast, visiting beaches where thousands of Allied Troops disembarked in June of 1944. Then it was on to jolly old England for two nights in London listening to Big Ben announce the imminent arrival of our departure. 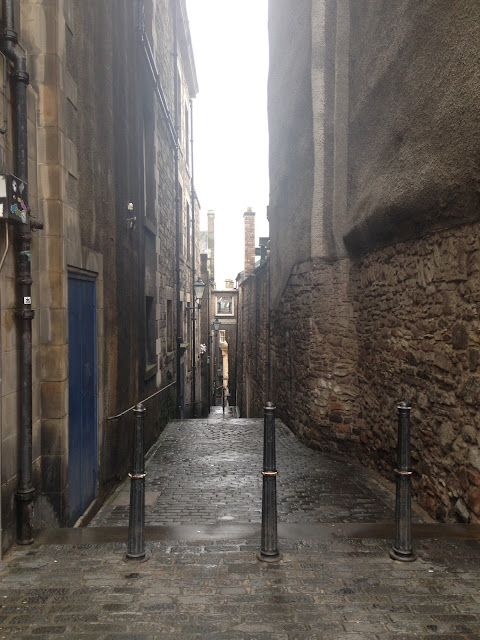 At no point, as I wandered through these long-lived lands, did the dizzying knowledge of Someone Before escape me. How many places that I stood had seen death, revolution, romance and intrigue. Thousands of years of history happened beneath my feet in these spots, before the New World across the sea was even imagined. Cities haunted by the superstitions of generations, faith that hangs in the air as thick as the ghosts that it tells about – stories whisper out of every wall about the destinies that came and went from these places. 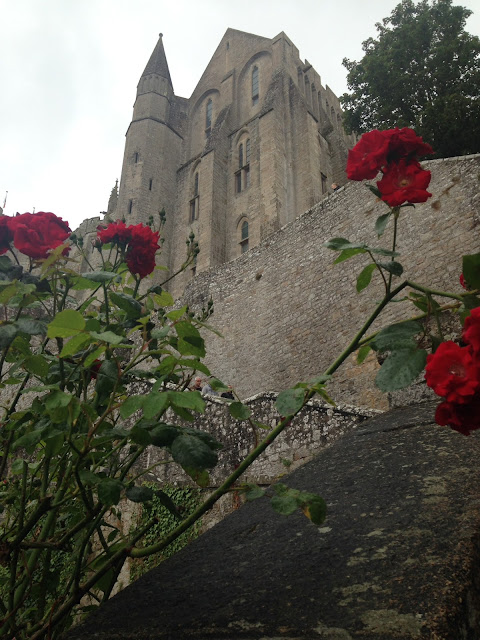 I got to put my hands on ancient stones that have known the light touch of Mary Queen of Scots and the hard fist of Oliver Cromwell.

I got to bury my feet in the once blood-soaked sand of Omaha Beach. 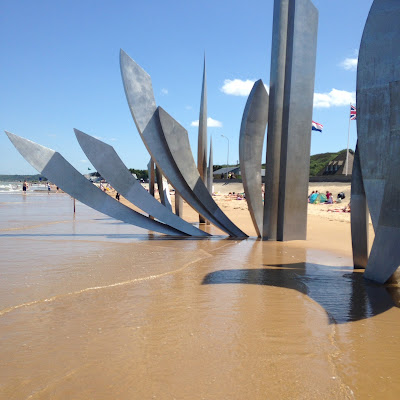 I got to look out the window of Anne Boleyn’s bedroom.
I got to stand on rocks that could tell the stories of people more ancient than we have even discovered.

I leaned against walls that saw the death-slumped shoulders of chain-mailed knights, and bricks that held up generations of legend-drunk Irishmen and their singing heads.

I sat on benches that were grazed by the silk of fine, corset-ensconced ladies and where war-tired noblemen held their aching heads in their hands. 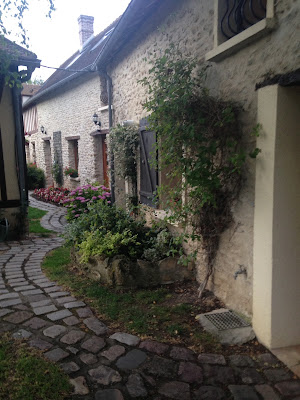 My feet got to travel the paths of age-old monks, following their trail of knowledge and faith throughout history.

I got to look up into the ceilings of castles and cathedrals that held secrets of conspiracies to thrones, illicit love stories and religious turning points that defined the destiny of the New World across the oceans. 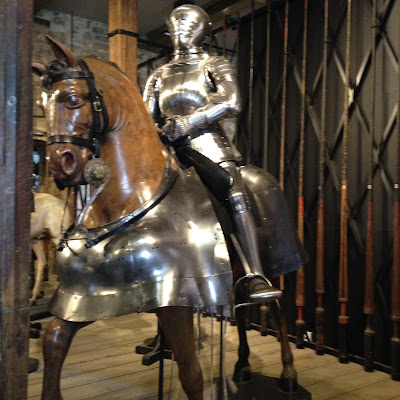 I got to see the armor that grew to enclose the graduating form of Henry the VII as he evolved through his legendary reign. 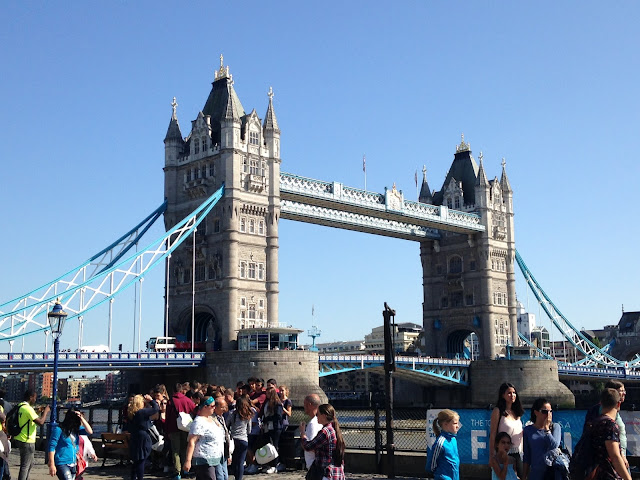 I got to feel the cold salt water waves of the hard Irish beaches that hold a thousand stories of sailors and soldiers and saints. 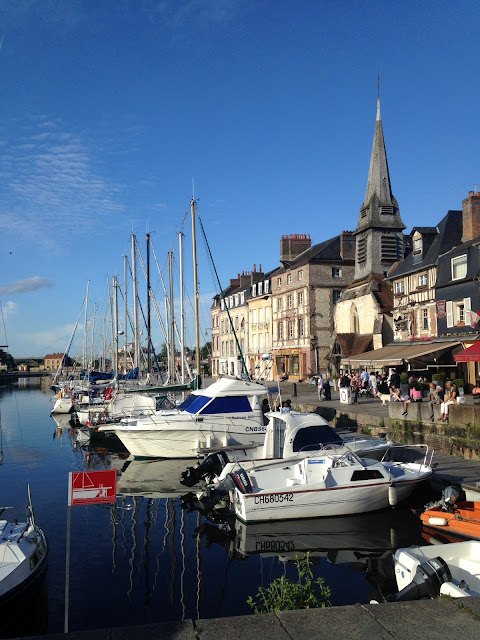 I got to walk the same worn-smooth cobbled streets as witches and kings, abbots and invaders. 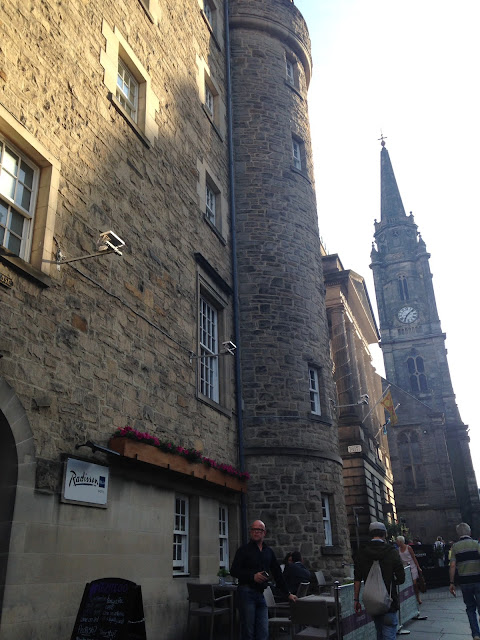 I got to stand beneath the floating feathers of Mont St Michel as they drift weightless in the still air, the suspended remnants of the archangel’s battle with the dragon of evil. 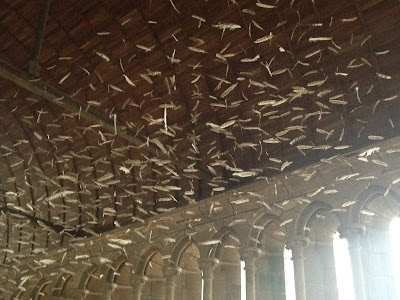 I got to lay eyes on the sparkling crown jewels of a Tiny Island that have been the reason for countless murders and wars and changes in religious trends.

I got to bear witness to centuries of traditions grafted from native beliefs onto imported rituals, a melding of spiritual, physical and legal forces compelling the people to their prescribed faiths.

I got to hear the story of religion used as a political vehicle over time, in turn redeeming and condemning followers, offering salvation and grace one minute, only to take it away at the whim of a ruling monarch and replace it with judgment and death. 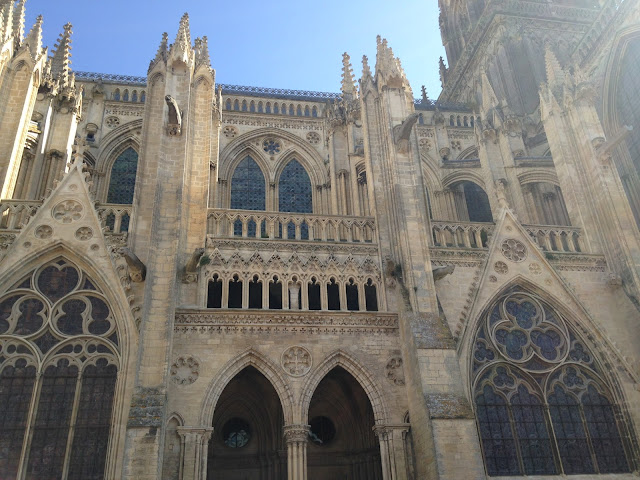 I got to visit churches that swung wildly between different observations of faith and fell mercilessly on the people beneath them, seeking refuge. Places of comfort that became places of torture, and vice-verse.

I got to experience breathtaking landscapes, Kincaid cottages, adorable villages, intimidating fortresses, cozy chateaus, ancient metropolises, and in many places, the awkward clash of new and old, mixed up together in a land that still seeks to reconcile the bloody past with the enabled present. Elevators in 700 year old castles. Flushing toilets in rustic rock cottages. Glass Office Buildings alongside thatched roofs. These places know where they’re going but they’re careful to not forget where they have been.

These are dichotomies that we see rarely in our young nation. Old is torn down to acquiesce to new, and progress is not halted for tradition. We are the melting pot of the world, and rather than learning from our mistakes, we scorn them as erstwhile products of some other entity, and we start from scratch as though our slate was clean. We deny our torture chambers and internment camps and legacy of slavery.  We hide our face from the shame of bad rulers and poor legislative decisions. Granted, we have not the luxury of centuries to ease the pain of embarrassment, but the failures of our nation are carefully erased and tactfully avoided in polite conversation. And with the avoidance comes the perpetuation. Without looking back it is difficult to look forward, and we stay forever locked in our “just fine” state of being where equality is a trendy word and not a trend. So much we could learn from our cousins across the pond of adding the new to old and retaining the beauty that comes from gradual change through time. But we are young, we are impatient, we are revolutionaries. We’d prefer to knock down the whole tower of blocks and start over if it wasn’t constructed according to our tastes. We see no value in the experience of those who have gone before us, either for their successes or for their mistakes.

I have no idea where that ramble came from... sorry. But anyway, I feel like a pretty lucky girl for all the stuff I got to do, and I've got a lot more to write up 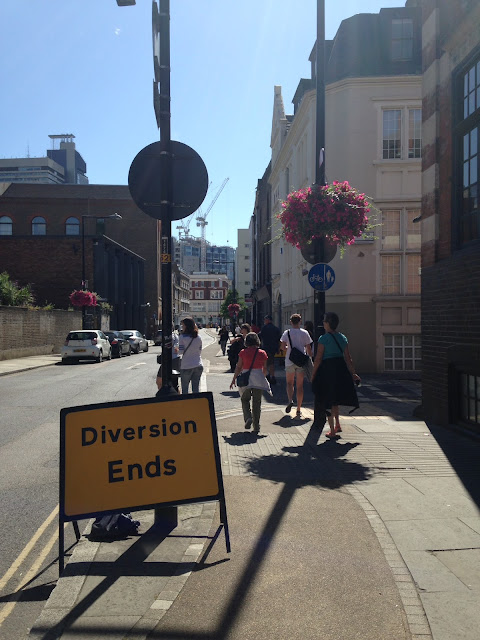