Things I Learned in Alaska 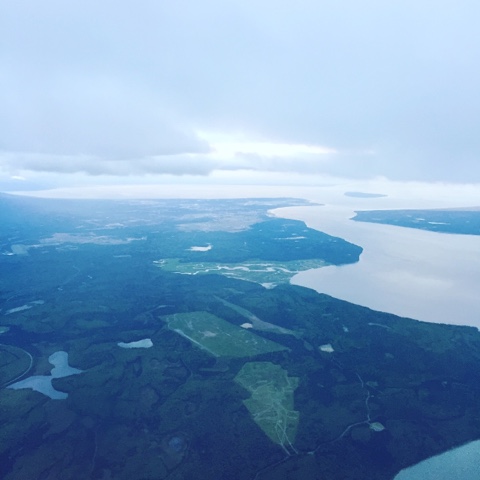 Did you know that moose love bananas? It’s true. And after extensive research on the internet and a heated discussion between mostly rational adults from 4 different moose-harboring states, the final consensus was that bananas cause no great detriment to the diet of your average moose.

Recently on a fire assignment outside of Anchorage (my first time in Alaska, by the way), I was thoroughly educated on the eating, or more appropriately, snacking habits of moose across the world. In fact, a moose farm (who knew there was such a thing?) in Sweden feed bananas as treats, especially to a moose named Ludwig who has a special penchant for the tropical fruit. This piece of information wasn’t the only semi-useless thing I learned during my time in Alaska, which was riddled with torrential rain and gusting winds. I also learned that more people are hit by lightning in Florida than anywhere in the world, but the places with the highest density of lightning strikes in the world are actually Venezuela and the Republic of Congo. There was some speculation that the human strike statistics have something to do with the high rate of walker and metal cane usage among retirees in the Sunshine State, but it’s more likely the sheer numbers of outdoor recreators that contribute to the issue. 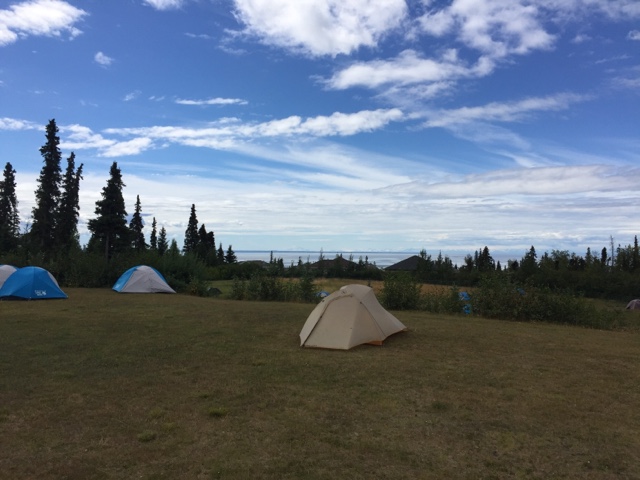 It seems like in the land of the midnight sun and eternal winters people have come up with a lot of interesting ways to kill time. Because time is one limitless thing in Alaska - either daytime or night time - it stretches on forever like the tundra under the horizon. During my week long stay, I was informed that we lost 7 minutes of daylight every day, which means by the time I left, it was “dark” almost a full hour earlier than when I arrived. Similar to experiencing the heat of the sun in sub-Equatorial summers, it makes one keenly aware of the celestial dance in which our floating rock is a participant.

In Alaska, they make things like Gyro Pizza, and Red Bull Smoothies, and put Apricot jam in really inappropriate places like pizza and hamburgers. (If this sounds tempting to you, visit The Bombing Blue food truck in Colville where they must draw on their formerly Alaskan imaginations in the kitchen.) I also noticed drive through coffee stands sprinkled generously though every area I drove past. As if drivers might have to jump from stand to stand to get enough caffeine to survive the extra long days and nights like a game of hot lava on the couch cushions.

Contrary to all of the horror stories I had heard, I never saw a single mosquito during my week in Alaska, much less falling prey to the vicious, piranha-like feeding frenzy that I was braced for. Of course I was in Anchorage, in late July, which is Alaskan civilization at the peak of it’s best season, and it was pouring rain. Like, torrential downpours. As if the good Lord just knocked over his titanic mason jar of rain water right over my tent and didn’t notice. Lucky for me I got a brand new tent and sleeping bag just before I flew out, so I got to take them for an honest-to-goodness test run, and they were AWESOME.

Really, Alaska isn’t that different from Northeastern Washington. I mean, rubber boots are still a major fashion accessory through all seasons in both locations, and I am sure our moose like bananas too. It’s a small town vibe that makes you want to leave your doors unlocked and make an extra huge pot of coffee just in case friends drop by. The beauty of the jagged peaks surrounding a stormy body of water are steady reminders that it’s the outside world that brings us all to these places - the drama and the beauty that far surpass our own achievement. And in small towns, we know drama AND beauty. 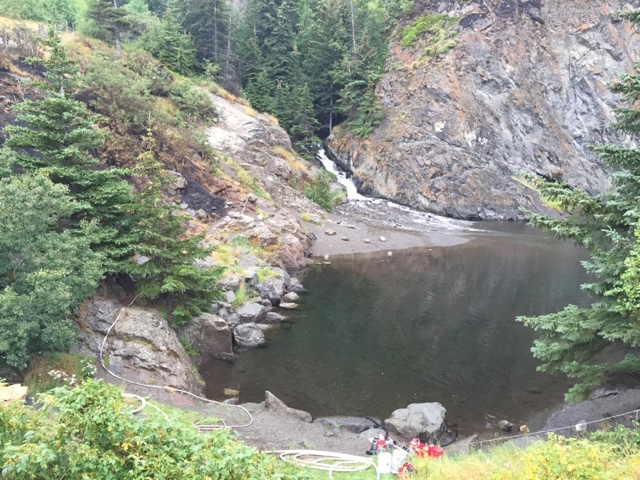 On my last morning in Anchorage, I saw a little black bear - smaller than the one that frequents my Stevens County yard, but a black bear nonetheless. I guess even though I didn’t get to climb ice falls and glissade down glaciers, or eat whale blubber or hunt seals, I still feel like I got a good taste of the 49th state and it’s wild appeal. The weather was as tempestuous as the terrain, highs and lows of sunshiny meadows and thundering mountains. I would love to go back and really explore, but I am grateful for the glimpse that I got, and I’m pretty sure it will be there when I have time to go back and learn some more nearly-useless trivia and really put my camping gear to the test.