Things That We CAN Do

My parents taught me two very important lessons growing up: 1) life isn't fair and 2) just because you CAN do something, doesn't mean you should. The first one became very clear to me with little effort expended on their part, because when you have 5 siblings in a semi-isolated homeschool environment, basically nothing is fair, especially life. The second one was learned more gradually through a trial-and-error method that had my parents alternately scratching their heads and cursing the day that I was born - or sometimes both. Whether it was running away across the city of Portland at 7 years old to use the swing set at church, or jumping off the top bunk naked to land on a cold metal lunch box with my cousins and siblings, I was forever trying things that I COULD do, but definitely/probably shouldn't have. My parents used to say that if there was a line drawn in the sand, my oldest brother would wisely stay on the lawful side of the line a very safe distance from any possible infringement, while I would brazenly stick as many appendages across to see what would happen. My younger sister is the one who figured out the line the most to her benefit by denying it's existence and/or her knowledge of it in the first place. Typical third born.

Mom and dad were smart enough to know that at some point, external government wasn't enough. I think it was probably the 110th spanking when I wouldn't stay in my bed one night and ended up falling asleep in my bedroom closet in total defiance that really drove that home for them. So, to their credit, they pushed us from a young age to put on self-government. To make choices not based on what we could get away with, but what would bring the benefit we sought, whether that was "bringing glory to the lord", making and keeping friends, or not getting caught watching soap operas in the middle of the day when mom went out to coffee with her friends. Self government is something that I have tried to teach my own kids, with wildly varying results, but who are ultimately turning out to be reasonably well adjusted adultish type people. OK, so nobody is in jail or pregnant. It's a lot of win right there. Self government, y'all.

In light of recent socio-political events, the principle of self-government again and again seems to be the stress fracture where our world is breaking apart. School shootings, gang shootings, police shootings, protests, demonstrations, deleting emails and deporting immigrants... we live in a culture of doing things because we CAN. We CAN riot in our own neighborhoods in protest because freedom of expression, right? We CAN shoot people that we hate. We CAN say things without repercussion. We CAN get away with murder, sometimes literally, because nobody taught us that the actions we choose are bigger than the consequences that we might avoid. 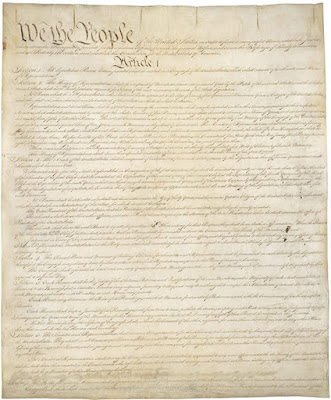 There are more things out there on both sides of the fence that I disagree with than things that I really support, when it comes right down to it. I think people are crazy, liberal and conservative, religious and secular, gay, straight, rich, poor, black, white and everything in between. Bat. Guano. Crazy. The things that we will do to each other and ourselves, the liberties that we take (because we CAN), the actions that we justify, have gotten out of control. But the beautiful thing about where we live is exactly that: WE CAN. 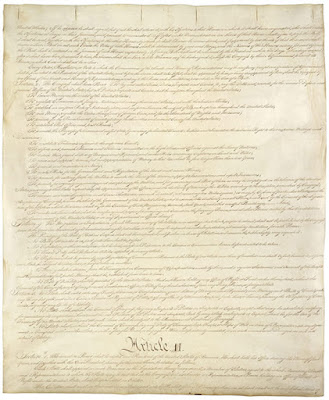 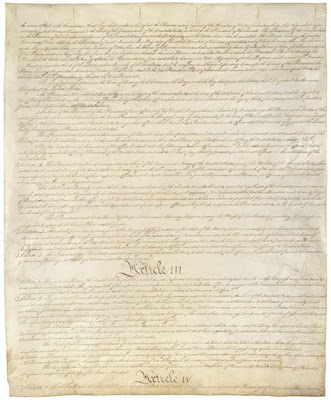 All of this CAN is powerful. And with great power comes great responsibility. Just as I don't take lightly the privilege AND responsibility of owning guns legally, neither should any freedom of expression be abused to harm and destroy communities, or exact some twisted form of vigilante justice through rioting, federal building takeovers or the murder of Peace Officers. Because we live in the Greatest Nation (without the help of a showboating political-celebrity hybrid) we have the ability and the charge of making the right choices in our actions to bring the benefit we seek: stronger communities, healthier families, safer schools and neighborhoods and a better world all the way around. 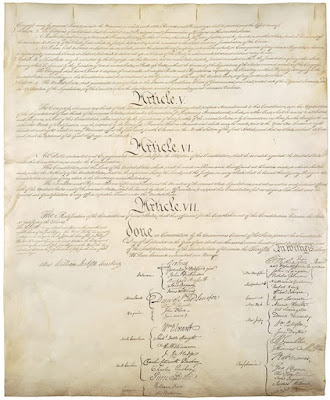 There are so many great things that we CAN do here, and so many terrible things as well. The culture of this country is entirely reliant upon the self government of its people. The choices we make as individuals define who we are as a nation, whether we are breaking out the windows of a 7-11 or candy striping at the VA Hospital, it's up to us. Whether we take a knee during the National Anthem or stand in the rain to memorialize a fallen hero, it's up to us. So while I won't defend Kaepernick, I will stand up for his right to express himself, and I will offer a nod of thanks to every Veteran and active duty Service Member throughout history that has guaranteed that right for him and for me.

What CAN you do? Or more importantly, what WILL you do with the liberties that you have? Voting this November is probably a good place to start... 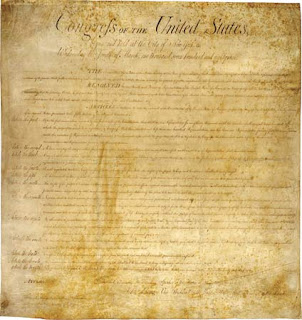 THE BILL OF RIGHTS

(In case you can't read the picture)

Congress shall make no law respecting an establishment of religion, or prohibiting the free exercise thereof; or abridging the freedom of speech, or of the press; or the right of the people peaceably to assemble, and to petition the government for a redress of grievances.

A well regulated militia, being necessary to the security of a free state, the right of the people to keep and bear arms, shall not be infringed.

No soldier shall, in time of peace be quartered in any house, without the consent of the owner, nor in time of war, but in a manner to be prescribed by law.

The right of the people to be secure in their persons, houses, papers, and effects, against unreasonable searches and seizures, shall not be violated, and no warrants shall issue, but upon probable cause, supported by oath or affirmation, and particularly describing the place to be searched, and the persons or things to be seized.

No person shall be held to answer for a capital, or otherwise infamous crime, unless on a presentment or indictment of a grand jury, except in cases arising in the land or naval forces, or in the militia, when in actual service in time of war or public danger; nor shall any person be subject for the same offense to be twice put in jeopardy of life or limb; nor shall be compelled in any criminal case to be a witness against himself, nor be deprived of life, liberty, or property, without due process of law; nor shall private property be taken for public use, without just compensation.

In all criminal prosecutions, the accused shall enjoy the right to a speedy and public trial, by an impartial jury of the state and district wherein the crime shall have been committed, which district shall have been previously ascertained by law, and to be informed of the nature and cause of the accusation; to be confronted with the witnesses against him; to have compulsory process for obtaining witnesses in his favor, and to have the assistance of counsel for his defense.

In suits at common law, where the value in controversy shall exceed twenty dollars, the right of trial by jury shall be preserved, and no fact tried by a jury, shall be otherwise reexamined in any court of the United States, than according to the rules of the common law.

Excessive bail shall not be required, nor excessive fines imposed, nor cruel and unusual punishments inflicted.

The enumeration in the Constitution, of certain rights, shall not be construed to deny or disparage others retained by the people.

The powers not delegated to the United States by the Constitution, nor prohibited by it to the states, are reserved to the states respectively, or to the people.