I made a mistake. First off, I posted something political on Facebook.

I know, do I even need to go on???? There’s enough mistake right there to last me for ages. It was a rambling piece that I largely agreed with, mostly (I thought) about taking personal responsibility to educate oneself before voting or airing opinions on weighty matters. But I realized, with the help of a few good friends, that just in copy-pasting the post, I was doing exactly what the author cautioned about.

I was jumping on someone else's bandwagon. I was not using my own mind, my own words, my own capable voice to say what I think. Because I DO think. And I don't need someone else to say it for me. I have opinions on nearly everything that matters, except maybe how overdue Leo was in getting that Oscar. #couldntcareless

So in recompense for posting the propaganda of One More Faceless Mouth With An Opinion, I am going to share mine. Feel free to share if you are lazy like me and would rather have someone else say MOSTLY the right things for you. (Although we all know that I am dead on.)

Regardless of who gets elected, this election race has moved beyond the simpler times of "voting for the lesser evil" or even the idealistic "vote your conscience". The first is an impossible choice. The second is a wasted vote, and nearly treasonous when you consider the consequences. I would like to say that if we all truly "voted our conscience" that the political machine couldn't possibly win, but I have seen the "consciences" of many people in action and I cannot vouch for that surety. So we are left with the gut wrenching choice of voting for the candidate we hate the least, any one of whom will be an embarrassment to this great country. Because the USA is great, and it never stopped being so, just because some windbag pronounced it thus. 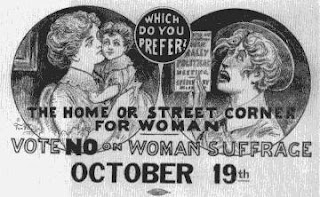 In fact, our country continues to grow greater. 100 years ago, women weren't allowed to vote. It wasn't until 1920 that voting rights were granted to women. It was only 51 years ago that President Lyndon B. Johnson signed into effect the Voting Rights Act after tear gas was used to stop African Americans on a march to protect their constitutional right to vote which was granted in 1870. The 15th amendment prevented states from prohibiting any male citizen to vote, regardless of "race, color or previous condition of servitude." We've come a long way in half a century. It doesn't mean that racism is dead in the United States, or equality is across the board and real. We still have work to do, and a lot of it. But I hope becoming "great again" doesn't mean I don't get to vote anymore. 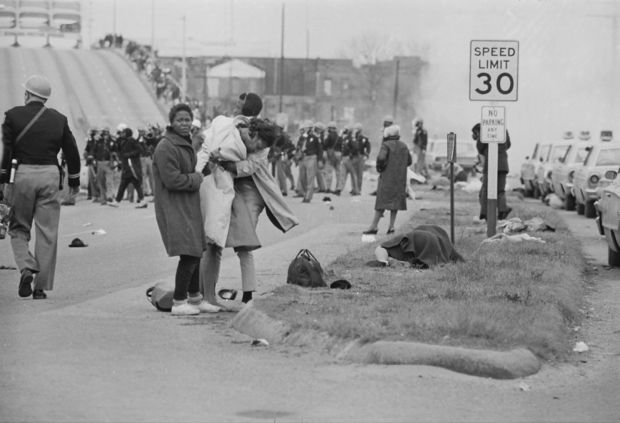 With our flaws and our struggles and our trials to overcome, we remain one of the greatest nations in the world. We voice our ridiculous opinions freely, and whether our elections are all a giant rigged charade or not, I feel safe to say that we get what we deserve in our legislatures and our courtrooms. We have most likely begun the cool and casual decent into Idiocracy (if you have not seen this film, there has never been a better time), the proverbial frog in the pot, boiling slowly to death without our knowledge. It could be happening. But the ONLY way to reverse this trend is by every individual taking each possible step to make sure the people we want in office get there. Not by holding federal buildings hostage or killing law enforcement officers. Not by shooting up abortion clinics or destroying our own neighborhoods in riots. There is a way to make our voices heard. It's happening in November.

For me, I'd just be happy to find a candidate who believed in the same things that I did. Things like dogs not ever getting old and cops never dying in the line of duty. Things like taking care of our planet one person at a time by being responsible, not wasteful, and understanding the impact of every purchase, every throw-away, every package and every trip to town. I'd like a candidate who believes in my inalienable right to life, liberty and the pursuit of happiness. One who doesn't need to legislate who I marry, what I grow, how I care for my body, or what I own. I'd like a candidate who believes in the ability of each human being, however unrealistic it seems these days, to make the best choices for their community, family and self, without passing down laws to assure this. I would like a candidate who sees me work four jobs, raise four children, and doesn't penalize me for every penny I earn, or reward me for working less.

The problem with my Ideal Candidate (see what I did there? #propaganda) is that he requires an Ideal Citizen - and those, my friends, are few and far between, evidenced by the Americans who think that shooting a cop, or breaking out the windows of a local business, or laying siege to a wildlife refuge are any sort of solution to the very real problems we face. Generations of deeply rooted racism do not go away with a riot - violence by a race only perpetuates the need to control them. Overreaching governments are not thwarted by militant attacks on federal employees - they are merely justified. And killing the sheepdogs who patrol our streets and keep us sleeping safely in our beds at night only undoes the security we enjoy as a nation. 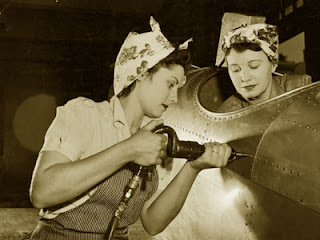 Our problem, in this Great Nation, isn't with the candidates we have running for office, it's with the people. People who have grown fat and lazy and are eating up the lies about How Things Should Be. Fairy tales about things coming free and easy without the blood sweat and tears that their grandparents shed to provide them the liberty which they squander on bloodletting and greed. We have fallen so far from the strength of The Greatest Generation, men who would give their lives for the security of an entire country and women who would give up their men, their stability and their accustomed roles to become the workforce that carried the nation. We are now a generation of men and women without a driving cause greater than free college and/or reality television. We have abandoned personal accountability as a shameful scourge of the past. We have blamed everyone else for the weaknesses in our communities. Our children are shooting each other in school cafeterias because life is cheap - everything is cheap. Of course our mental health as a nation is suffering. We don't understand the value of liberty any more. 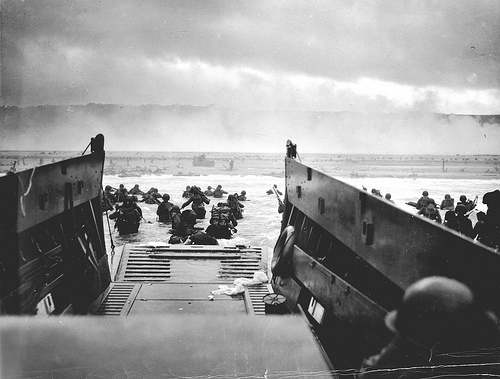 IF
by Rudyard Kipling

If you can keep your head when all about you
Are losing theirs and blaming it on you,
If you can trust yourself when all men doubt you,
But make allowance for their doubting too;
If you can wait and not be tired by waiting,
Or being lied about, don’t deal in lies,
Or being hated, don’t give way to hating,
And yet don’t look too good, nor talk too wise:

If you can dream—and not make dreams your master;
If you can think—and not make thoughts your aim;
If you can meet with Triumph and Disaster
And treat those two impostors just the same;
If you can bear to hear the truth you’ve spoken
Twisted by knaves to make a trap for fools,
Or watch the things you gave your life to, broken,
And stoop and build ’em up with worn-out tools:

If you can make one heap of all your winnings
And risk it on one turn of pitch-and-toss,
And lose, and start again at your beginnings
And never breathe a word about your loss;
If you can force your heart and nerve and sinew
To serve your turn long after they are gone,
And so hold on when there is nothing in you
Except the Will which says to them: ‘Hold on!’

If you can talk with crowds and keep your virtue,
Or walk with Kings—nor lose the common touch,
If neither foes nor loving friends can hurt you,
If all men count with you, but none too much;
If you can fill the unforgiving minute
With sixty seconds’ worth of distance run,
Yours is the Earth and everything that’s in it,
And—which is more—you’ll be a Man, my son!
at 02 March No comments: