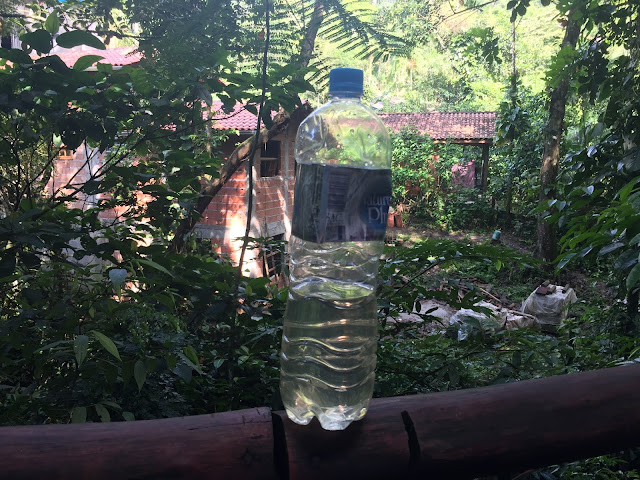 He says the tap water is fine to drink. He says, “never mind the silt when it rains like this. It should be fine. It IS fine.” His self correction was so quick that I almost believe him. And after all, since Halle and I didn’t bring enough cash to pay for our two nights at his hostel where we had only booked ONE bed, who can question the integrity of the owner? Especially when he is a Brit named David, or George, or James, or one of those really super British names, and gives one the sneaking suspicion that his frequent emergent rendezvous in the dark and rainy alleyway have more to do with a booming drug business than a hostel with silty tap water. But who am I to question? It's all about the “cultural experience”. (Turns out that George, the hostel owner, actually owned the Pousada (hotel) across the street as well and was running back and forth in the torrential rain storm to deal with guests over there. So no drugs. I think [almost disappointing].)

According to my 20 year old daughter, it was this rich cultural experience that I deprived her from when I insisted on paying for a hotel room after 5 nights in a hostel in Rio De Janiero: possibly the biggest, hottest, dirtiest city I have ever visited. It must have been the cultural deprivation that drove her to a 45 minute shower in the hotel room, uninterrupted by visitors of all sorts and unenhanced by the multicultural diarrhea nearby in a toilet that wouldn't flush. (#hostellifeforever!) I do feel like Halle should save passing her judgements on me for when she is thirty nine and a half and has given birth without medical aid in a dirt floor structure of questionable design and no flushing toilet. I will take “luxury”, with or without culture, whenever I can afford it. But luxury comes in many forms.

Like for instance, tonight, in my warm shower (all of the water here is solar heated, along with EVERYthing else), I was joined by a lightning bug. Now there is luxury you can't even buy. And the lighting storm on Ilha Grande last night, like a giant rave in the sky, thunder and rain screaming for attention like an emo support group - the kind of awesome drama that Hollywood can never recreate.

I like Brazil. Things that I like about Brazil include: The music. The food (at least the stuff I can identify). The very nice people who tolerate idiot Americans who don't bother to learn Portuguese before they visit (thank God Halle learned muito pequeno [I made those words up completely]). The fact that I have lost weight. The fact that losing weight precludes me from falling through the REALLY springy and far too flexible one by whatever wood slats on any of a hundred little bridges spanning murky water that looks like hot chocolate and smells like diarrhea. I like the turquoise water of the ocean, and the miles and miles of foamy beach, these rainbow people in all shades and colors and from every background. I like imagining a life on this side of the equator as normal, and not the foreign, sticky, sweaty, amazingly weird world it is to me.


I can honestly say that my comfort zone hasn't been breached to this level since I visited Uganda. Except that one time I had to go to church on Easter Sunday. But it's good. And I still keep pinching myself to make sure I am really experiencing it. Or maybe that was the biting ants that swarmed my feet at the waterfall. Who knows? 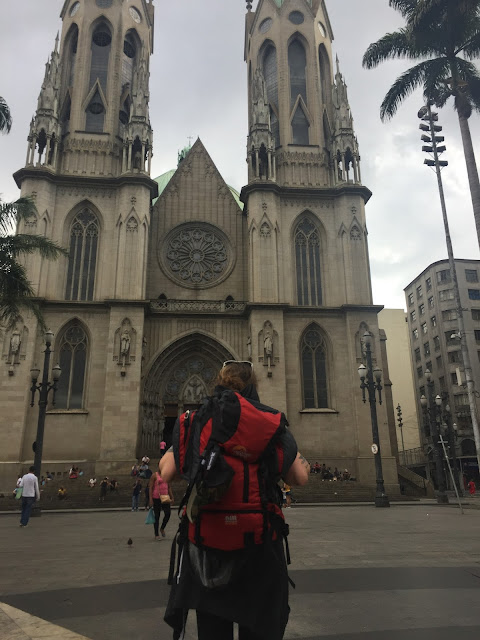