I was already crying when I read the words, but somehow they made the tears seem more useful.

I've been doing an inordinate amount of failing lately, all culminating in the ultimate roadblock of not even being able to remember my appleID login and getting locked out of my account until Apple decides to release me from iJail. If all of the failures in my life were this trivial it would be easier to laugh it off, but this is the teeny-tiny straw that broke the proverbial camel's back on top of a load of very heavy failure bricks.

Sometimes the line between failing and giving up is so fine that it gets blurry. I don't feel like I have been giving up lately, but it could easily be construed as such when you are looking in from the outside, which I frequently try to do to myself, as if a birds-eye view of my mental and psychological condition will help me make necessary repairs. At least failing indicates effort, and a push to the limit. Giving up is an uncompleted process - jumping off the train before it wrecks beautifully and predictably as it always will. I would like to think that I usually ride that train right off the rails.

It seems useless to pretend that life is anything more than a series of failures, depending on how you want to look at things. I can say that I succeeded in raising my children without killing any of them (yet), or I can say that I failed in keeping them young and innocent and protected from the ugly world of adulting - and failure. Success indicates arrival, and Lord Only Knows that I haven't arrived anywhere. But success also indicates conclusion, because what do you do after you succeed? What is there to do?

I think the most important thing is to be ok with failing. Because not being ok with failing is just a prescription for fist-shaking talks with the universe about who's fault it is and all of the if-onlys and why-nots, and those never lead anywhere except to a lot of bitterness or drinking for all of the wrong reasons. But being ok with failing means that you have given yourself permission to keep putting the effort in and driving that train down the tracks, for whichever wreck it is next destined, and if you can manage, to enjoy the view along the way.

So maybe I cried a few tears today over the failures that I am achieving. But at least I am achieving. And I will dry my eyes and get after it again. With my stiff neck and stubborn will I will saddle the camel and pick up the first brick of the next load. Maybe my camel is getting stronger, or maybe I will just learn to pick my bricks more wisely. Obviously I read too many proverbs as a child and get much too involved in analogies. I apologize.

But time IS precious, and I am excited to get on with my next round of failures, because of all of the beautiful things I learn along the way. I don't need to give up and I don't need to drag my feet. I need to rush into the trials and capture every day as another opportunity to fail big, which I seem to be pretty damn good at. 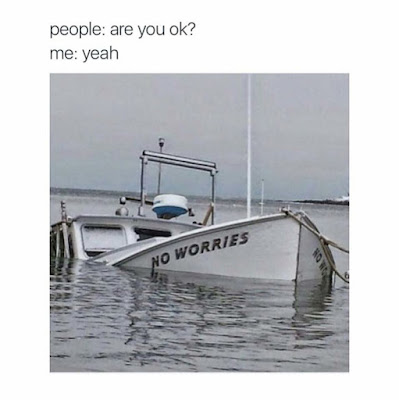