Things That Are Invisible 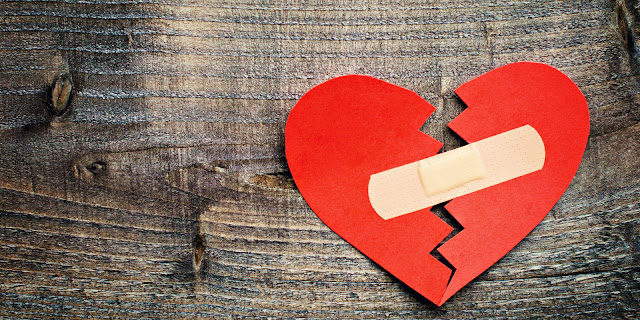 I learned in EMT class that explosion injuries happen in three phases. The first, initial, or primary impact is direct, impaled shrapnel, burned flesh - the most visible wounds. Then the secondary impact when the force of the blast moves a body physically and slams down or throws it traumatic distances across space. The tertiary, or third impact is the hardest to see, it’s on the inside, when the internal organs of the victim are slammed against each other and against the skeletal structure and damage occurs. These injuries can be the most dangerous because they aren’t readily visible or easily identified. Care providers can be distracted by a bleeding wound when a vital organ on the inside has ruptured and irreparable damage is happening quietly, out of sight.

My heart has been breaking over the last week after the news of the Las Vegas shooting broke. We’ve recently lost guys from the 82nd Airborne in Afghanistan, and Green Berets in Niger, and people I care about are losing battles with their own demons. It makes me think about these tertiary wounds. My veteran friends who grapple with the invisible killer of PTSD are now joined by once care-free civilians who held loved ones in their arms as they died outside of the Mandalay Bay Casino. The long term damage that happened when those bullets impacted the victims of the Route 91 Harvest Festival shooting is something that most of us cannot comprehend. But some of us can. There were combat veterans in that crowd in Vegas, and we saw them.

We saw them loading bleeding victims into the backs of random pickups. We saw them lay their bodies across strangers to shield them from the shooter. We saw them plugging bullet holes with their bare hands with no thought for personal safety. It wasn’t just the combat vets that were heroes that day, but they were there. And they get the battle with the ghosts better than the rest of us. They get the rest-of-your-life impact of the bullet that didn’t hit you, but the 20 year old girl next to you. They get the survivor’s guilt. They get these things that people who have never enlisted also never expected to suffer. And now some of us, some regular people who lost loved ones, who witnessed the senseless loss, maybe some of us get them a little bit better too.

Country artists are singing about who lives and who dies and who chooses, a heart-cry that soldiers have sought answers to for generations. The cracking pop of a gunshot means something different to more than 20,000 people now - it means the same thing that it has to combat vets for a long time. It means the possibility of death, or even worse, the possibility of survival when someone else dies. It’s a reminder of the wife that you did CPR on while she lay bleeding on the warm Vegas pavement. It’s the nightmare when you can’t find the friend who was standing, running, screaming next to you, only moments ago, down a sidewalk on The Strip or a dirt road in Iraq.

The battle that all of the victims of the Route 91 shooting face, more than 20,000 of them, is a real one. It’s just as real as the one our combat vets have been fighting for years, and now it’s hit a little closer to home. Las Vegas is a far cry from Afghanistan, and while most of these 20,000+ never signed up for combat, they’ve seen violence mow down the innocent indiscriminately.

It’s a good time to reach out to the vets and victims that are near us, and they are everywhere - it’s time to try to see the invisible wounds, the tertiary ones. It’s time to stop turning a blind eye or a deaf ear and it’s time to seek to understand the pain of watching destiny determined by a force of evil. It’s time to know that the hearts bleeding out invisibly are just as deadly as the shots that tore through that crowd, as vicious as the IEDs that rob of us our sons and daughters on a daily basis overseas. 22 vets a day prove this. Suicides spikes across every demographic scream it out.

Listen. Hold them. Be there. Look for the signs. As these events become more commonplace in our society, the population density of victims grow, and not just the ones who have been buried. They are all around us, next door, at school, at church, in an airplane seat. It’s a good time to start living with compassion for the people all around us, victims of domestic terror, gang violence, combat veterans, and the ones who have faced trauma that we will never hear about and can’t imagine. Trust me, they’re standing right in front of you. Just have eyes to see.


Veteran’s day is coming up. Don’t just thank them for their service. Acknowledge their loss, even as they live good, all-American lives next door to you. Accept their grief. Embrace their pain. Commit to their healing. It’s a good time to stop pretending that we don’t know how to help. It’s a good time to stop pretending it’s all good when it isn’t. We know how to be human, we know guilt, we know pain. We know joy and we can bring it back, but to bring light to the dark places we have to find them first. Find the bleeding hearts. Let’s start looking.
at 09 October