Things About Being Enough

I woke up on the wrong side of the bed this morning. I even tried getting back in bed again for a do-over, to see if it would help, but it didn't. Part of the problem was that I was online before 6AM googling things like "What is an IRA" and "What's the difference between a Roth IRA and an SEP IRA" and after a slightly entertaining rabbit trail about the history of the Irish Republican Army, I got back on track and became thoroughly confused, POST HASTE.

See, after all these years doing things "my way", a la Frank Sinatra, a la seat-of-the-pants, a la rolling-ball-of-chaos, I find myself at 40 years old without a plan for when I am 59 1/2. I don't think I have ever even imagined being 59 1/2, which, as I was gently reminded by Someone Who Cares, is only 19 1/2 years away. Here I am, all proud of myself for the first time in my 40 years for having an actual savings account with actual money in it and it's almost like it's just a brightly shining reminder of all the other money I don't have.

No retirement fund. No investments. No properties. Just an overabundance of shoes, an orange truck, two dogs and four relatively functional children to show for the last 40 years. It would be easy to wonder what I have been doing with my time, having nothing to show for it, except I keenly remember every hour of the billions that I have worked at hundreds of jobs over the last 3.5 decades.

It's all epically timed since I just got Brene Brown's book Daring Greatly, in the mail and right after researching IRAs sent me into a mood nosedive I opened it up to the first chapter wherein she perkily delves into the realm of scarcity. If you haven't read it, I basically outlined it in the previous paragraph. It's almost like she was yelling at me.

“When we spend our lives waiting until we’re perfect or bulletproof before we walk into the arena, we ultimately sacrifice relationships and opportunities that may not be recoverable, we squander our precious time, and we turn our backs on our gifts, those unique contributions that only we can make. Perfect and bulletproof are seductive, but they don’t exist in the human experience.” -Brene Brown


Needless to say I tossed the book across the couch in fit of mild disgust and went back to sulking about my imperfections and the impossibility of my situation.

I am 40 years old. Well on my way to 59 1/2. If I haven't figured out how to be enough by now, then I probably won't ever. Which means I have to figure out a way to turn what I do have into enough for me and to make it start working. Because it really is about me. It's me that I am not enough for. It's not my kids or the critics I fantasize about outside of myself. It's me. Ok, and maybe a few select others. Regardless, the torture is more in my own head than any outside force operating on me.


In addition to avoiding Brene Brown's words of wisdom, I've been reading some stuff by an old Roman dude named Seneca. I feel like I'd like to go have beers with Seneca sometime, because he speaks not only to the uselessness of worry and self-doubt, but also he reminds me that maybe I do have something to show for the last 40 years, even if it's not in a Roth IRA, earning 3% interest (is that what they do? I don't even know). And yes, I am scared to death of savings accounts that can't be touched and working my ass off for money that disappears into one of those big sneaky bank things that have only ever done me wrong. But I have to start somewhere.

"...the only contestant who can confidently enter the lists is the man who has seen his own blood, who has felt his teeth rattle beneath his opponent’s fist, who has been tripped and felt the full force of his adversary’s charge, who has been downed in body but not in spirit, one who, as often as he falls, rises again with greater defiance than ever." - also Seneca

Also, I still have time. Time to find out how to be enough for myself. Time to imagine what I want 59 1/2 to look like. Time to learn about IRAs and SEPs and Roth thingys. I might be behind the curve, but I am picking up speed and my drag is getting a little less every day. And that is enough. (PS, I am accepting free financial advice from anyone that has more money than me. Which is to say, everyone, including two of my daughters.) 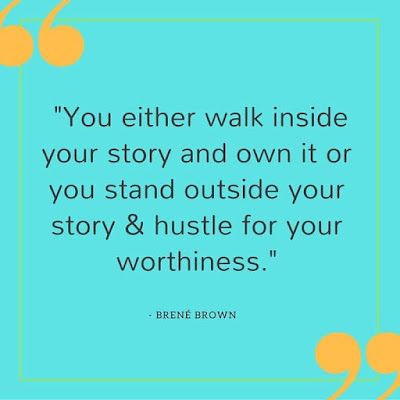