Things About The Good Ones

Even though I am an EMT, I haven't been around death all that much. I like to think I am one of the lucky ones, a "white cloud," narrowly missing the gruesome calls that are so hard for responders to shake off. Not that I haven't been on some horrible scenes, and not that I haven't seen death, and grieving, but in both my personal and professional life, my exposure has been less than that of many people I know, and I am grateful for that.

In the last few weeks, two people that I know have passed away unexpectedly. Two people who were too young. Two who were, in my memory and experience, good people. One was an exchange student who graduated with MacKenzie's class and then went back to Brazil. He killed himself two weeks ago. There couldn't have been a more unlikely kid. 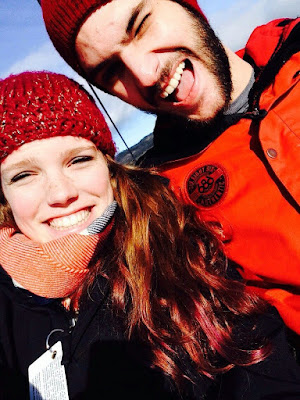 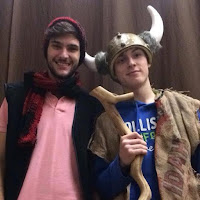 The first day I met Felipe, I was the subbing for the high school science teacher, during the very first week of school in 2014. When I got to my classroom there was a tall man standing in the back of the room with the other students. He was over 6 feet with a beard and a tattoo on his bicep. I asked him if he was a TA. He looked confused and told me, with a suave Portuguese accent, that he was Felipe. Turns out Felipe was almost 18. He was a senior in high school, a model and on top of all of that, a genuinely kind, good guy. Felipe went snowboarding with us that winter, the one thing that he had been most excited to do in Washington during the winter. He loved it. He was a good friend to MacKenzie, when most high school boys used her adolescent insecurities to their advantage, he encouraged her and praised her without using her or capitalizing on her great beauty and soft heart. He played Kristoff in the World's Worst Production of Frozen, and while the other high school boys rolled their eyes, wrestled back stage and broke props, Felipe diligently memorized his lines and played his part faithfully without complaint in what was ultimately a great lesson in humility for all involved parties. He was one of the good ones. He was back home in Brazil, he had just turned 21, and was going to college when he took his own life. I will never understand how such a permanent, irreversible choice seemed like the only one to a boy who had everything going for him. 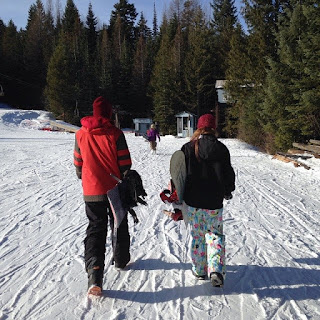 The other day I heard that another friend passed away. He was one of the first professional wildland firefighters that I met when I was pregnant with Aspen in 2003, going through Guard School with the Forest Service. Lynn was a gentle giant. He was a jolly soul with a sandy blonde beard and some sort of beach-boy laid back confidence. He reminded me of my Uncle Leonard, which was funny to me since Uncle Leonards' wife is Aunt Lynn. But Lynn the firefighter talked to me about fire, about fire boots, about hot shots and fire stories as I ran into him over the years. I considered him one of my mentors in the fire world. One night in Kettle Falls, back when I was learning all about who I was, I had too many drinks and Lynn drove me to a friend's house to keep me from driving. He was always kind, funny, helpful, encouraging. Lynn died last week. He was only 55. Just last fire season I was teasing him about getting me signed off on a new qualification. He seemed ok. But I think that the good ones usually do.

Neither of these guys were close, intimate friends of mine. They were more acquaintances, but both of them touched my life enough to make me know that there were many, many other lives they touched even more profoundly. I am sure the people closest to them could fill in the blanks about their flaws and weaknesses, and maybe the signs leading up to their disappearance from this world. I cannot. I knew only good, kind men. Ones that I would, and did call, when I needed help. Ones that would come. I was talking to a friend who knew Lynn, and I told him that sometimes the ones that seem the strongest and give the most aren't the best at taking care of themselves. I wish that I had known them well enough to be around when they needed help. Because I would have come. It breaks my heart that they are gone now. Too soon and too young. But they gave the world something, and they gave me something, and for that I am grateful.

Losses like this give death a whole new significance for me. It's such a heartbreaking reminder of the permanence. It's such a stark wake-up to the brevity of life and the realization of how much we impact one another, even the distant circles. I have struggled in the Dark Places at different seasons in my life. I have fought to find reason to go on. Sudden loss is a great reminder of how precious each day we are given truly is. It gives me a new and deeper gratitude for the second, third, tenth chances I am given. I makes me profoundly thankful that I have not made permanent choices that would forever change the ones I love. And it makes me more determined than ever to see the hurting ones,  especially the ones without voices for their pain. The strong ones who need help without knowing it.

The world, and my life, was brighter for having held these two souls and it was dimmed just at little at their loss. If I could have one wish in the whole world it would be to rewind time and to ask them how I could have helped. To hear what their heart cry was. To be there for them and with them in the Dark Places. But that was not my place, or my time. My place and time is here, with others who have their own Dark Places. So I will be here, and now, listening and asking.