So I have been reading all of these books lately that talk about meditation. Meditation isn't something I've really practiced getting good at because well, I'm me and holding still for more than 30 seconds is REALLY HARD if Game of Thrones or Vikings isn't on TV. But It's something I've decided to work on since stillness and focus and direction all seem to be recurring problematic themes in my life.

Today I set the timer to meditate for 10 minutes, which seemed to be the agreed upon reasonable starting point for most beginning meditators according to a variety of self-help authors. I decided to lay on my back because sitting hurts my hip and I didn't need that distraction, so I got in a savasana-type pose with one hand on my heart and the other on my belly to really connect and all of that stuff. The first 5 seconds went really well.

I closed my eyes and practiced the words I had decided to say in my head to help me focus on not focusing on anything. "Air in - air out." I said it a couple times but then I realized I was fighting really hard to keep my eyes closed so I opened them to remove that distraction. That's when I noticed the texture of the ceiling was like a topographic map, but in reverse, where all the low areas are actually raised. Like topography in negative. Then I realized I was not focusing on not focusing and redirected my thoughts. "Air in - air out."

"Air in- air out, air in - air out...my nose... air in - air out... my nose... is so weird. I hate it in pictures." uh oh. the wandering... "AIR IN - AIR OUT. Not that I like any pictures of me, but those ones I just sent with my bio for the articles REALLY make my nose look weird. And they're not very professional. I should look into getting some professional head shots done. Then the photographer could like, airbrush my nose... oh crap. AIR IN - AIR OUT." I could tell I was slipping and I am pretty sure I was less than 2 minutes in. So I laid my hands out to my sides to remove the distraction of contact with my body and decided to switch to the word BLUE instead of all the other words because I was kind of bored with them.

Plus blue feels calm and serene and like the thing I would want to focus on if I was focusing on nothing. Not blue like depression or sadness. But blue like water and air with clouds floating in it... how many minutes I spent reconciling myself to the new word I was going to silently chant, I have no idea.

"Blue. Blue. Blue. Blue like the sky. Like the sky over the ocean on that one beach in Brazil... where was it? Oh yeah, Ilha Grande, when Hal was super hung over and I took 7000 selfies because I was basically alone on the beach all day, but it was fun. The sky and the ocean were almost the same color. Oh crap. BLUE. Blue. Blue. Blue." When I was able to stop the chatter, I could almost see a blue haze behind my eyelids. "Blue. Blue. Blue. Like that Keith Urban song. I don't know if I really like him. I mean, as a person he's ok, but his music... meh. And that stupid song with Carrie Underwood. UGH. Make it stop."

"Blue. Blue. Blue. Blue. What size are these underwear? They feel like smalls. They're binding a little. But they're so cute. I mean the fact I can even get into a small... UGH. Blue. Blue. Blue." This is my mind, people. I spent the last three minutes of my "meditation" writing this blog entry in my head. But you know what, it's a start. 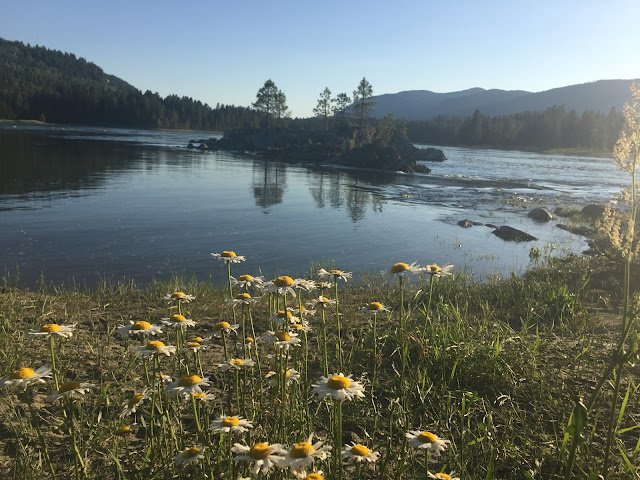