Things About Beer, and Words

Today, it happened. Today, as I sat cozied up to the bar at my favorite brewery, some guy came up next to me and started talking beer. It wasn't ten minutes into the conversation that he asked me if I was the "one who writes the stories in the paper." I answered in the affirmative and he said he recognized me from the headshot with my beer column. This means I am famous. This makes me a celebrity. I have arrived. I will be selling autographs later.

It's not really that I am famous. It's really just that beer is the great equalizer. It brings people together and levels the playing field across generations, fashion sensibilities, mood swings... Beer is love. Beer makes every conversation bearable, every task (almost) enjoyable, and any company endurable. Beer is the best.

Lately I've been having a hard time writing. I mean, I can do the stuff I have to for work, but I have certainly been feeling less than inspired to spew original ideas that have any real merit. Running into somebody who reads, and actually digests, and maybe even enjoys, the words that I write, helps me feel like I am not always screaming my words into an echoless void, which might be a writer's worst nightmare - it's definitely mine.

When I left my post as the writer at the Silverado, it was more of a release of the THING that offered me a pathway into the community than it was quitting a job.  Much like beer lubricates a conversation, or a relationship, or a bad decision, writing for a local paper gave me an in. I let it go because I knew my heart was headed in a different direction, which it always it, the direction with less commitment and more insecurity, because I like adventures. And suffering. And I like having an "in," but I've found that I also like to sit back and observe in anonymous ambiguity, watching and waiting for inspiration.

I love writing about things I love. Like beer. Or history. Or psychoanalytical bullshit that I make up randomly. I don't love writing about things that I don't care about and then having to have conversations about those things with people who read my stories and expect me to be interested and/or have expertise, when in reality, I did what I was told. And doing what I am told has never been my favorite.

So back to the beer I go. For drinking and writing and making friends. And back to the writing, for thinking and understanding and being famous. Or not. Either way, as long as there's beer. 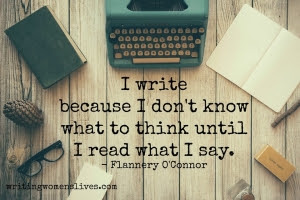