Things About Going Places: The Colombian Edition (episode I) 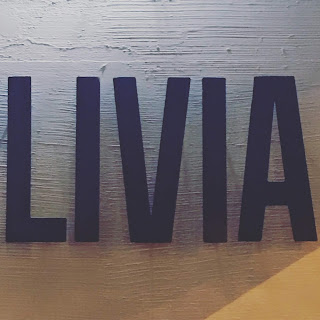 Wherever you go, there you are.

I am here in Colombia - the country, not the outlet store - and the most striking thing about the place is me. That no matter how exotic and fabulous a place might be, if I am there experiencing it, I am also there bringing the experience of me to it.

It seems like most problems should be curable with a lot of sunshine, cheap beer and a solid tan line, but the reality is that those things only make certain issues more uncomfortable. Like being overweight for instance. I wonder how much less I would sweat if I was a healthy weight? Truth be told if I were thinner it would be harder to achieve the fitness goals that my Apple Watch seems to set and change for me randomly. While I am soft and pasty it seems to cut me some slack and congratulate me for riding a long escalator uphill.

But seriously. I am no cooler in Colombia than I was in Colville. In fact, probably less so. Apparently "white-trash noir" isn't a thing here in Medellin, and I would fit in better with some grandma print shirts and pleather pants, which I am actively in the market for. So maybe "white-trash noir" is THE thing here, but less white. Either way, I am definitely doing it wrong. I was SO PROUD of packing so lightly and with such versatility, reading no less than 8 blogs on "how to pack for a month in changing climates" since Cartagena is on the ocean and Bogota is in the mountains and our adventure was definitely not planned out for wardrobe efficiency. But for all my cock-sure packing, it turns out that one pair of yoga pants, one pair of jeans, and some frumpy shorts are not all it takes to walk the streets of Medellin. (And by walk the streets, I don't mean in the professional sense, although I do know where to go if I need to make a few extra bucks.)

So far, in the six days that I have been in this country, I have learned how to successfully communicate through sign language that I don't speak Spanish (did you know that it's the same as the universal sign for choking? Or at least it seems to work every time) and how to tell a taxi the wrong place to go. In fact I am probably the best at that EVER. Of ALL TIME.

I've also gotten a bit of a sunburn on my left shoulder, won all sorts of badges on my apple watch and been groped by someone on a metro that was more crowded than my parents' stairs on Christmas Eve.

Shout out to the dude over at Desk to Dirtbag for his tips on visiting Medellin. He's been spot on so far. Some of the best things I have seen since I got to Medellin include a guy walking 17 dogs at once, the cleanest metro cars EVER, ALL OF THE CHRISTMAS LIGHTS, Fernando Botero sculptures which made me feel oddly comfortable and at home with their gross disproportion in Plaza Botero, the fact that at least 45% of cars have reindeer antlers on them, and on Saturdays and Sundays, how the city closes one direction of their four-lane north/south thoroughfare until 1300 so people can walk their dogs and kids all up and down it for fitness. Or maybe just to show off those amazing Colombian butts. Either way it's cool.

We took a Real City Tour with a guide named Pablo of the city center that was totally rad. He explained that the metro cars remain pristine even with people crammed into them like sardines because the metro is a source of civic pride. The construction of the metro in the late 80s symbolized the emergence of Medellin from the clutches of a violent era of cartel wars and murder in the streets. It represents hope to the people of a cleaner, better future. Pablo shared his earliest memories of mass murders in his neighborhood in the 1980s when Pablo Escobar's reign of terror was at its height, and the evil that plagued their city at the time.

We spent some time in Botero Plaza, around all of these fat, funny looking statues, and later, as I read about the sculptor, Fernando Botero, a Medellin native, his perspective of beauty and reality was an odd-shaped breath of fresh air. The artist said once "Art should be an oasis: a place or refuge from the hardness of life," and for many reasons, his sculptures are that for Medellin, and that place was for me, as well. The most poignant of his statues is a fat bird that sits in San Antonio Plaza, a large open square with an amphitheater on one end that is used for large public gatherings. In 1995, an unknown terrorist placed 22 lbs of dynamite at the base of the bird statue during a crowded event. 30 people were killed and more than 200 were injured. The artist, upon hearing that the mayor wanted to move the fractured statue from the square and erase all evidence of the violence, called and demanded it be left as a reminder. He then crafted an identical bird which stands, whole and unscathed, next to the demolished one, as a tribute to hope and peace. This is Medellin. And I kind of love it.


They also have this alcohol here that is sort of like bourbon to Kentucky, or Fireball to Northport, called Aguardiente, which literally means "fire water." I did some professional research before getting involved and learned that most of the locals drink it "sin azucar" to avoid a hangover the next day. It tastes just like Good n' Plenty candy, but with less sweet. So basically, black licorice, but not in a Jaegermeister way. It's actually really good, especially with some good ol' fashioned American Country Music at the end of a long, weird day in a hostel room that you can't figure out how to use the air conditioner in. (Don't worry, we figured it out by day 3). Also Aguardiente, or "guaro" as the locals call it, seems to be a pretty sound remedy for a belly that has some reservations about the empanadas you bought from that one place on the corner that Pablo said was good.

Speaking of food, they have these things here called "buneulos." I feel bad telling you about them because you can't find them wherever it is you are, unless you are Colombian, and other than Pablo, I only know one of you (hi LUNA!), But HOLY COW. It's sort of like a savory donutty thing that is deep fried cornbread with cheese mixed in and quite possibly one of the four best things I have ever eaten, right behind steak, pizza and chicken chow mien. I've only allowed myself one buneulo so far, because (referring to paragraph one) I already have enough extra pounds to sweat off, but jiminy christmas they are yum.

Anyway, for now, I am going to go back to being me, here, and here with me, because it turns out I can't escape it, even if I have more tasty buneulos to brag about than beautiful Colombian butt (but I hear surgery is cheap here...). I know you all have a million questions, mostly about coffee and cocaine, so I will touch on those in my next blog. Ciao!

at 14 December No comments:

It's been a battle for me to write lately. I've been in a place of self-censorship and insecurity that makes me feel like my words are useless and have no meaning. I seem to be able to pull together 250 words about Maren Morris' new album, and other things that pay the bills, but when it comes to getting real and getting personal, I have had this hardcore block for awhile. It's straight fear based, and I hate it. I don't know what I am so afraid of, because like Morris says in her interview, there will be critics everywhere whether we act or speak or think or whether we do none of those things.

Don't get me wrong, humility is a beautiful thing, it really is, but unworthiness is an ugly monster that paralyzes. I hate being paralyzed. It's so inefficient. Hate it. There's such a fine line between the humility of knowing that your ideas and perspectives are never more than half-baked in this crazy world, and the harsh judgement of external (and internal) voices telling you that you're an idiot, or that you've been more wrong than right. Usually I stay sane by remembering that I never have all the answers, or the whole story, but lately, I have felt like I don't have any answers and I haven't even gotten into the first chapter of the story.

So I've been on silent mode. All the buzzing ideas and thoughts are muted and I push them down and away to avoid letting anybody know they're there, much less subject them for review. The worst part about this mode of operating is that I feel dumber every single day. If we aren't throwing our ideas and thoughts around and having them pitched back to us with tweaks and new understanding, our brains are just lying fallow, absorbing whatever tripe is funneled into them. That's where I've been. Absorbing tripe. Not sharpening, not reflecting, just becoming saturated with unfiltered blather that is shoveled at me. I'm so over it. I am so ready to be "woke." To start risking my own thoughts again. And to wrestle with the fear and pain of conflict if that's what they create.

I still have things to say. I've just been hitting the silent button for so long that I feel like I've forgotten how to use my words. I've lost my voice.

Bear with me as I awkwardly blunder my way back into thinking, and stumble around the words that have become so foreign to me.

I missed NaNoWriMo, but I plan to write December into an epoch, one sentence at a time, and I think I will do it from exciting, exotic places. Because why not?

at 04 December No comments: