Things That Don’t Measure Up

I’ve chased my heart in circles trying to understand how it works that I have never been enough in a relationship.

I’m starting to understand that it isn’t that I am not enough, it is that I attract people who lack so much that I can’t be enough for both of us. In fact, it might be my fullness as a person that draws them in, and it’s enough to get us pretty far down the road.

I’m pretty good at loving without conditions. I’ve had enough broken hearts to make me resilient, so I bounce back quickly from small hurts. My mistakes have made me humble enough to own my shit in a conflict. My lonely times have given me enough bottled up love and affection and care to meet some of the greatest needs.

I am self reliant enough that I have the liberty to love by choice and commit my whole heart, knowing I can survive anything. I am confident enough that I can find value even in unlikely places and love regardless of outside opinions and without fear of protecting an image.

But I’m not Weak ENOUGH to fulfill their need for power and control. I’m not needy ENOUGH to accommodate their unrealistic want for shallow ideals or superficial algorithms for success. And I’m not desperate ENOUGH to allow their lack of compassion and kindness to thrive. I’m not enough of many things.

Knowing all of this doesn’t make rejection hurt less. I hurt for the loneliness I face and the failure of another love. I hurt for the lack in them that won’t allow me or any other woman to be “enough.”

I know I’m strong enough to get through it, even when I feel like I can’t.

I just pray that somebody who is as full as me comes along so that we can be enough together, wanting for nothing. Between the two of us we’ll have all the tools and strength to solve any problem and meet any need. ❤️
at 01 May No comments: 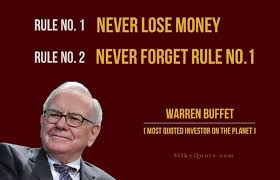 Warren Buffet says that if you aren't willing to own a stock for ten years, you probably shouldn't even own it for ten minutes.

I've been reading a lot about investing in stocks, which from everything I have gathered, the only real way to really get ahead in the stock market is to buy and hold for an awfully long time

Before now, the stock market loomed in my mind like a giant, evil nemesis of All That Is Good in the world, partially because of my childhood obsession with the Great Depression and partially because I had to somehow feel OK about the fact that I would never have a single dime to even consider investing. But as I get older, the more I learn and the more "discretionary" dollars I have to tuck away for the future, the more stocks become a socially respectable form of gambling in my mind, and I have always said I would really like gambling if I ever got into it.

The few hundred bucks that I have invested into stocks since Novemberof '18 are at this point showing an 80% average gain - and while that average ebbs and flows, I get as giddy as my a Stecker at a barn sale when some stock I am mildly interested in takes a wild nosedive and is ripe for the picking. It's like a scavenger hunt, based half on gut instinct and half on the advice of scathing wall street commentators from both sides, and I like it. I pick stocks that make sense to me, products and programs that I understand or use. I bought Facebook even though I was counseled not to, since "it has nowhere to go" and it's already made me some money. My new pet is Tesla, which is bottomed out at the moment and waiting for a few hopeless romantics to jump on board and maybe be part of a big future.

I think smart investing holds a lot of parallels to relationships. We jump in based on gut instinct disguised as a crush, and fueled by the approval of our peers and family, or if we're rebels, the disapproval. But so many of us like to take the little gains we make and cash out fast, thinking we know so much and we can just upgrade to an even better earner, or when things start to dip we panic and cut losses and run. Not many of us buy and hold any more.

The stock market is rife with short termers buying and selling for a quick turn-around profit, but what about the guys like Buffet who buy at the bottom and sit on it for decades? That's my plan, with stocks, and with life, given the opportunity. It's good to avoid reckless investments into things that have no potential, but there's no way to foresee a dud every single time.

I've done my share of investing both emotionally and financially in things that I believed firmly would pay off exponentially in the long run, and some of those things have just deflated right out from under me. Maybe Tesla will too.

The biggest challenge with both stocks and relationships is knowing when it's really time to get out, whether it's been ten minutes or ten years -when you have maximized the potential of your investment and it's time to move on. Maybe there's a stock out there worth hanging on to until the bitter end when you're ready to cash it in and go basejumping in Australia - or pay your nursing home bill. I dunno. I'm just an infant in this money world but I like it, and so far it seems like I might be better at picking my stocks than I am at picking my relationships. But I'll keep gambling...

PS, if you want to play the roulette with me, go here: